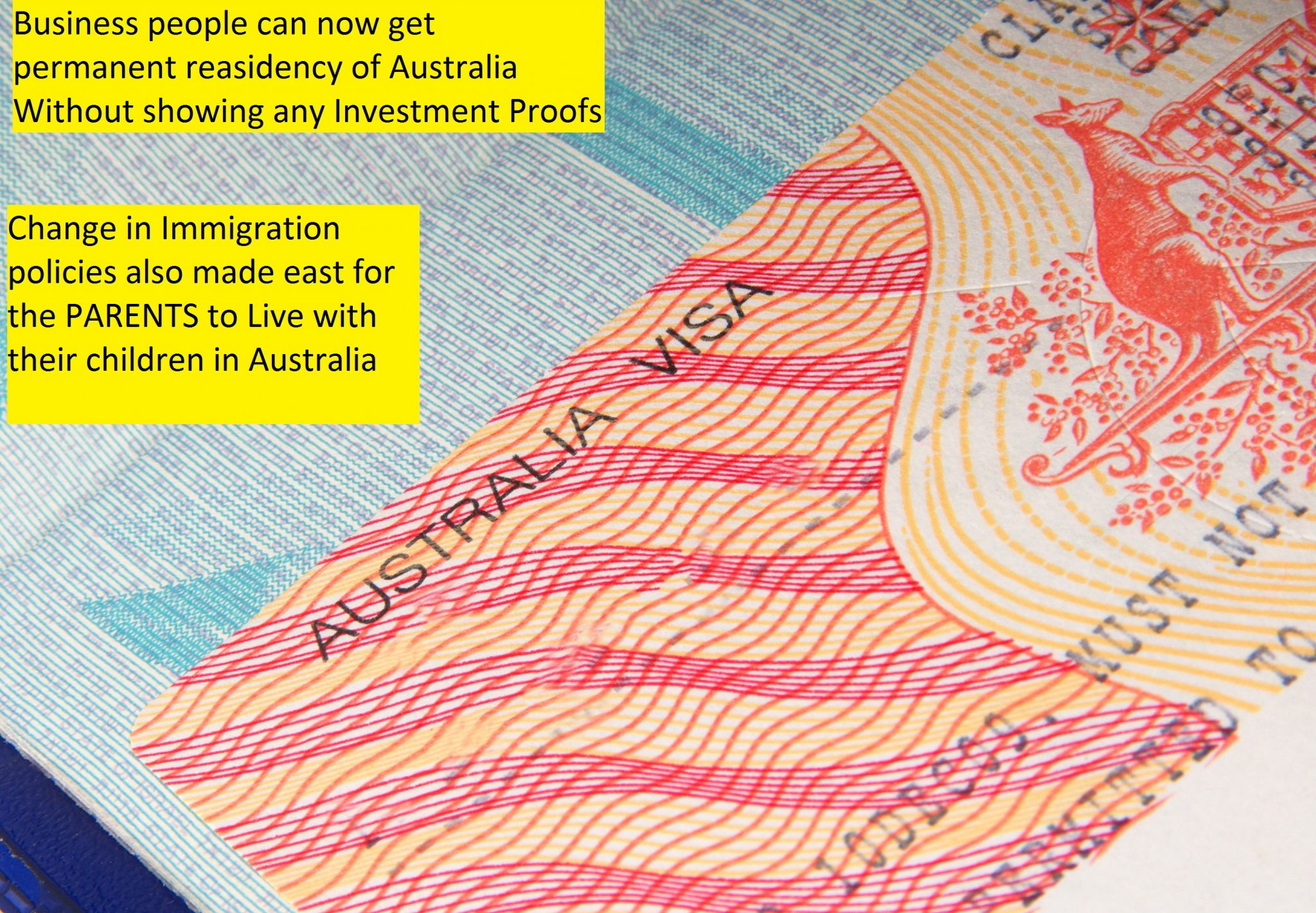 Changes in Immigration Policies by Australian Govt.-Read to Know More

One of the most sought after places for settlement in the world, Australia has made several changes in its immigration policies as it was the main topic of political discussion of Australian Prime Minister Scott Morrison who also gave away indications of the immigration getting slashed at some states on one hand while providing employment facility on the other. Below mentioned are the Changes in Immigration Policies by Australian Govt.

The meeting also talked about easing out rules for parents who are visiting their children settled in Australia, which will enable a temporary visa to be allowed for a period of 3 to 5 years against a fee of 5000 to 10000 dollars respectively. The sponsoring children shall have to make sure that the parents have health insurance and do not incur any healthcare debt.

Changes in Capping the Number of Immigrants-

Prime Minister also talked about capping off the immigrants’ number according to the states concerned. He said it would be better to give the rights of deciding on how many visas to issue to the particular states rather than deciding on a whole which in turn would facilitate the concerned state or sector to limit the number of immigrants as per their requirements. This change shall solve the problem of one state having surplus immigrants while the other craving for it.

Families traveling on partner visas are now required to go through a two-step verification, in which the partner would be accessed before allowing them to sponsor the visa. This way they can ensure that the sponsors do not harass the immigrants and be helped in every suitable way.

Another relief came in the business sector where it would no longer be required for the individuals to present their capital outlay to get the business visas which was the case earlier. This change is being done to boost the economic sector of the weak areas of South Australia.

The Prime Minister also talked about the changes that the federal government has been trying to implement for the people to get Australian citizenships but has been opposed by the opposition on the same thereby delaying it since.