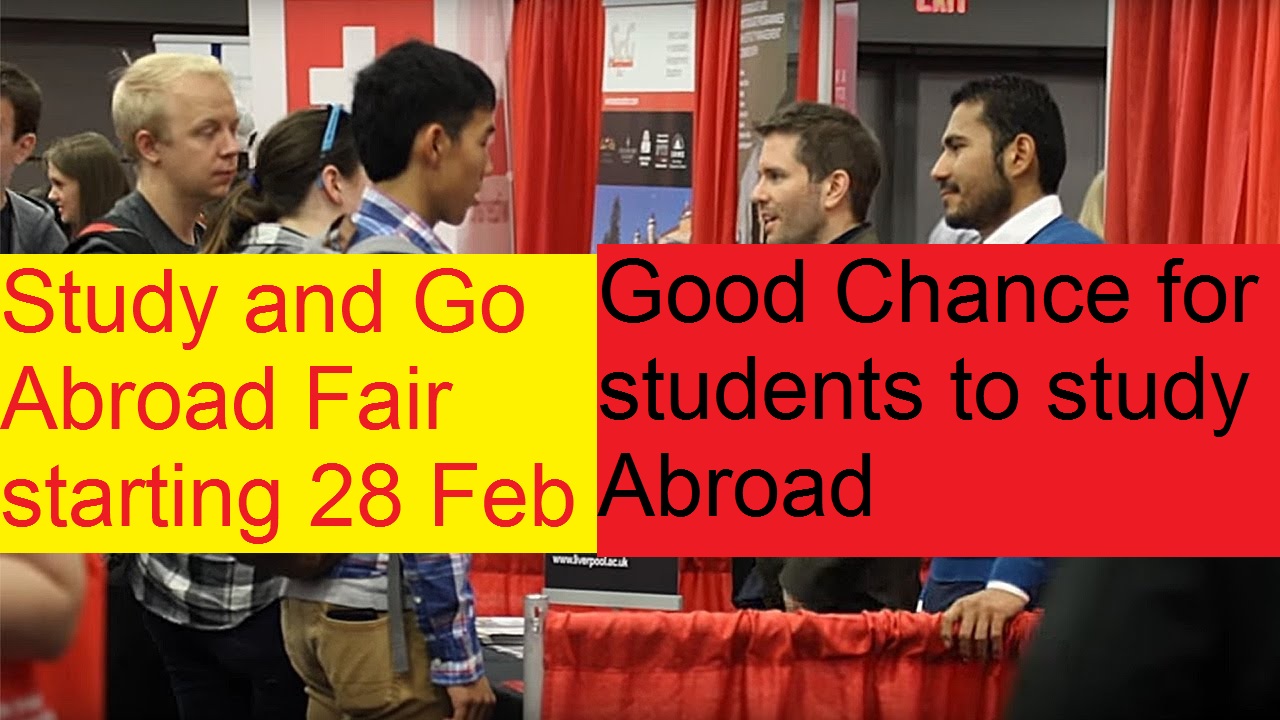 Given the above arguments, it is a no brainer why the various Countries witnesses such an influx of foreign aspirants for getting admission in the universities of the country. To go forward with the process of giving the students a chance to follow their dreams of pursuing their career abroad, major Universities have decided to participate in the much-anticipated Study and Go Abroad fair starting from February 28.

Universities, graduate schools, and professional schools from around the world have decided to take part in the fair. The fair will be a medium for the students from around the world would get significant opportunities to get admissions in the Universities of their choice. Many of the universities are ranked in the top 100 which gives much-needed exposure to the students and information about the environment of the Universities around the world. The fair will commence on February 28. It will extend over three days with no fair on March 1. The geographical vastness would have meant many citizens around the country getting devoid of the chances to visit the fair.

Vancouver, Montreal, and Toronto will be hosting the Study and Go Abroad Fair-

For this purpose, the fair has been organized across the three states of Vancouver, Montreal, and Toronto. Students looking for any assistance or insight regarding the admission or the courses universities are offering should visit the fair and get their doubts sorted. Katle Idle, the organizer of the event, praised the event by rendering it a display of all the short term and long term opportunities in different fields and in the countries like Australia, UK, UA, Caribbean, Hungary, Italy, Denmark to name a few.