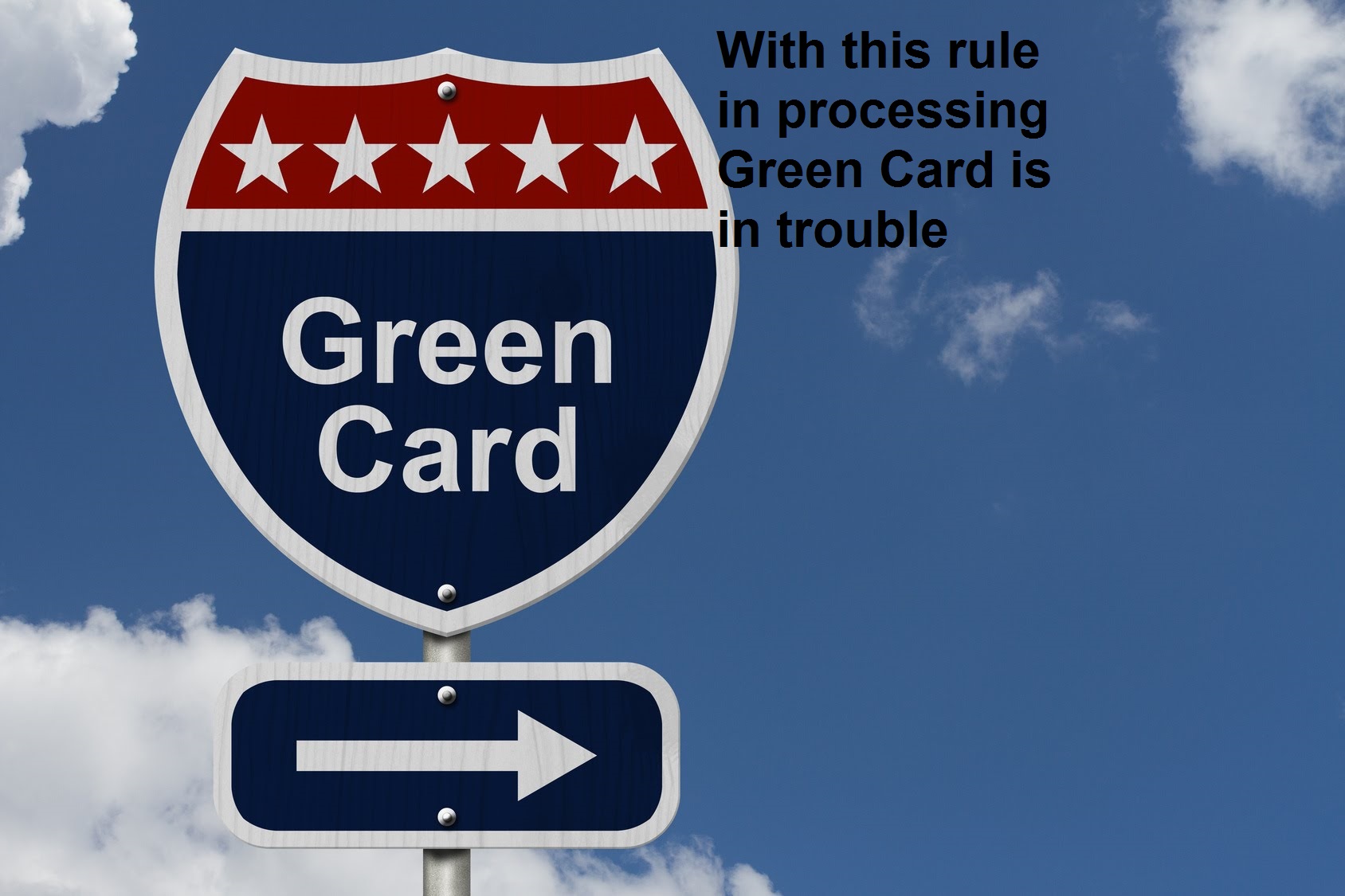 With this rule in processing Green Card is in trouble

With many disappointments regarding the ruling of President Donald Trump, the government has taken another way out to control the legal immigration that is federal regulation. The proposed and the leaked version of the proposal will affect the present and the future of the legal immigration. The proposal includes the extended version of immigrants who will consider as “public charges”. Immigrants who have applied for permanent residency via family sponsorship and is going to be burdened on the government will consider as public charges. With this rule in processing Green Card is in trouble.

Discussions in 30 Seconds hide
1 Outline of the proposal- that will put immigrants in trouble
2 Is it true? – Immigrants really are the burden on the government budget?
3 The true intention of the Trump’s proposal-
4 What has been ignored by the government related to the contribution of the immigrants to the US economy –
5 Conclusion- what could the government possibly do?
5.1 About Post Author
5.1.1 Diksha Garg

Outline of the proposal- that will put immigrants in trouble

Of the total 18 million immigrant families which have received permanent residency, one person in each family is a public charge that he or she is using public benefits. Now, President Trump has declared the use of public benefits by the noncitizens as a loss. The amenities which are for the natives Americans, why the people from outside will take advantage of these. This proposal will increase the quota of public benefits to the natives. By the public benefits we mean the government subsidized schemes including- Medicaid, health insurance for children, housing and food stamps.

Is it true? – Immigrants really are the burden on the government budget?

Of all the immigrants many of them are in actual need of the public scheme assistance as their salaries are low and can’t afford the private health care.

These draconian proposals are doing nothing but threatening immigrants to not to use the benefits else they will lose their legal status in the country. Immigrants with the fear of losing the status didn’t take the benefits of public schemes for themselves and for their dependents.

The true intention of the Trump’s proposal-

Real intentions behind the proposal of the Trump’s administration is to call an end to the chain immigration. Chain immigration is a process of reuniting the families through family sponsorship or via diversity visa. So indirectly administration intentions are to terminate both these visas so that they could lose control over immigration. When the intentions were not taken out in one way then the government took out the other way of taking unilateral action. Along with this, the administration was taking care of the refugees who are seeking asylum in the country by denying the entrance to the country.

People come to the US are having different stories and desires to settle out in the US and get the legal status in the country. Immigrants with least finances and education are still managing their way out to survive in the states with their hard work and determination of achieving something bigger and grabbing every possible opportunity they get to thrive in the country.

But the government is making this whole process of achieving their dream difficult by applying restriction on the immigration process by accusing them as a public charge and a portable threat to the country economy. Government too accused them of unable to pay the taxes which are required to fund the public benefits schemes. But the data related to how immigrants are contributing to the economy is completely ignored by the government which could prove fatal in the future.

Conclusion- what could the government possibly do?

The government instead of planning and plotting against immigration should join hands with Congress to take the maximum benefits offered by the legal immigrants which are in the favor of the US economy and will always work in accordance with American values.