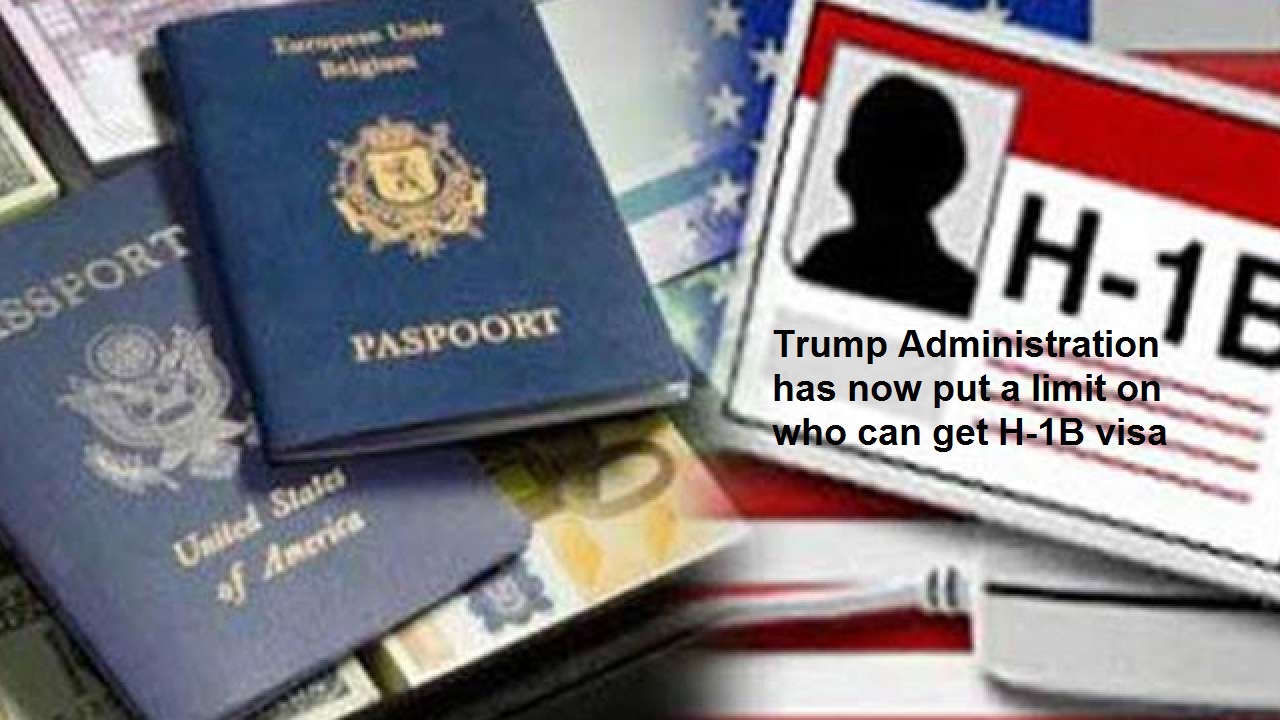 The executive order “Buy American and Hire American” that has been signed by the president Trump in 2017 which emphasize on giving preference to Americans than any skilled foreign been used to justify the recent limit put on the who can get the H-1b visa. Trump administration in the wake of the executive order is making every day difficult for the foreign skilled workers to work and stay in the US. Let ’s learn more about why Trump Administration has now put a limit on who can get H-1B visa.

Every policies change has brought problems for the foreign skilled workers and the employers with whom they are working for. Last month the CEOs of top multinational companies have sent a letter to the Department of Homeland Security to express their concern regarding how the changes are affecting their daily routine work. But for the Trump administration, there is no stop in making the life of the foreign national more difficult in the US.

Discussions in 30 Seconds hide
1 What is the limit that trump administration put on H-1B holders?
2 The actual definition of specialty occupation-
3 US putting Limits on Immigrants: Response from the outside world-
3.1 About Post Author
3.1.1 Diksha Garg

What is the limit that trump administration put on H-1B holders?

Department of Homeland Security with no regulations proposed yet has depicted the new rule as a way to select only the selectable highly skilled immigrants through the main channel that is H-1B non-immigrant visa. Trump Administration has now put a limit on who can get H-1B visa which comes under specialty occupation- so that there could be more chance for the Americans to get the job. The rule also targets the companies who hire foreign skilled workers and suggest to change the employer-employee bond so that there could be less exploitation of the US workers and no disputes of the wages.

There were some additional proposals such as a change in the definition of what we called employment and will make changes in the wage requirements of the H-1B skilled worker.

The actual definition of specialty occupation-

As far as the Immigration and Nationality Act is concerned, under Section 214(i)(1) of it there mentioned a complete definition of specialty occupation which says for any occupation which needs the presence of the highly skilled person with a graduation degree from a reputable university and have shown his or her skills in the special area of work can enter the US to work and stay.

US putting Limits on Immigrants: Response from the outside world-

For obvious reasons, this day to day changes in the policies in the H-1b visa is not making anybody happy as it only increases the pressure on the visa holder as well as the employer for whom he is working. Many of the companies are dependent on the foreign skilled labor for their work and many consider them as a source of cheap labor. Putting complications in the processing of the visa will hinder their productivity and for the future applicants who want to come in the US, these changes are signaling that there is no place for them in the US. In the long term, the US economy is going to affect at large.

The principal of Klug Law Firm- Noah Klug said he is not sure whether the changing the specialty occupation definition comes under the jurisdiction of Department of Homeland Security. The attempt of revision is just avoided congress and other proceedings to make sole decision on the immigration of the skilled workers in the US.