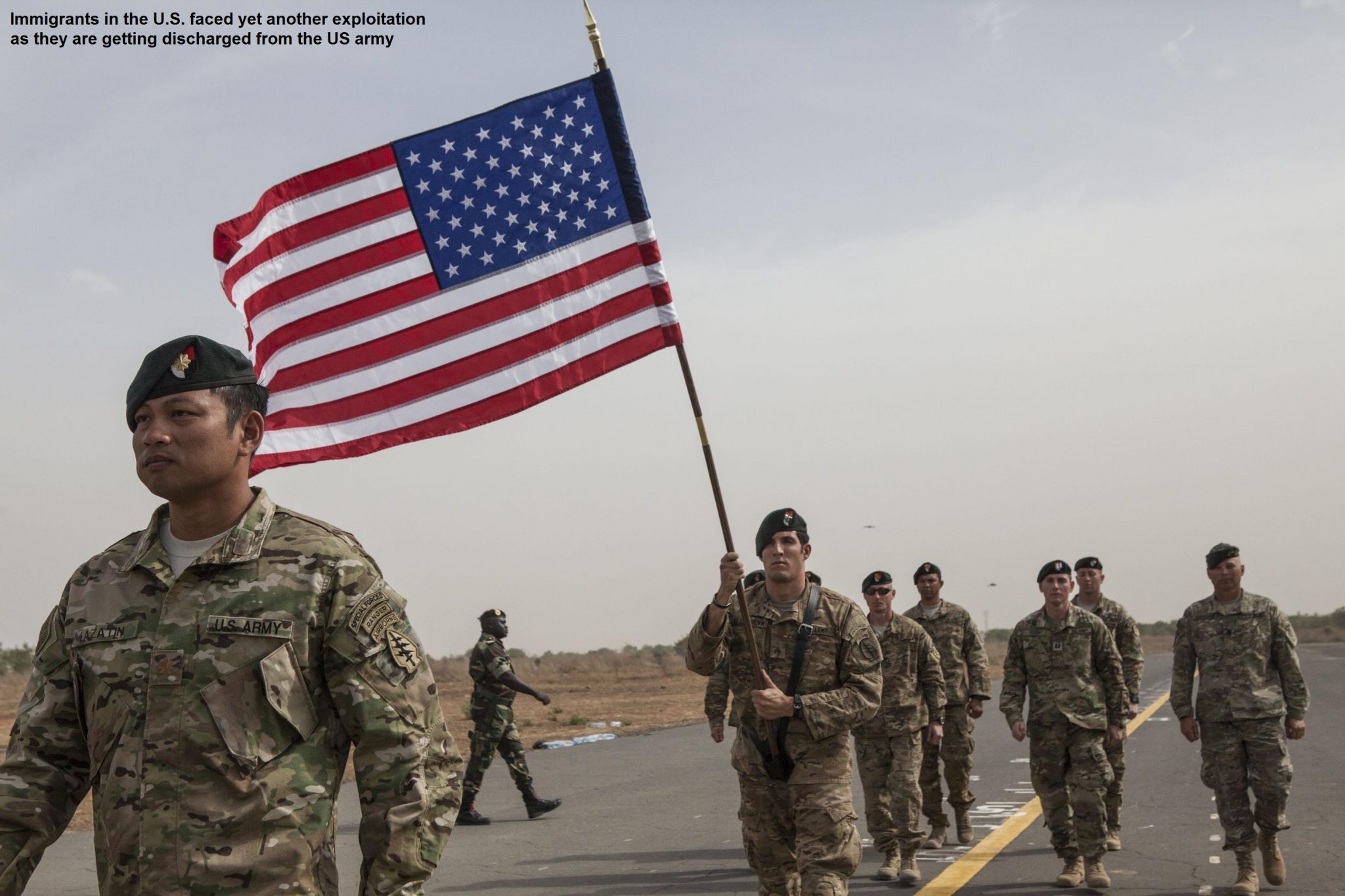 Immigrants in the U.S. faced yet another exploitation as they are getting discharged from the US army

A lawsuit filed against the US army by the immigrants- as the US army giving no answer why they get discharged?

A lawsuit is filed against the US army by a Brazilian immigrant- Lucas Calixto with other immigrants as they are not any getting solid reason for their ejection. On being forced the US army in its response that they might prove as a security giving to their link outside the country.

What do the immigrants need to have to get the citizenship?

To be in the army, an immigrant needs to have legal status in the US. It could be studied visa or any other. As per the records, in 2016, 5000 immigrants were serving the US army. Majority of the immigrants go for the army but many of them to go for the other branches. As of now, a total of 10,000 immigrants are working with the US army. For the citizenship, one has to serve as an honorable designation.

History of the immigrants in the US army-

Margaret Stock who is an immigrant and too had served the US army now retired shows her anger on the ejection of the immigrants without any solid proof or reason.

Since 1775, immigrants are the part of the US Army and have fought many battles. She further added by claiming that winning the global war and war of revolution without the immigrants was next to impossible. She exclaimed with sorrow that now the US army is treating the immigrants like this, discharging them with a lame excuse of security threats.

Sad Stories of the immigrants discharged from the US army-

On being interviewed by the Associated Press immigrants told the stories which can make anyone believe in their loyalty to the US and army but the US army didn’t.

The Brazilian immigrants moved to the US at the age of 12. He was willing to join the army because of patriotism. He said in the interview that the country treated him so well that in return he wanted to serve for them. But soon he got the promotion he been kicked out without giving any chance to explain.

Another immigrant from Pakistan got discharged by the fear that he might be forced to leave the US and go back to his home country where he could experience the threat of being associated with the US army.

When his career file was seen by the Associated Press, they didn’t find any of the reason to consider him as a security threat. Being an immigrant he faced the delays in getting the citizenship, delay of the basic training which overall have delayed his dream of becoming the citizen.

An immigrant from Iran who has done everything legally being in the US also gets discharged from the army. He was on the study visa when got enlisted for the program and he hoped to get the medical trainee but now all dreams fall into small pieces.

In the hope of getting citizenship and for the love of the country immigrants join the US army. Discharging them without giving or asking for any explanation works as in salt on the wound. Irrespective of the nationality army should see the capability and patriotism of the individual which will help them in fighting for the country.