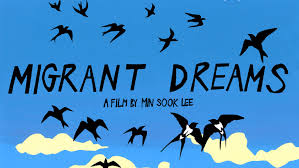 They have migrated to Canada in search of better life and job prospects but what they get at the end of journey is less than minimum wages, harsh working conditions and massive debts piling up.

This is the reality of the Foreign Workers that was showcased by the director Min Sook Lee in her latest documentary film Migrant Dreams.

These foreign workers have come from Southeast Asia, Jamaica and other countries for picking and packing up the fruits and vegetables that Canadians buy from local markets. They are doing the arduous task in the greenhouses of the Ontario and Lamington areas under the harsh conditions and enduring a lot of hardship and misery. However, there are few organizations like Justice for Migrant Workers who are trying to help out these grieving labors.

Some of the workers who are followed in Lee’s film, Migrant Dreams, are couple Rahmi and Dwipa who are of same-sex fallen in love with each other and got married in Canada. Such type of marriage is not allowed in their country. Both of them are tricked by their recruiters and are lacking a proper contract for working. Umi who used to work for supporting her mother challenged the agent and moved out of the housing controlled by the company. Later she was not allowed to go to her home when her mother died and was left abandoned to grieve.

As per the director of Migrant Dreams about the workers hardships and who is responsible for their mental and physical suffering and the solution if any can change to improvise the lives of foreign workers. The World Premiere of Migrant Dreams was broadcasted on Sept. 14 at 9 pm. on TVO.

Canada’s Temporary Foreign Workers Program (TFWP) is responsible for the severe conditions of foreign workers as it is allowing a lot of countries to participate in the program. The TWAP is quite complicated and mainly empowered by recruiters and brokers who are bringing the foreign labors to work below minimum wages on a temporary basis. The poor workers do not even know the English properly and do not get any support against the extreme exploitation.

Migrant Dreams is voicing the plight of theses down-and-out workers by exposing this Canadian Government Labor Program. Director Min Sook Lee has taken a lot of courage to reveal this hard and bitter reality of immigration and now it’s the time for Canadian Government to review this Canadian Labor Program and look at the stories of these grief-stricken labors. This is the matter of humanity and Canada Government should definitely come forward to do justice with these poor workers.