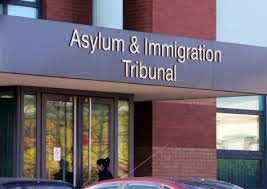 Despite overwhelming opposition to proposal of fee increase for first tier tribunal appeals; Just 5 out of 142 respondents agreeing to fee increase, UK Government is going ahead with the fee increase, the increase in some categories being as high as 6 fold.

Overall, annually, this increase of fee is expected to generate an estimated sum of £34m

Fees for various categories as revised are as follows

In Particular applicants challenging asylum decisions, generally have meager resources and would be worst hit.

Limiting People’s ability to appeal reduces State’s Accountability –There is no doubt, the increased fees would discourage people to seek professional legal advice to challenge Home Office decisions and this in turn would reduce state accountability which may come with arbitrary decisions.

Government Stand was clear that increased fees would discourage unmeritorious claims and that those appealing against decisions must pay full costs of the services. It was not correct to subsidize their expenses by honest tax payers’ money which is meant for developing and improving infrastructure. Out of total expenses of £75m to run the tribunal at present rates only £7m is being recovered as fees.

However Deserving Candidates may get fee waiver and exemption from high fees, the Government response said.