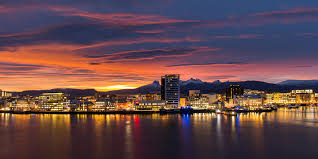 Canada’s union is up in arms against the Government’s liberalized policy of allowing temporary foreign workers in farm lands.

They argue that the workers are being made to work in harsh inhuman conditions and are not paid the promised wages as per law. These workers coming from poor background are often ready to work at much lower wages that Canadian labor is not ready to work at

Now this trend of hiring cheaper labor at Norway is also picking up. The job market in Construction, Cleaning, Farming and other labor intensive industries is booming, albeit at the cost of Norwegian workers.

“Concerns of Local Norwegian Workers apart, Norway is providing immense employment opportunities for semiskilled- skilled workers from Countries like India, Pakistan, who otherwise may not be eligible for immigrating as skilled professionals to these countries”

Hotel, Construction and Farming Sector workers have great scope here- Something not to the liking of Norwegian workforce, as they find themselves outnumbered by immigrants who are known to be much hardworking labor and also willing to work extra time. About 60% of the Norwegian personnel have been replaced by immigrant labor especially in private sector industries.

Strong labor force boosting industry– It is not that the immigrant labor is at the cost of job loss to natives. This small country has witnessed large growth in infrastructure post the influx of the migrant labor. “It was good for Norway, good for foreigners who earned decent money and good for their families” as the Norwegian national broadcaster NRK observed in one of its documentary.

Norway is also coming up fast with strong policy to protect immigrants from wage exploitation by employers.

Mind your Driving, if you want Long-Term Visa for Canada and USA 2 min read

Diksha Garg 2 months ago
2020: H-1B visas for IT professionals in India could face a slump; US companies face the brunt 3 min read

2020: H-1B visas for IT professionals in India could face a slump; US companies face the brunt