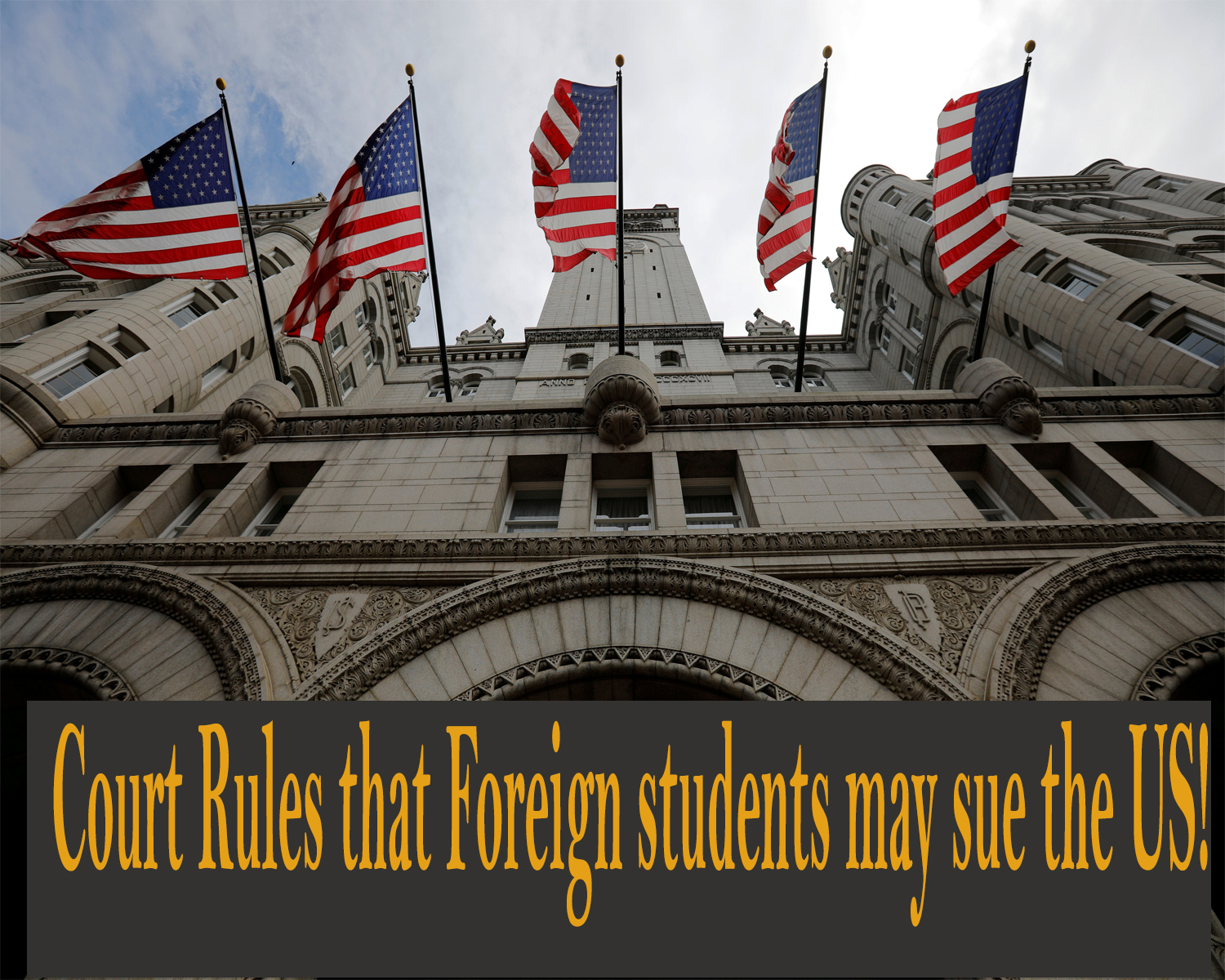 Visa Sting Conducted at a “Fake University”: Court Rules that Foreign students may sue the US!

A federal appellate court has stated that foreign-born students might sue the US government on claims that their visas were wrongfully canceled, following a sting operation where a fake university had been set up to trap corrupt visa brokers.

A proposed class action has been revived by the 3rd US Circuit Court of Appeals in Philadelphia, on behalf of about 500 students or more who stated that they had been deprived of due process when their lawful immigration status had been revoked by the government after involving them in the sting.

Circuit Judge Theodore McKee also criticized the government’s actions on whether the students (include many from India and China), who assumed that they had “enrolled” themselves at the fictitious University of Northern New Jersey really were innocent, or active participants in the fraud.

In the year 2013, the government fabricated the University of Northern New Jersey, which was assumed to located in Cranford, in order to trap fraudulent brokers, and even designed a website as well as social media accounts for this university which looked real.

It stated that brokers had recruited 1,000 students or more to enroll and charged thousands of dollars for their visas so that they could stay, and at times work visas were arranged illegally.

About twenty-one arrests had been announced when the fictitious university was “closed” in April 2016.

Post this, the Department of Homeland Security revoked the visas of most of the affected students, indicating their “fraudulent enrolment”, thereby prompting the lawsuit to get their legal status restored.

In October 2017, the lawsuit was dismissed by the US District Judge Jose Linares in Newark, New Jersey, stating that the lawsuit was filed very soon as the US Immigration and Customs Enforcement, or ICE, still had to take action on the reinstatement applications of the students.

However, McKee indicated that visa revocations were “final” orders which could be confronted in court, even if there were other ways for students to fight removal. McKee also criticized the shifting views of the government on the students being victims or conspirators.

Ira Kurzban, a lawyer for the affected students, has welcomed this decision, terming it as the “first salvo” in attempts to stop the ICE from “trying to trap innocent students”.

McKee indicated that this might still be a “formidable challenge” to verify a class action due to the differences amongst the affected students.