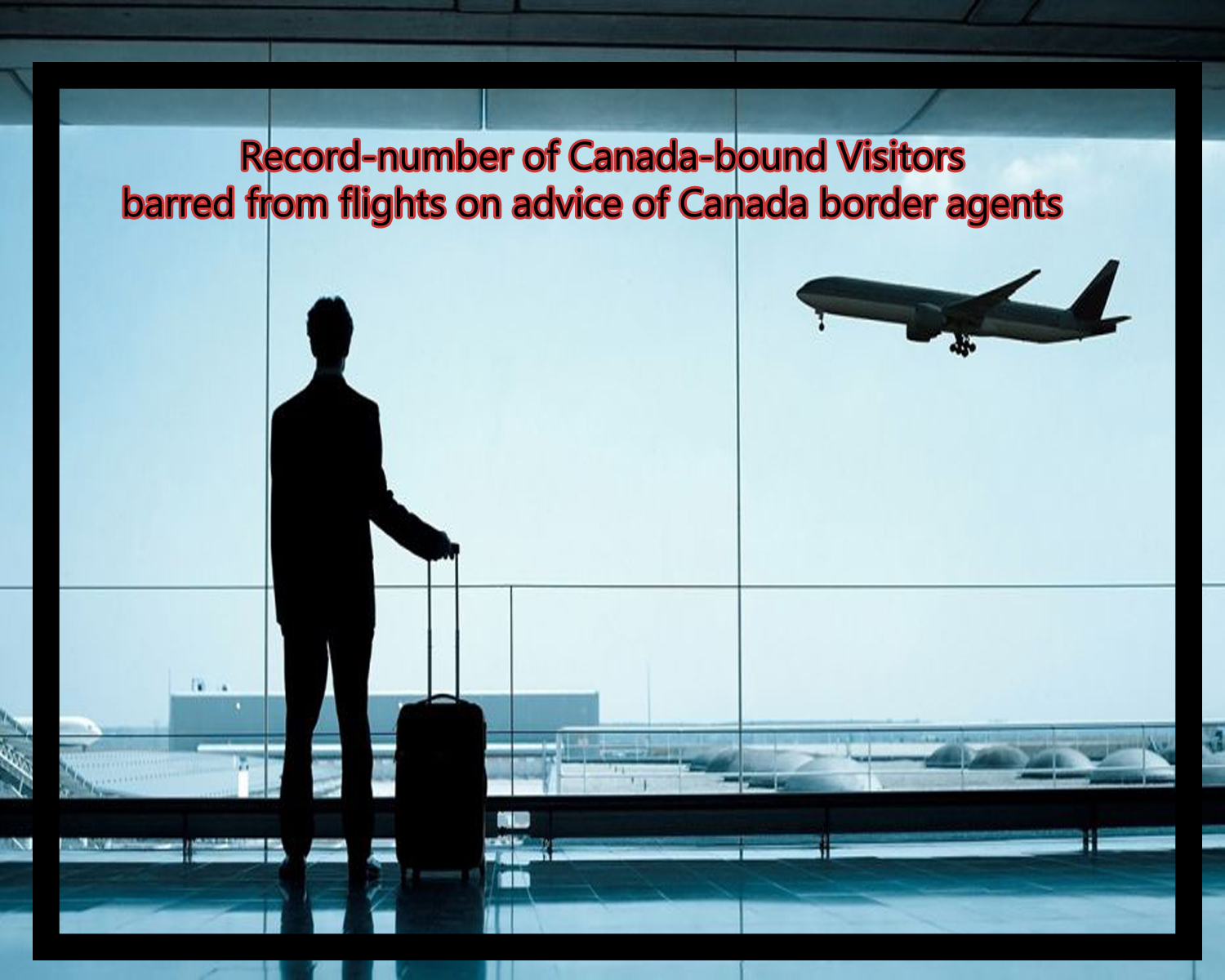 It was observed that Canada-bound visitors, in a record-number, were barred at the overseas airports on the advice of Canada border agents. The number of visitors who were not allowed to get onto the flights has seen a steep increase in the last year. It was also said that the travelers were barred from flights on the advice of the overseas agents as they were improperly documented. Strangely, it also included travelers from the countries who do not need visas to visit Canada.

Discussions in 30 Seconds hide
1 Data of travelers that were barred from flights on the advice of the overseas agents
2 The reaction of Visitors to Canada regarding the new guidelines
2.1 About Post Author
2.1.1 Diksha Garg

According to a report, from the last year’s rejected visitors list 1860 were from Romania, 1767 were from Mexico, 1080 were from India, 275 from Hungary, and 164 from Iran that’s rounds up the top five source countries. It is important to note that Romanians, Mexicans, and Hungarians do not require visas to visit Canada.

As per the new guidelines adopted by the border officials since 2012, they advise the commercial airlines to interrupt the nationals from visa-exempt countries on the assumption that they will remain in Canada permanently with an intention to work and study in the country without proper visas. The new guidelines were drafted to control the irregular migrations happening in the country.

The Canada Border Service Agency says the liaison officers are required to work with airlines and local border agents in gathering the information of the passengers who lack proper documents to protect the integrity of the Immigration System of Canada. The officers who were to boost the Canada Immigration System have now been focussing on detecting the illegal immigrants and advising the commercial airlines in off-loading the passengers as per the new guidelines.

The reaction of Visitors to Canada regarding the new guidelines

The visitors have been complaining about the constantly changing processes and operations by the border services. Although the liaison officers appointed by the overseas agents are limited to provide advice, they have been recommending the transporter to turn away the passengers with no proper documents at the airport. Many airlines also have been critical of the agency’s practice. They argue that the agency does not offer any internal review or redress process for its recommendations.

The Airlines found to be carrying any foreign national with improper documents can be fined up to $3200 per passenger. They will also be charged on the additional removal and medical costs incurred in the process. Air carriers make prior agreements with the agency to reduce the administrative fees based on the level of compliance carried out in sticking to the rules.

When the passengers complain to the airlines about the barring from flights at the airport, they claim that it is not their decision; instead, they are just following the recommendation from the government’s border agency. When the passengers complain to the government and ask for the lawful authority to deny the travel, it says the airline decides to let the passenger travel or not. Unfortunately, it is a situation where no one takes responsibility, and travelers suffer.