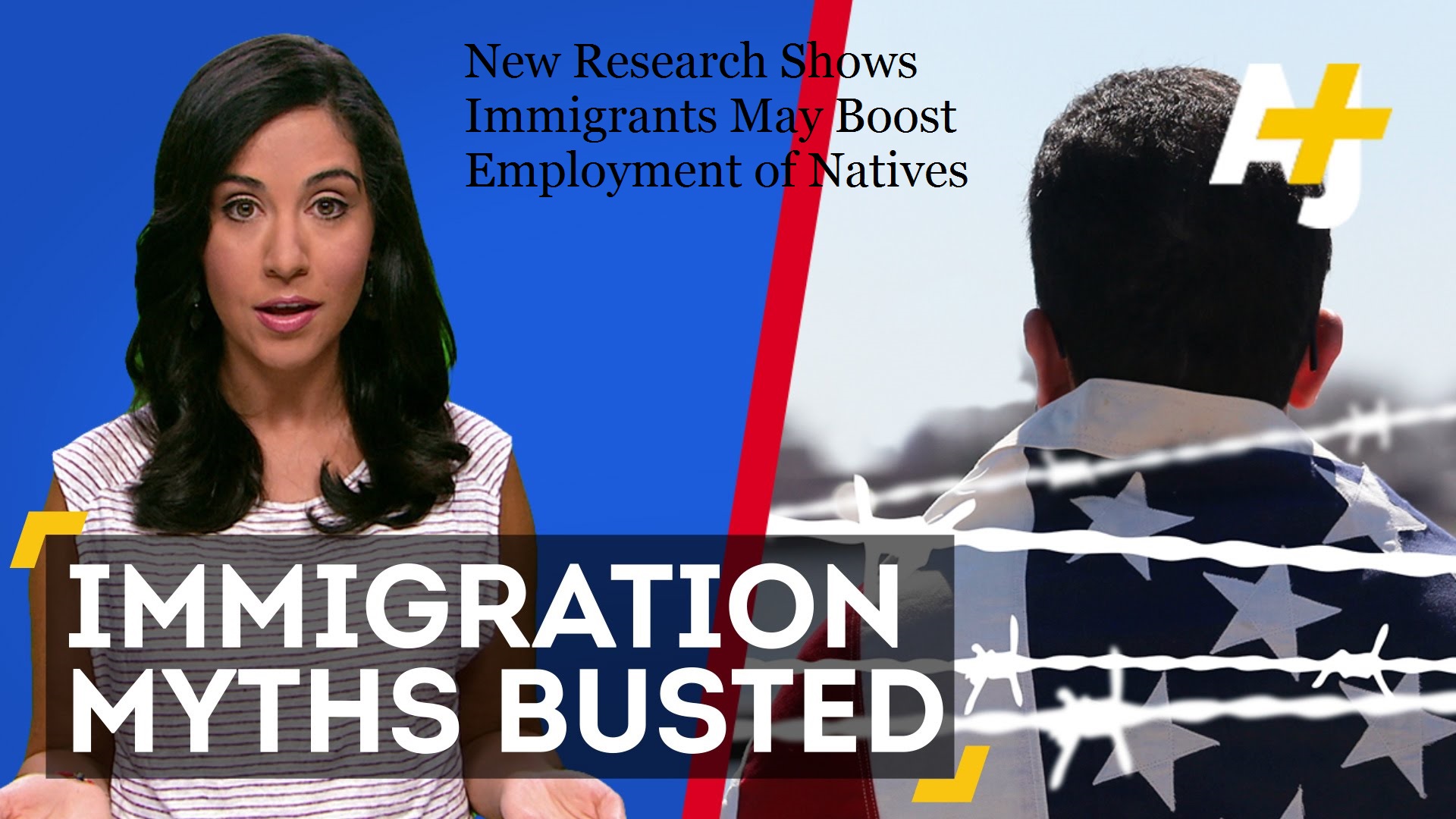 One of the factors that native being always opposing the immigrants is that immigrants take away jobs from the natives. But a new research has to say the exact opposite of this, immigrants neither increase the unemployment rate of the natives nor lower the labor force participation rate of natives.  A New Research Shows Immigrants May Boost Employment of Natives, not the opposite.

More immigrants= boost the rate of the employment

According to the state- level analysis done by Madeline Zavodny of National Foundation for American Policy -“The results indicate that with increases in the share of labor force comprise of immigrants there is the reduction in the unemployment rate of natives in same sex-education group”. It directly indicates that more immigrants mean a rise in labor force participation of the US natives.

Analysis by the Zavodny includes the research the impact of the immigrants for the year 2005 to 2013. The Study found out the following:

Myths in USA about immigration- Economy get affected by the immigration

Immigrants are taking away the US natives jobs is based on the myth that “only fixed numbers of the jobs exist in any economy and any newcomer or we say immigrant threatens the job of the existing job holder”. We can nullify this myth by the Zavodny’s finding that immigrants are actually boosting the employment rate. There is a logical explanation for all the findings:

First, immigrants not only preserve the existing jobs but also create new ones for the natives by boosting consumer demand and starting their own businesses. This will reduce the offshoring of the labor from outside. One can clearly see this is the great boost to the economy rather than a downfall.

Second, immigrants not only working at the high-end profile jobs but also working in the areas and at a position on which US natives don’t work. Creating the job opportunities in the least expected areas will further add to the economy.

Natives shifts jobs in response to the inflow of the immigrants-

Third, with the inflow of the immigrants some natives shift their job to higher paying end than the jobs filled by the immigrants. US natives tend to move into communications which is a response related job. So as per the analysis the myth that immigration holds for years that immigrants are taking away the jobs of the natives somewhere be nullified.