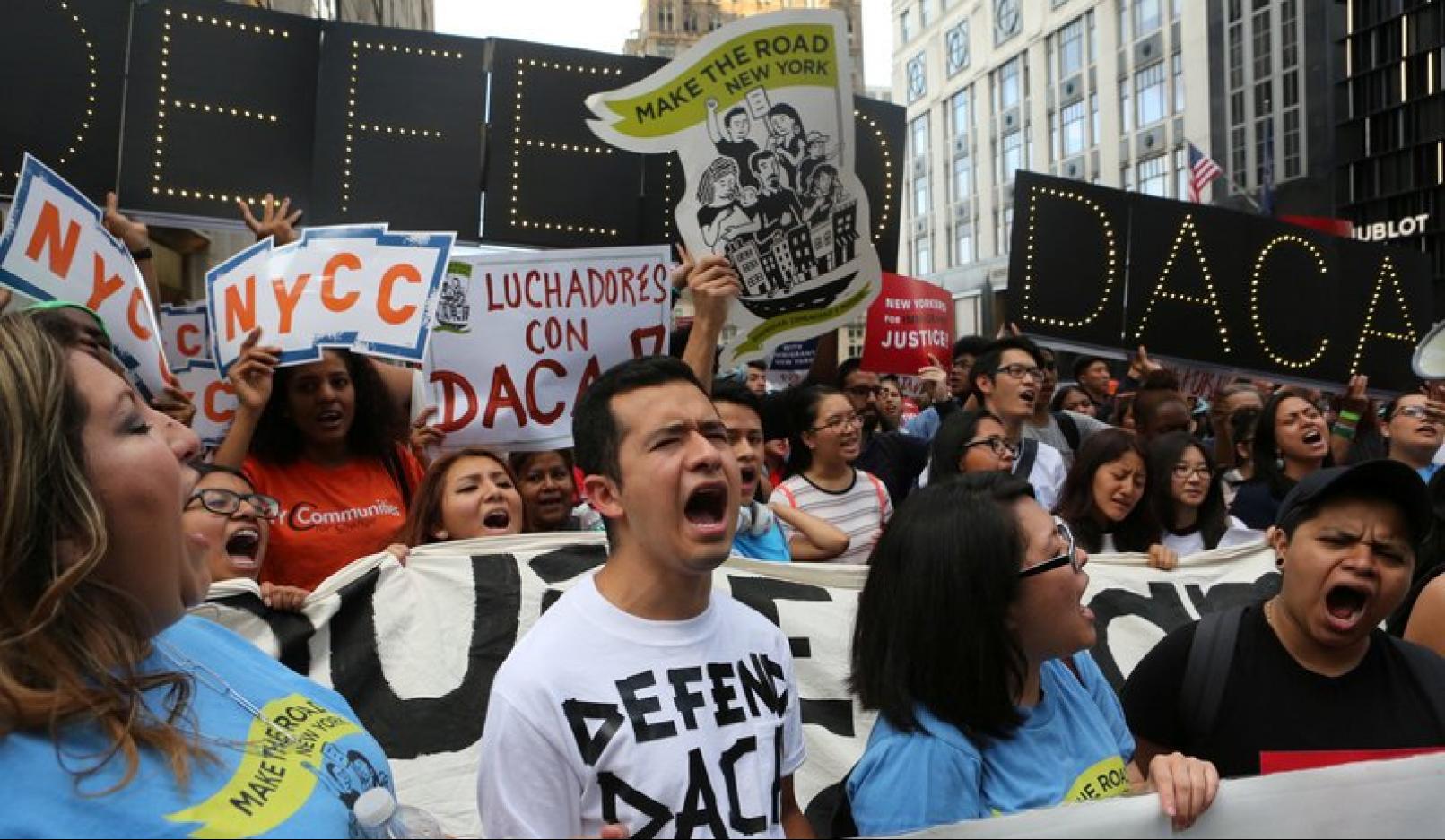 The US President Donald Trump revoked the DACA program that was initiated by Obama. This policy guarded young immigrants who are undocumented and allowed them to stay in the country. Trump called this “amnesty-first approach” and urged Congress to look for the solution that can be used as a replacement for this program. Thus, Proposal to End the DACA Program under Trump’s Administration, has Caused Panic amongst Millions of Immigrants in the US. 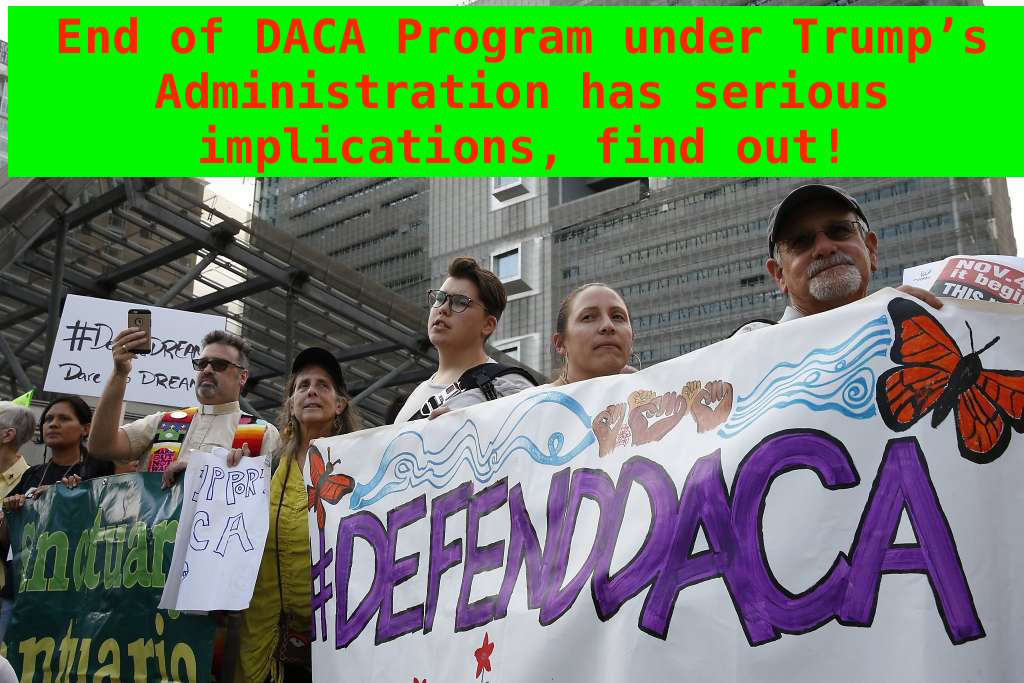 Ending this program will lead to the deportation of thousands of immigrants from the US and around 7,000 Indian-Americans will be impacted by this decision.

Discussions in 30 Seconds hide
1 Proposal to End the DACA Program under Trump’s Administration, has Caused Panic amongst Millions of Immigrants in the US
2 As per SAALT (South Asian Americans Leading Together) also, over 20,000 people are estimated to confront the deportation news if the DACA program is halted.
2.1 About Post Author
2.1.1 Diksha Garg

Proposal to End the DACA Program under Trump’s Administration, has Caused Panic amongst Millions of Immigrants in the US

As per reports around 800,000 undocumented youngsters were brought unlawfully to the country until March this year as kids under the DACA (Deferred Action for Children Arrival) program and all of these children are entitled to deportation in case this decision is put into effect.

This decision is considered to be a part of Trump’s resolution to evict the illegal immigrants from the United States of America. Trump believes that these immigrants are a threat to the country and criticize them for snatching the jobs out of the hands of American citizens. He also said that he had made this decision keeping the best interest of his Nation in mind. He stated that millions of US citizens are being impacted by the unfair system where immigrants are grabbing most of the job opportunities offered by the employers in the US and now it is the time that American workers must come first.

After the announcement, a protest by young teens and Indian origin students broke as most of them feared that they might be asked to leave the US. These kids gathered outside the White House to protest against Trump’s decision.

This DACA program was introduced by the former President Barrack Obama in the year 2012 that permitted child immigrants to enter the US from different locations including Peru, Honduras, India, El Salvador Guatemala, and Mexico, etc.

Millions of deportations are feared if the lawmakers did not protect these young people. Obama also criticized Trump’s decision and showed his concern by saying that whatever issues Americans have regarding jobs and immigration regulations; they should not endanger the future of thousands of these youngsters who did not do anything wrong.

Trump, on the other hand, informed the lawmakers that if they could not legislate an identical program, he would definitely “revisit the issue.” This statement posted a threat to the young undocumented immigrants who gained entry to the US as per the guidelines of the DACA program that was launched in 2012.

As per SAALT (South Asian Americans Leading Together) also, over 20,000 people are estimated to confront the deportation news if the DACA program is halted.

SAALT said that until now, more than 27,000 Asian Americans that include 5,500 people from India and neighboring country Pakistan, have been given DACA and more than 17,000 and 6,000 more Indians and Pakistanis respectively, are estimated to be entitled to DACA, making India amongst the top 10 nations for DACA eligibility.

The executive director of SAALT, Suman Raghunathan said that this decision of ending DACA shows the lack of commitment of the Trump’s government towards the values on which a Nation is established. According to him, this single decision will put more than 800,000 immigrants at risk of being sent back to their birth country from a place, which they have been calling their home for years.