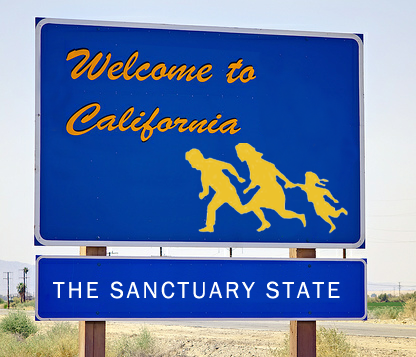 The California Senate has recently passed a new bill as an attempt to safeguard its traditional immigration policies for all the undocumented immigrants. Senate Bill 54, which has also been unofficially encoded as “Sanctuary State” Bill, limits state and local law enforcement agencies from supporting immigration enforcement authorities with their resources.

Senate Bill 54 – What it is all about

The bill literally stops the local law enforcement agencies from detaining any person on the grounds of immigration-related issues for keeping up and responding to the request of the federal immigration authorities.

The bill debars the state and the local law enforcement authorities to ask anyone about his/her immigration status, allowing the sole rights of examining immigration terms to the federal immigration department only.

The bill passed in the senate with a majority of 27-12. Democrats raised their voice in support of the bill, while Republicans showcased their disagreement with it. After its passage in the senate, the bill is now heading towards California State Assembly, where Democrats currently hold the superior majority. Therefore, Senate Bill 54  has a superlative chance of getting the green signal in the Assembly.

However, being a potential take for protecting the rights of undocumented immigrants, Senate Bill 54 has certain exceptions as well.

No relief to persons convicted of violent felony

For instance, it allows local law enforcement agencies to transfer or move individuals to federal immigration authorities if there is a judicial warrant against the person or if he/she has been previously convicted of a violent felony. The bill also states the that the US Immigration and Customs Enforcement will require notifying local and state law offices before performing scheduled release of people who have been convicted of violent felonies.

Presently, the majority of the of undocumented population of the United States reside in California. It accounts to be around 2.35 to 2.6 million, as per a report stated by the Public Policy Institute of California.

The cities of this region also known as “Sanctuary Cities” which have policies to protect its local immigrant populations limiting the enforcement of certain federal immigration terms. Among these, Monterey, Santa Clara and San Diego are the major zones which have dedicated sanctuary protection. And this Senate Bill 54 is expected to tighten up the protection to a designated extent.

However, experts in this field have noted different opinions about Senate Bill 54. The author of the bill regarded Senate Bill 54 as “a rejection of President Trump’s false and cynical portrayal of undocumented residents as a lawless community.”

While representative from the Republican party and State Senator Jeff Stone pointed out some of the harsh truths of the bill by saying “We’re prohibiting local and state unfettered communications with federal authorities in getting many dangerous and violent felons out of our communities.”

Stone further pointed that the latest amendment does not cover some of the serious issues like human trafficking, child abuse, attack and assault with deadly weapons etc. Although, he also admitted the welcoming facts of the Senate Bill 54 too.

However, Attorney General Jeff Sessions warned that the Trump administration will use federal funds to crack down on “sanctuary cities” and states which don’t agree to comply with the federal immigration laws. Now it is to see what the Senate Bill 54 actually brings in future for California.