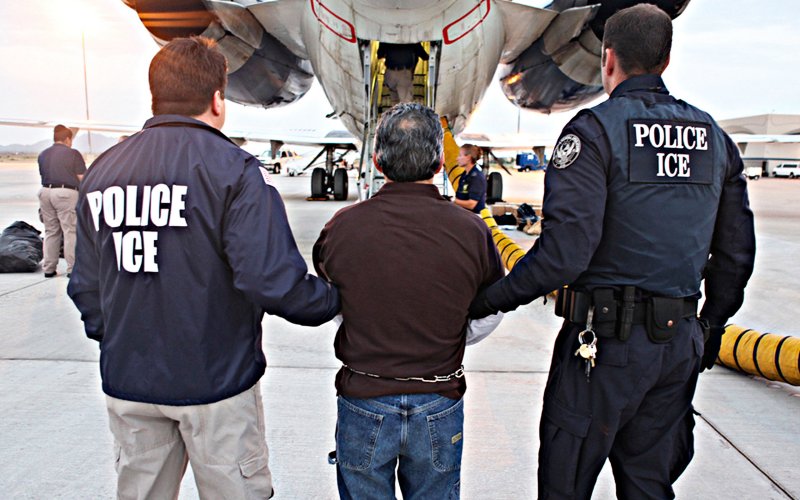 Donald Trump has had focused his election campaign on the point of deporting as many as immigrants as possible from the US, especially the undocumented ones. Now as the recent information is emerging, it seems that the government is contemplating serious steps to implement certain measures to control immigration. As latest news suggest, there are a number of immigration raids taking place in various regions of Texas on Undocumented Immigrants in USA.

This could be considered as mostly real as various unverified threats of sweeping raids are currently coming up from Immigration and Customs Enforcement (ICE) agents. This has turned into an important matter of concern to most of the immigration experts.

Previously, an Austin-based immigration advocacy group stated that ICE has prepared four core teams to capture undocumented immigrants. Just days after that, ICE reportedly arrested at least one man on grounds of being illegal immigrant.

On the basis of these claims, the Councilman of Austin City: Gregorio Casar made a statement on his social media page: “The community needs to know that we have confirmed a large amount of Immigration and Customs Enforcement actions in Austin.” He further added, “I believe ICE is out in public arresting people in order to retaliate against our community for standing up for our values against people like Abbott and Trump.”

Also, a few sources just reported that certain groups of ICE agents recently performed raids in numerous houses and offices of Atlanta, Los Angeles alongside those of two other cities as well. The names of other two cities have been kept hidden by the Department of Homeland Security. The agency is continuously claiming it as a routine enforcement activity. Insiders suggest that the agents were also taking up undocumented immigrants, who fall under non-criminals, “in the vicinity” alongside focusing on criminals.

While this was the situation notified by various sources. Bob Libal, a member of a reputed immigration advocacy group, believed that ICE agents have taken about 20 to 25 persons in their custody, most of whom are coming from north Austin. He also claimed that the group has even collected reports of few immigrants being pulled over in their cars. Although, this claim hasn’t been verified yet.

Libal further added, “We’re trying to get folks legal support as quickly as possible.” Although, Jonathan Ryan, the director of RAICES, regarded this type of detentions and raids as regular “targeted enforcement action” of the agency. He also said “People are just paying more attention as fear psychosis is at its peak right now,” probably just because of Donald Trump’s executive take on undocumented Immigrants in USA

Though some reports as coming in could be murky, but the majority of the claims and reports have been confirmed. Immigration experts are now asking the undocumented immigrants in USA to learn and understand their rights which they can immediately apply or implement if any such kind of raid occurs.