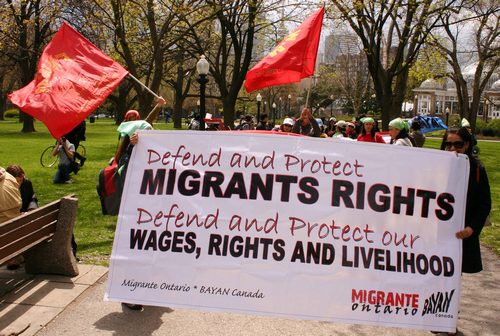 Impact of Immigrants due to Changes in Foreign Workers Program

According to this program, Canada can hire workers from outside for a maximum duration of four years after which, they are sent back. In fact, they cannot even come back to Canada for another two years, which means they have to leave everything behind comprising of their family members, if any, social members as well as their ties with that particular place.

This encouraged Fake documents creation by Applicants and Immigration Agents

People were still coming to Canada after accepting all these conditions in order to gain some extra bucks from here and the worst part was some unscrupulous immigration consultants and advocates used to cash in on their condition by giving them entry into Canada with fake immigration documents. This was an open secret although there were no rules officially to seize the people who were working with illegal documents in Canada, though quite unknowingly. Until date, the conservative Government had not taken any valuable step regarding correction of this condition but now things are going to change likely with the new rules and regulations regarding the foreign workers program.

What are the key features of the new regulations in Foreign Workers Program?

The Immigration, Refugees and Citizenship Canada along with Employment and Social Development Canada have come up with a fresh point-based system on 2nd December, 2015, where the compliance of the employers are checked based on the kind or level of violation, history or background, severity, company size and the business’s supposed collaboration with any investigators. Several penalties have also been introduced such as:

Immigration Department has already received almost 120 non-compliance suggestions after the onset of fresh regulations. In fact, there have been 926 investigations on pen and paper already, although at present, only about 490 cases are going on while the rest have been completed. The Employment Department has even started with around 2300 investigations on their own.

In spite of so many figures, there are only three concrete cases, where the employers have been found non-compliant and fined, whose details are given as under:

In all these three cases, there were no satisfactory responses or comments from the respective lawyers, which possibly shows the validity of claims.

It is the duty of the Employment and Labor Department to take care of the rights, pay, treatment and other allied factors of the migrant workers, who are called here by alluring with the dreams of more money and often with fake formalities of immigration.

In order to stop the employers from misusing the foreign workers program, the fresh regulations have been formed that will help them in identifying non-compliant employers. At the same time, such employers will be alerted of the regulations and they will them ensure compliance so that the migrant workers get a healthy working condition in Canada without any fear of getting into any trouble related to illegal documentation.

It is Immigrants Interest to Hire Immigration Consultant wisely, to avoid getting scammed

The migrant workers have the sole responsibility to exercise caution while coming into Canada for working and see to the fact that they do not get exploited unnecessarily by any dishonest immigration consultant. Therefore, if they really want to come and work, they must ensure to stay compliant in all respects as any non-compliance will lead to unnecessary rejection.

How to Score higher Points in CRS for Canadian Immigration