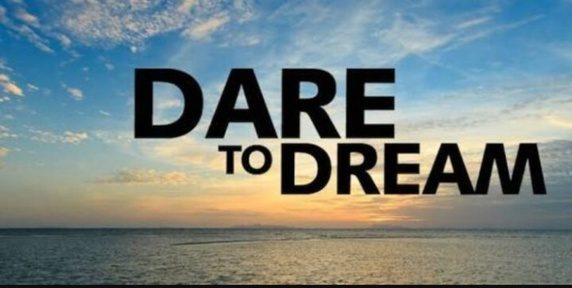 Dreamers may not Dare to Dream in USA

Dreamers in the United States of America

Dreamers in USA are facing trouble after the onset of the rule under new President Donald Trump. They are fearing that their personal information such as names, addresses and contact numbers might be used in order to deport them as President Donald Trump gave a hint regarding empowering ‘executive action’ in this issue.

The Deferred Action for Childhood Arrivals (DACA) was an Obama-era initiative started in the year 2012 that allowed those undocumented individuals who had arrived in America as a child, to get a renewable two-year period of deferment from deportation along with a valid work permit. This was extremely helpful for such people who went on working in USA without being scared of being driven out from the country due to their personal origin. Well, as President Donald Trump took over the administration after Obama, the picture is likely to change that is scaring the wits out of the Dreamers.

Will under Trump DREAM become Nightmare for Immigrants in the United States Of America?

The DREAM Act (Development, Relief and Education for Alien Minors) of USA was solely framed for the ‘undocumented immigrants’ that permitted ‘unconditional residency’ of such people in the United States provided they fulfill certain requirements and every single person falling under this Act came to be known as a dreamer.

Dreamers have already disclosed their Personal Information- would that be misused?

However, as the outgoing Homeland Security Secretary Jeh Johnson puts it, the DACA initiative was welcomed and believed by many people and hence, the dreamers in the United States Of America have disclosed their personal information blindly believing the federal administration. President Donald Trump, who wishes to take stringent actions against illegal immigration to US by encouraging mass deportation, must keep this in mind and act accordingly as the peace of mind of many dreamers is at stake!

Stresses and Solutions to Immigrants in USA:

As evident from the above discussions, the so-called ‘undocumented immigrants’ who quite unknowingly, came over to United States as minors are now pretty anxious about their position. They are extremely worried about losing the confidentiality of personal information and in turn being deported from US. However, there are brighter sides of the coin too, which can be summarized as under:

Any Ultimate Way-out for the dreamers Immigrants in USA to stay totally tension-free?

Jeh Johnson is always stressing upon the fact that the DACA individuals are only focused upon contributing to the development of US with the only hope of having a stable citizenship in America. Due to DACA, they were able to go to schools and colleges, finished their education and were able to run businesses and individual practices as well.

They have supported the US community as entrepreneurs, medical professionals, teachers and the like and have given optimum economic support. Why would a change of Government be a deciding factor in the future of numerous such people staying in America when they can actually help America?

The question, although a simple one, yet poses few question marks. It is true that the US policy and law-makers along with the Government officials are strongly against the usage of personal information of the dreamers for deporting them, but, the role of the immigration advocates as well as the immigration consultants is the main factor here.

Trump may not have taken any severe step until today, but the picture is still uncertain and such ‘undocumented immigrants’ cannot be completely free from nervousness regarding this issue. However, it is always wise to have hope and stay strong in case fighting for their rights is required.

Related Read- Democrats had asked Obama to Pardon all Dreamers