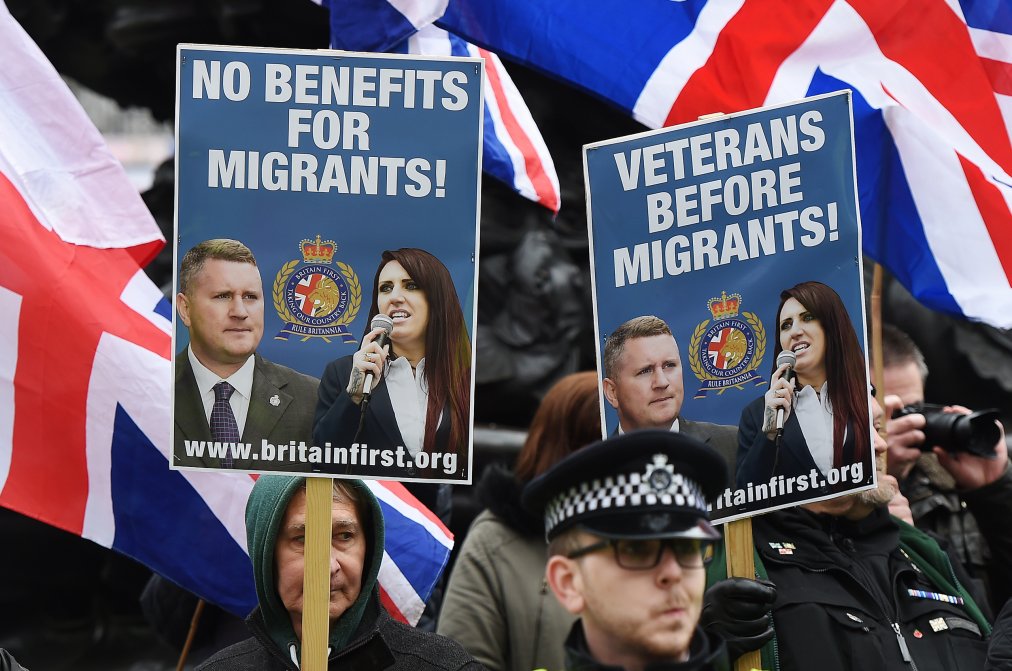 due to a number of reasons and recently the immigration policies are being changed keeping this aspect in mind. As per the new immigration rule, immigrants need to give an examination to prove their hold over the English Language. However many immigrants especially those above 50 years refuse to update their skills to adapt tot he new homeland and tend to create their own islands. This is one major reason why natives of UK hates Immigrants from India or Pakistan

The world has witnessed one of the most historic moments after Brexit happened, shocking the whole world with the vote results. Quite obviously, this particular incident of Britain’s exit from the European Union accompanied several other factors as Britain has to devise new policies in almost every social and political sphere after walking out of EU. One of the main issues post Brexit is the immigration issue related to the migration of new individuals and their simultaneous intermingling with the local public of Britain. It has yet again come up with a fresh immigration policy, especially focused on Asian immigration mainly from India or Pakistan

As a first step to this new immigration policy, the All Party Parliament Group on Social Integration, that is comprised of senior MPS and peers have put forward their request of handling the immigration issues by ‘regional authorities and devolved administrations’ only instead of the Central Government.

What UK Expects from Immigrants from India or Pakistan

At present, there are mixed-views from the various MPs of UK leading to a cold war or clash regarding striking out the correct kind of immigration policy. Where fellow Labour MP Chukka Umunna is more inclined towards having a stringent immigration rule, the all-party leader Jeremy Corbyn wants a more flexible immigration policy in complete contrast to his fellow MPs.

Even Streatham MP is at loggerheads with Corbyn, as he supports the step towards strengthening the immigration rules to Britain. According to him, this will help them gain more confidence amongst the locals because immigration invariably causes a certain disruption of conservative mindset of the British people due to the intermixing of the British people with those of the migrants, especially people from Asian countries.

In an attempt to win votes of the locals, the parties have gone rigorous in restricting the immigration rules pertaining to migrants from all over the world. However, these upcoming immigration factors can wreak havoc on Asian people, who are planning to come to Britain for studies or employment opportunities.

Being at the receiving end, the Asian people, who were harbouring dreams in their hearts since long for coming to Britain in order to pursue higher studies or get some better job offers, will actually have to bear the brunt of the new immigration policy post Brexit. As evident from the discussions and the reports of the all-party group, Britain will be now sterner in certain factors related to immigration. These include:

The above-mentioned factors can be problematic for the Asian immigrants, as Britain is now concentrating upon restricting immigration and in order to take the initial steps, they will start by amending the immigration laws for the Asian immigrants at first. UK hates Immigrants from India or Pakistan because they are very much particular about conserving their culture and any threat to the same can make them very inflexible in terms of immigration policies.

While Concluding- Advice for Asian Immigrants to UK

It is high time for the aspiring minds of India, Pakistan, Sri Lanka, etc. to start learning English until they become proficient in reading, writing, listening and conversing as well. Only this step can actually help them in being acquainted with the British culture and enable them to fuse more so that the British people feel confident in accepting their existence socially after immigration.

In fact, UK hates Immigrants from India or Pakistan because the immigrants do not able to mix with the UK society, creating a negative impact on the overall society as a whole. Hence, without wasting any more time, the Asians must start preparing for the new immigration rules from Britain.