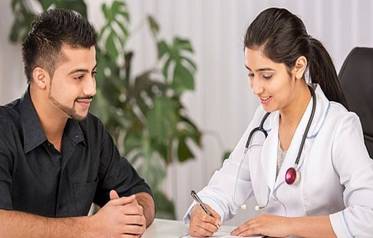 Immigrating as Indian Doctor in Canada

An Indian Doctor in Canada may wish to practice in Canada for a better future. Here are some challenges that can possibly paralyze the path of the Indian doctors in several ways.

Opportunities for Indian Doctor in Canada

After years of grueling hard work and finally getting the much-coveted MBBS degree from India, an Indian doctor may wish to try luck in abroad such as Canada. However, the following formalities are there that have to be completed in Canada in order to set up a full-fledged medical practice or do any other allied medical sector jobs.

Best places to work as a doctor in Canada

It is crucial to select the appropriate province to work in Canada. This will be helpful later onwards in the process of getting a medical license based on the requirements of that particular province. In this regard, provinces like Nova Scotia, Newfoundland, Labrador, Quebec, Saskatchewan, Prince Edward, etc. will be good to work in Canada. There are certain rural areas too with increasing demand for family doctors and physicians.

Expected remuneration as a doctor in Canada

Once an Indian doctor manages to overcome all the hurdles and start practicing as a doctor, he or she can earn up to 1,50,000C$ (Canadian dollar) after completion of residency. However, this is completely dependent upon the hours of work, reputation, skills and area of work of the concerned doctor. At present, the demand of family medicine is in high demand in Canada, owing to acute crisis of doctors in this genre.

With the expansion of medical colleges and universities with enhanced quality of education, the obstacles are likely going to rise for an Indian doctor in Canada. This is because Canada will have more resident doctors then and will try to stay away from recruiting foreign doctors due to complexities involved in formalities. Hence, it is advisable for the Indian counterparts to proceed very thoughtfully in this regard.