Donald Trump and Hillary Clinton talk about immigration in the final presidential debate on Wednesday. It was a tough fight between the two candidates. But it was quite open and obvious that none of them agreed to each other on any point. 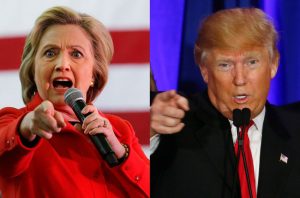 Trump is totally against the rising level of immigration and to counter Hillary he said, “She wants to open borders. People are going to pour into our country”.

During the debate in University of Nevada Las Vegas on October 19, while opposing Hillary’s point of view on immigration Trump said, “We have no country if we have no border. She wants to give amnesty”.

Clinton became defensive and stated that “I have always supported border security for years and also included in my presidential immigration plan.

The moderator Chris Wallace asked Clinton to explain her remarks about “open borders” to the Brazillian bank Banco Itau in 2013.

The excerpt released by Wikileaks are as under:

“My dream is a hemispheric open market, with open trade and open borders. Sometime in the future with the energy that is as green and sustainable as we can get it, powering growth and opportunity for every on in this hemisphere”.

In a reply to the accusation, Clinton replied that her sentence in the speech was related to energy not people.

“I was talking about energy, you know we trade more energy with our neighbours than we trade with the rest of the world combined. And I don’t want us to have an electric grid, an energy system that crosses borders. I think that will be of great benefit to us”.

Donald Trump and Hillary Clinton talk about immigration in the final debate became nerve wracking when Trump shook his head and said “She wants open borders. People are going to pour into our country”.

Though when Wikileaks links were cross-checked immigration experts had something else to say about the “Wikileaks post on- Hillary Clinton supporting open borders”.

Stephen Kelly Duke university public professor (expert on immigration) “My guess would be Clinton’s Brazil speech reflects this border call for greater hemispheric cooperation on variety of issues including trade context and seeing rest of her speech, I would also guess that the “open borders” she mentions relates to goods and capital but not people”.

Our take on this debate is that Trump’s claims that Clinton is in support of “open border” for immigrants are mostly incorrect. Although she wants to make it easier for some undocumented immigrants to enter the USA. Also, she clearly mentioned “a hemispheric common market with open trade and borders”.