Yes, that is quite right. 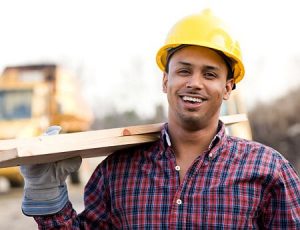 As per Bob Blakely, Canadian operating officer with CBTU, states that there seem to be some legitimate uses for TFWs(Temporary Foreign Workers). People from nations like Ireland and the US can work in high-skilled, dangerous and high-stress jobs, he said. Such foreigners can work equally good as compared to a Canadian, he added.

It needs to be worth notable that the flow of immigrant workers have slowed down following restrictions introduced since 2011. New rules introduced in 2014 have further restricted the use of TFWP(Temporary Foreign Worker Program) by Canada employers. This led to the program becoming harder for all businesses and companies to use. That’s because it made it a priority on offering jobs to Canadians first.

No wonder, many employers blame new tougher Canada immigration rules for temporary foreign workers. These tougher immigration rules are costing the nation revenue, productivity and jobs. Several complaints by Canada employers and businesses have prompted the government of Canada to review TFWP. It is likely to get tabled this month along with proposed changes.

Hotel managers in Canada are worried as their housekeepers have to make many beds and agricultural producers have no option but to throw food in the dustbins. All this is happening due to lack of sufficient temporary foreign workers.

MaryAnn Mihychuk, Labor Minister, stated that the government must work with firms to make sure they have Canadians for filling jobs (if possible). In the absence of suitable, Canadian firms and businesses must have access to temporary foreign workers, she added.