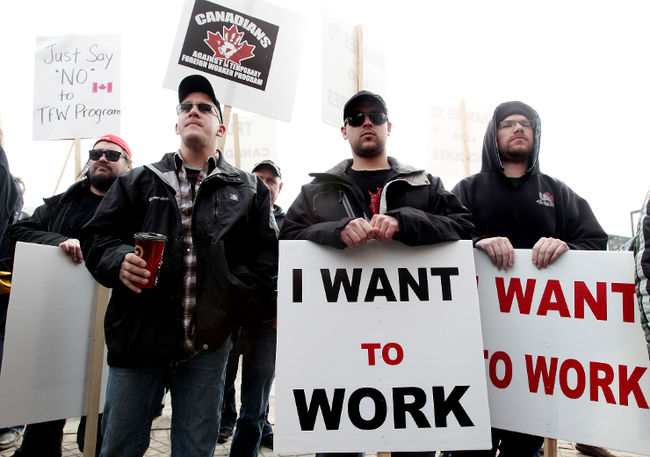 The Conference Board of Canada recently conducted a study which clarifies that businesses in Canada have been continuously hiring more foreign nationals without proving that no Canadians could be found to do the same job. The report has come at a time when the federal liberals are preparing to expand Canada’s foreign worker programs.

The study has found that between 2010 and 2014 there has been a minor decline in the number of people coming to Canada under temporary foreign worker program which requires the employer to prove that they couldn’t find a Canadian for the same job.

The report also highlighted that in 2014 about 360,000 temporary work permits were signed which shows an increase of 64 percent from the last decade.

As concerns poured in after a report was published regarding the Royal Bank of Canada, where staffers were laid off to train their foreign worker replacements, the previous Conservative Government reformed Temporary Foreign Workers (TFW) program.

The Tories divided this reformed program into two parts. The first being a restrictive TFW program which needs the employers to prove that they couldn’t find a Canadian to do the job. The second is numerous International Mobility Programs (IMPs) which doesn’t have that requirement. It majorly targets higher skilled workers.

The authors of the study suspect that employers are using IMPs to avoid proving that they are unable to find a Canadian for the job. As the authors highlighted that there are substantially more opportunities for interested foreign nationals to obtain a temporary work permit in Canada under the IMP than the TFWP.

Lack of Data on foreign workers

The study of Canada’s foreign worker programs holds the lack of data on the issue as a major hurdle in the path of the policy makers to make informed decisions which are for the country’s economic progress. They also pointed out that due to lack of data it is difficult to know the type of work the permit holders are taking up which has a direct impact on the domestic labor market.

The Board also highlighted that the Trans-Pacific Partnership (TPP) and Canada-EU trade pact (CETA) which will allow Canadians to work in those countries at certain terms at the same time allowing foreign nationals of those countries to work in Canada.

Although the future of these partnerships is uncertain the Conference Board’s vice-president for industry and business strategy, Michel Bloom urges the government to keep the domestic workers as their priority and efficiently monitor the TFWPs in their further reforms.