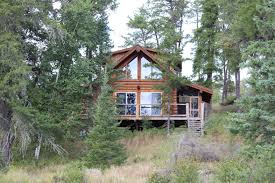 Recently Winkler and Morden, hitherto unknown and unheard cities of Canada in the Pembina valley in Manitoba Province are in news for Unexpected reason. While in other provinces of Canada, the struggle is to get a decent job, the cities have large number of small industrial units that manufacture wide range of consumer goods.

Driving through the quiet cities, you wouldn’t be able to believe that the outskirts of the cities have large number of manufacturing units and the cities offer excellent quality of life as well as Job Opportunities too

Immigrants are flocking to these cities in the Pembina Valley for two main reasons: quality of life and jobs.

Manitoba Government actively encouraged settlement here-As the population in these smaller cities in Manitoba got down to its recent times lowest level of about 10000 in both the cities put together, Government in Manitoba started to work to attract people to these places and facilitating their settlement here. The Government also worked overtime to handpick the new immigrants who had potential to set up industry here to offer them all the facilities to enable them set up business here. City officials even travelled abroad to meet prospective immigrants and as a team offered them all assistance that would help them settle here. Many immigrants who settled here agreed that without the active support from Manitoba Government, it would not have been possible for them to settle here.

In turn, it helped providing more jobs to local inhabitants here too which further helped accelerate the growth rate.

Thanks to all these efforts, per capita unemployment rate is one of the lowest in the country.

For Manitoba, this was not without any reason. With aging population, it was fast losing its tax base. Settling new immigrants here has not only provided it with sources for tax revenue generation but also help grow the region.

About 75% of the new arriving immigrants settle in bigger cities as Toronto, Calgary, Vancouver, Montreal etc where these immigrants perceive easy availability of jobs. Less than 5% of the immigrants opt to settle in such small cities and all this was made possible due to efforts of Manitoba Government

While selecting immigrants, preference was given to immigrants who had no relative in other provinces in Canada so that they may not use Manitoba as gate way to Canada.

This did improve retention rate of immigrants in Manitoba.