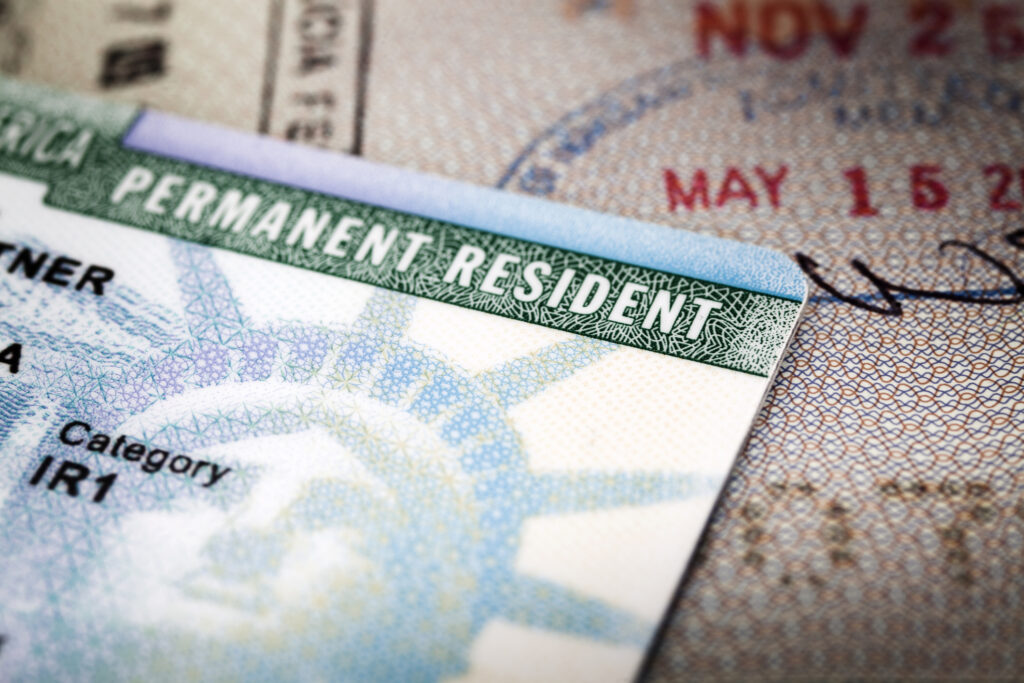 Is U.S. Administration Purposely Delaying Issuance Of Documents To Immigrants?

Lapses on the part of the US administration have now started affecting the immigrants in the country in a bad way. From losing jobs to feeling threatened these foreign nationals are going through a tumultuous experience solely because the Trump administration has decided to cut down on the printing of documents. According to reports, without prior notice, the administration decided to scale back printing of documents that are so essential for the immigrants including wallet-size I.D. for legal permanent residents and green cards.

Carrying the I.D is critical for the immigrants in the US every time they step out of the home to prove their legal status in the country.

Discussions in 30 Seconds hide
1 Financial Situation Being Blamed For Freezing Printing
2 Green Card Is Must For Every Permanent Resident
3 Is This A Hidden Strategy Of The US Administration To Curb Immigration?
3.1 About Post Author
3.1.1 Sangati Jogwar

In the mid of last month, the contract of the U.S. Citizenship and Immigration Services with a company that has been printing the legal documents for the immigrants came to an end. USCIS was planning to insource the activity but due to the financial situation had to freeze the process of printing. Corbin, Ky, and Lee’s Summit, Mo are the two facilities that have been printing these credentials. But now the first one has been shut down whereas the second facility is forced to cut down its production capacity due to financial issues.

According to the USCIS statement, more than 75,000 employment authorization and 50,000 green cards that were supposed to be printed are yet to see the light of the day. In the absence of loan sanction of $1.2 billion from Congress, the agency may have to cut down or stop the operations further. Sadly out of all these immigrants who are waiting for their legal documents many are those who have completed all their processing for legal permanent residency.

Also, many permanent residents are waiting for their renewed identity cards which need replacement or continuation after 10 years. Even after completing all the required processes such as biometric assessment, interviews, and more these immigrants have been left in lurch simply because the agencies do not have adequate funds for printing.

Green Card Is Must For Every Permanent Resident

Every foreign national who is a permanent resident of the US has to compulsorily carry a green card with him all the time failing which he can be sent to jail or pay fine. These green cards are also extremely necessary for the immigrants to apply for jobs, reenter the country, or even for traveling. In the absence of these documents, the immigrants have started panicking and making frantic calls to the USCIS.

The agency has accepted the extremity of the situation saying, “Our volume of inquiries [has] spiked concerning cases being approved, but the cards [are] not being produced. A lot are expediting requests, and we can’t do anything about it; its costing people jobs and undue stress.” Normally the applicants get their documents printed within 48 hours of fulfilling the process. But more than a month’s delay is hinting at some mismanagement on the part of the USCIS. The agency is trying to come out of the financial crisis by cutting down its staff but that cannot be the solution as it will further slow down the delivery of documents.

Is This A Hidden Strategy Of The US Administration To Curb Immigration?

Donald Trump has already hinted that he intends to curb down immigration and have asked the authorities to put issuance of green cards or work-based visas for foreign nationals on hold. Processes have been purposely slowed down for those who are applying from within the country citing bureaucratic excuses. From holding files from forwarding to shutting down centers for biometric data, steps have been taken under the pretense of COVID-19 lockdown to eventually slow down the entire process.

It ultimately means that by the end of this year, the number of green cards issued by the US administration will be dramatically reduced. And for those who are in ardent need to come up with legal proof of their residency getting a special passport stamp from the agency can serve the purpose. But the conditions include citing critical needs which can further discourage most of the immigrants.

Now the immigration attorneys are claiming that the agency has either squandered or diverted the huge filing fees that it receives from the applicants and is trying to scale down legal immigration without making any changes to the existing law.