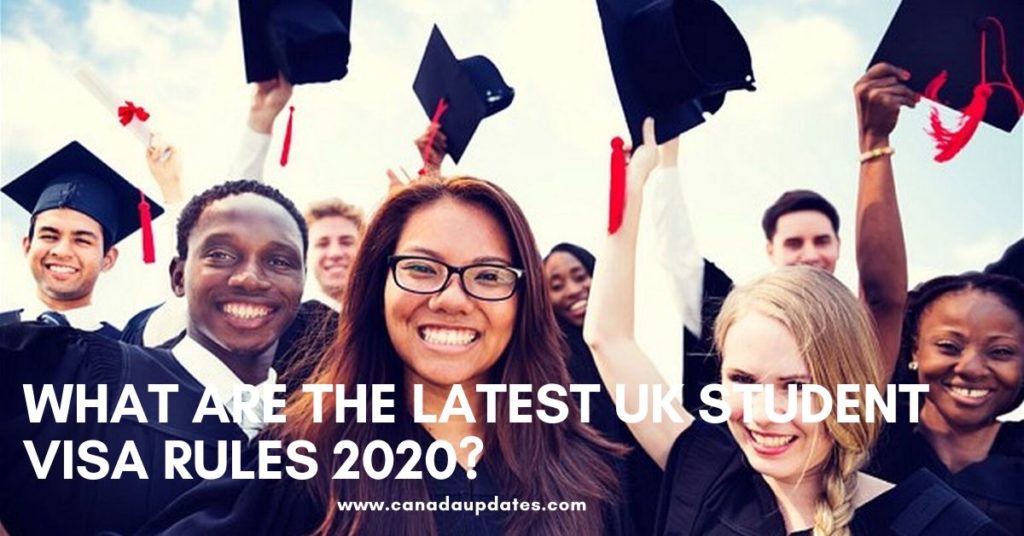 Overseas students who begin their studies in the UK in 2020 can benefit from a new student visa proposed by the UK government. Let’s go through the latest student visa rules for 2020 in the UK.

Discussions in 30 Seconds hide
1 Applicability of New UK Visa Rules
2 Is It Possible to Work in the UK after Pursuing Graduation?
3 Who is Eligible for (Post Study Work Visa) PSW Visa of UK?
4 When Will the New Student Visa Come into Effect?
5 Is the New Student Visa Rule Applicable To EU Students?
6 After PSW Visa Completion Period
7 Whether the PSW Visa Applies to all the UK Universities
8 Whether You Need a Sponsor For PSW
9 Affect Of Brexit on PSW Visa
9.1 About Post Author
9.1.1 Shobha Vats

The new student visa requires global students to stay back in the United Kingdom following graduation and pursue jobs for two years. It generally means a work permit and a residence permit of 24 months after graduating from university. The new student visa rules would apply to all overseas students who will begin their studies in 2020 or later.

For the first two years after graduation, PSW or post-study work visa holders will work in any job they will find, and the aim is for them to move on to a general work visa afterwards.

The chance to live and work for two years after graduation offers the United kingdom an enticing choice for students planning to launch their careers.  Several other European countries give similar conditions to their international students.

Is It Possible to Work in the UK after Pursuing Graduation?

The new student visa or PSW visa rules would allow you to work in the UK after completing graduation. Since September 2020, students enrolled in a UK university may live and stay in the country for two years after graduation to seek employment relevant to their program. It refers to students among all higher education institutions who are known as’ official sponsors of visas’

The visa conditions to these students are likely to be the same as their initial student visa conditions, and even if the personal circumstances have changed, they will be automatic. The above extends to undergraduates (Graduate degree), postgraduates (Master’s) and even Doctoral students.

The PSW visa aims to allow graduates further time finding a job after university, and it does not affect how much you can work while you study.

Who is Eligible for (Post Study Work Visa) PSW Visa of UK?

Earlier, Bachelor or Master students only had four months to stay to search for a career. It has been strengthened to two years with the new student visa rules.

When Will the New Student Visa Come into Effect?

All Tier 4 students who are admitted for or later on a class in the 2020 admission period will be subject to the UK’s new PSW visa rules. And if you are preparing to apply for a course from September or October 2020 in the United Kingdom, these guidelines will apply after your graduation.

Keep in mind, however, that visa laws might always change and that individual circumstances can sometimes be significant. Be sure that public announcements accompany all future changes.

Is the New Student Visa Rule Applicable To EU Students?

After Brexit, EU nationals are reportedly expected to apply for a visa for the PSW to live in the United kingdom following their studies.

If any EU student graduated at a UK university in 2019, they would be entitled to pay domiciliary fees for the duration of their course instead of international. It has been extended to 2020 in Scotland by universities.

Nevertheless, upon graduation, the impact of Brexit may be detrimental to EU citizens’ rights to live and work in the UK.

When proposing the new student visa rule, the United Kingdom did not agree with the EU on how or the ties after Brexit are going to be. Still, it is reasonable to say that EU students are losing their legal right to work in this country once they graduate or while they study.

The PSW visa allows students to apply for any jobs and is usually permitted until two years at university.

However, if the time comes to an end and the PSW visa expires, someone who wishes to live in the UK for longer will have to apply for a skilled visa or general work visa.

The job must comply with the Tier 2 work visa requirements. It means that you usually need to be paid at least £ 30,000 per year, but it may be higher or lower for some jobs.

Whether the PSW Visa Applies to all the UK Universities

Graduates from all UK universities are usually eligible for a work visa after study. The conditions are that the British Government must recognise it as a trustworthy institution, also known as’ licenced sponsors.’

The list is updated if a university fails to preserve its’ proven record’ for enforcing the immigration and visa controls. And it is worthwhile doubling if your university is listed on the list whether you are studying or intending to study in the UK.

Whether You Need a Sponsor For PSW

You don’t need a sponsor to apply for the PSW visa. For other forms of visa, a sponsor is typically required (especially an employer)

In the above case, a sponsor will be a university from which you graduate until it is qualified. Almost any foreign graduate from a recognised list of British universities is eligible for a visa.

Affect Of Brexit on PSW Visa

The term Brexit came to be known in the limelight as the United Kingdom left the European Union. Brexit is going to impact many students of European Union studying in UK universities.

Though, international students on Tier 4 visas are not expected to have a significant impact on post-study work privileges.

Many see the new post-study work visa to ensure that talented students can select UK universities in response to Brexit. The students from the EU may be able to engage in the same post-study job arrangements, depending on the deal between Britain and the EU, because they will then become holders of a Tier 4 Visa.

Furthermore, the UK did not decide at the time of writing how it should withdraw from the EU, and regulations could always change. Any significant change as announced will be updated.