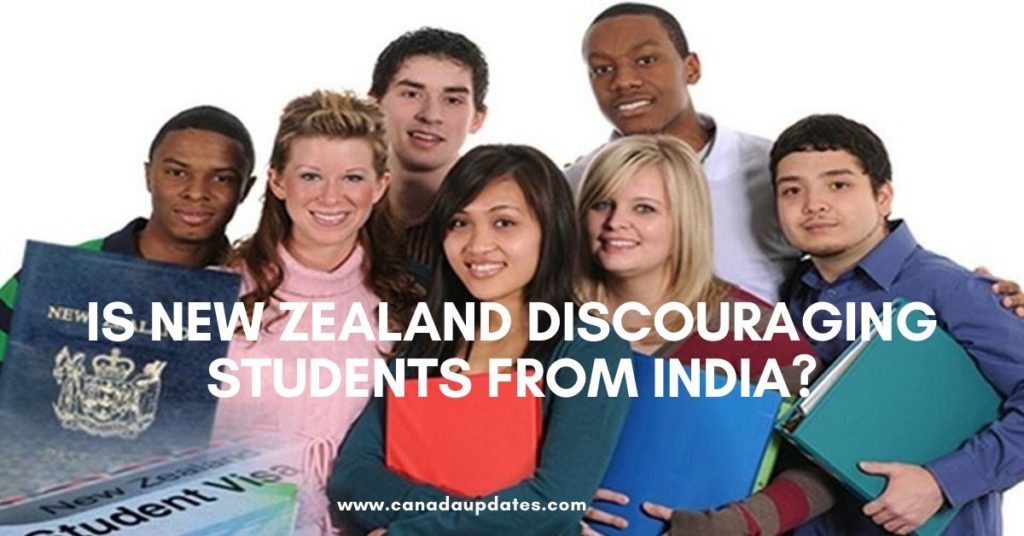 The country provides access to advanced scientific knowledge through world-renowned academics, laboratories and technology with an annual investment of NZ$877 million and both countries share a good relation trade and commerce for ages.

An Indian man, who once praised New Zealand as a student education destination, told his social media followers that only goats and sheep are grazed by people here, which he later apologized for spreading the news.

In a crackdown by Immigration New Zealand, one of the consultants had advised the students to apply for study in Canada instead.

In 2013 Mr Hari (the consultant) praised New Zealand with the silver fern over his right shoulder. New Zealand is a dream country, set in the lap of nature. He told his followers that New Zealand had built a system that would allow students to study, work and reside.

When a student asked him about opportunities in New Zealand, the tone was very different.

What would you do in New Zealand? People graze the sheep and the goats! “New Zealand has four million people, which means 20 sheep per person. People who have already gone to New Zealand will graze sheep.

Mandeep Bela, the spokesperson for the Union Network of Migrants, conveyed that the remarks are absurd, they prove agents in India are now concentrating on new markets.

There has been a decline of Indian students; the applications were rejected due to the change in immigration policy.

However, it has not gone that genuinely to make ridiculous remarks. Later the same consultant had taken back his words and apologized for the same.

The real fact is that Indian students are opting New Zealand for their higher studies.

The main reasons for studying in New Zealand is that you’ll see some of the most beautiful, warm and welcoming people you’ll ever meet, and that may be the one and the only reason you’ll think you’ll stay in the country for higher studies. When you’ve decided to study there, you’re nothing but a stranger for a couple of days unless and unless you’ve built up a good friendship.

After you complete your graduation course in New Zealand, you get the work permit to work in New Zealand together with your certificate.

If you complete your graduation course and get a work permit, you will also be helped to receive a residential permit.

When in any full-time course you are pursuing higher studies in New Zealand, you can use the work permit during the holiday period.

If you are a full-time student, during your term, you will work 20 hours a week.

The degree you get through studying in New Zealand is recognized internationally.

Everything you learn in New Zealand is the most up-to-date course that lets you stay up-to-date with all the modern technologies and techniques.

As there is a shortage of skilled workers in IT and other courses in New Zealand, you get higher chances of getting an excellent job in New Zealand after your studies are complete.

The good thing is you’ll see no more than four million people living on the island, so there’s no overcrowded city and no more conflict. When you’ve decided to study in New Zealand, you’ll feel relaxed and calm.

The System of Education

You’llYou’ll see a stable government, friendly people like pleasant weather, low living costs and immigration is possibly very accepted. If you decided to study in New Zealand, you’re sure to think about the country’s education system. The tuition fees are much less costly compared to other developed countries around the world. You will get a full British-based education program, and the degree is recognized worldwide. You will not see the quantity but the standard of education.

Plan well before you take up a decision. Firstly decide the course you want to pursue and research thoroughly on the universities that provide the program. Then go through NewZealand’s immigration website to understand the visa process. The applicants should apply directly without approaching any agents because there are too many frauds happening in the education world.