The Canadian Trucking Alliance is striving hard in order to safeguard the immigrant truck drivers who suffer abuse during their work.

Discussions in 30 Seconds hide
1 An investigation by Canada’s Globe and Mail Newspaper
2 The Consequence Suffered by the Trucking Sector of Canada
3 The solutions offered and asked by Trucking Alliance from the Canadian government for Truck Drivers:-
3.1 About Post Author
3.1.1 AditiJ

An investigation by Canada’s Globe and Mail Newspaper

After their statement, Canada’s Globe and Mail newspaper carried out an investigation and reported that there are many trucking companies and immigration consultants in British Columbia who are mentally torturing foreign workers. Even, these mighty immigrants are forced to pay hundreds of thousands of dollars for grabbing jobs of semi-truck drivers.

This practice is totally illegal and should not be followed. Also, there were many shocking findings of the report. It also found out that most of these drivers do not have prior experience of handling trucks and also the heavy loads mainly during the colder conditions that involve snow or ice. Also, the exploitation of these workers including working for long hours and not compensating with payment was extremely common.

When Canada’s Globe and Mail newspaper asked the foreign immigrants what made them pick up these jobs when they lacked experience, they said this job helped them to apply for permanent residency in Canada, which is the dream and ultimate aspiration of all.

Also, an incident was shared by the Globe and Mail investigation, where an inexperienced driver, Jaskirat Singh Sindu who hailed from India was driving a loaded semi-truck and slammed into a bus in Humboldt, Saskatchewan. The bus carried the hockey team and on the spot, the incident resulted in the killing of 16 people.

Presently, Sindu is under custody and completing his eight-year prison sentence and on completion of this sentence, he shall be deported back to his country India. 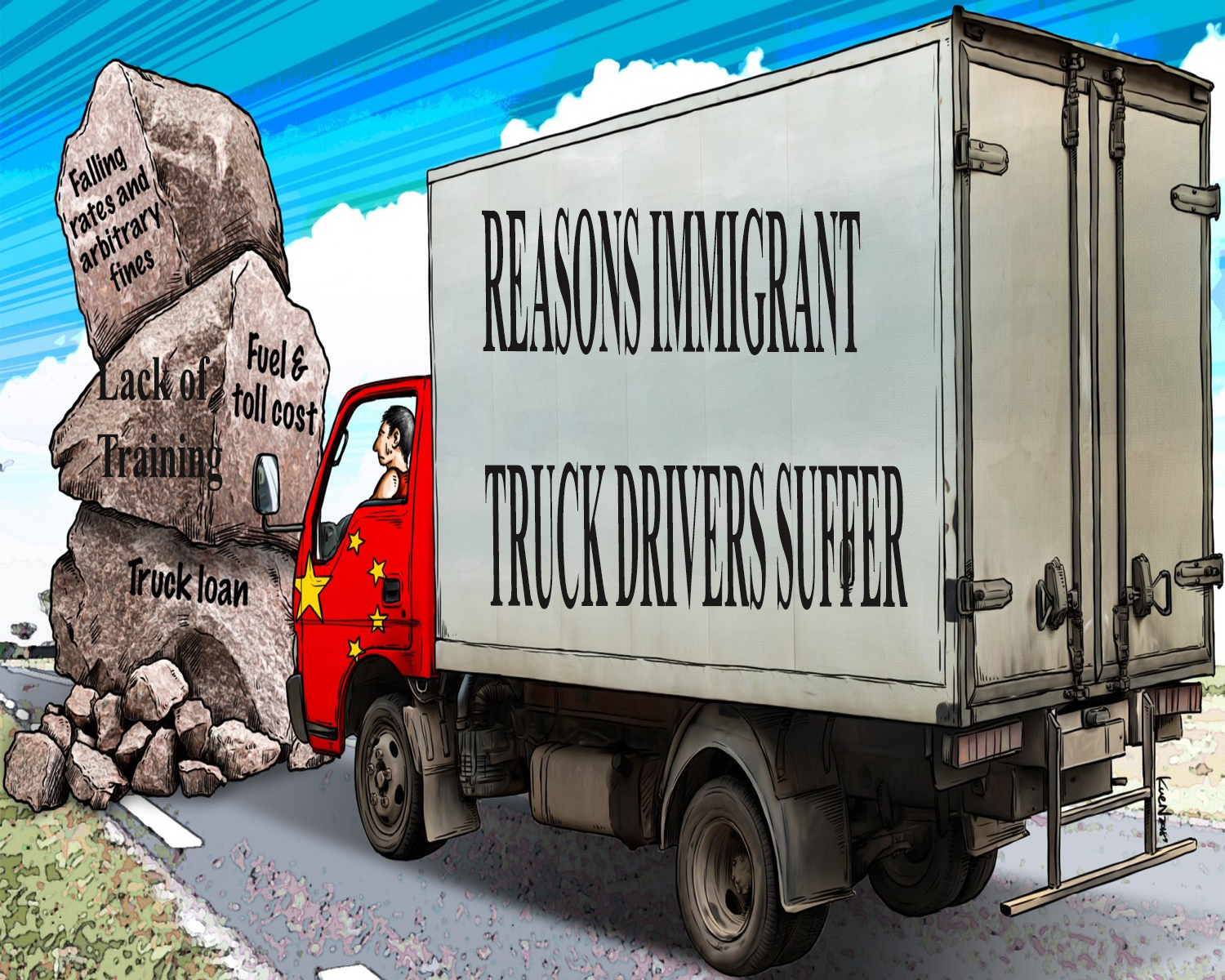 The Consequence Suffered by the Trucking Sector of Canada

Canadian Trucking Alliance highlighted that these immigrant drivers have a significant role to play in the trucking sector of Canada. Also, the Trucking sector has the highest job vacancy rates which are at 6.6 percent but currently there are 20,000 positions that are waiting to be filled.

The answer to the problem is not the stopping of federal/provincial immigration programs as there are so many carriers who are facing the shortage of drivers which will overall impact the economy.

The solutions offered and asked by Trucking Alliance from the Canadian government for Truck Drivers:-

In the end, the alliance will continue to work hand in hand with the Canadian Government and ensure that immigration programs grow so that the requirements of the responsive fleets are met with the immigrate drivers migrating to Canada with high dreams. It will also continue to work for the betterment of the future truck drivers migrating to Canada by safeguarding their rights.