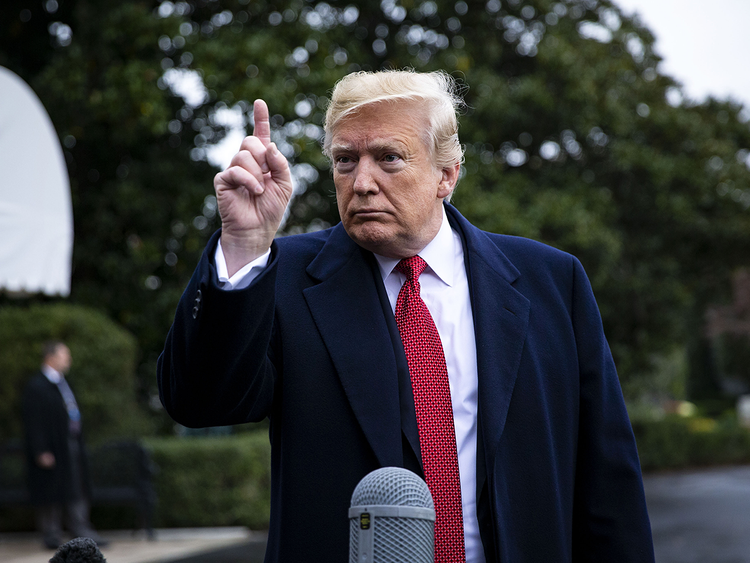 Mexico held talks with Trump administration on June 7 after the U.S. president threatened to impose tariffs on Mexican goods. President Trump offered to back down from imposing tariffs if Mexico would sign a “safe third country agreement” with the U.S. Mexico did not agree to it but proposed that they would tighten border security and curb the flow of undocumented immigrants.

Discussions in 30 Seconds hide
1 Safe Third Party Agreement not favorable for Mexico
2 Mexico and US agree to discuss the status of Migration Rate further after 45 days
3 How things could play out for Mexico if a safe third-party agreement is signed?
3.1 Raima Sen

The “safe third party agreement” is a treaty between two countries where both countries agree to the rule that any person seeking refugee status can only apply for it in the first country they enter. Canada and the U.S. had signed this agreement in 2004. Back then, Canada was having a hard time handling the flow of excess immigrants due to its lax immigration laws. The U.S. agreed to the treaty to help Canada, as a large number of immigrants who were entering Canada from the United States could no longer gain refugee status in Canada.

Currently, most of the immigrants entering the U.S. are Central and Latin Americans who enter the United States through Mexico. A safe third-party agreement between the two countries would mean that Mexico would be forced to provide asylum to the majority of the immigrants, which is not desirable for them.

A deal has been reached between both countries where Mexico has proposed to enforce strict border security and immigration laws. Mexico’s Foreign Minister Marcelo Ebrard stated that national guards will be deployed to the southern borders, as well as further measures would be taken to restrict all illegal activities that occur across the borders. After 45 days, another meeting will be held where United States officials will evaluate the outcome of Mexico’s actions.

If Mexico fails to show positive results in illicit border activities within the proposed period, they might be forced to sign the third safe party agreement, or, risk getting tariffs imposed by the U.S. on all their goods. However, it has not been specified how and on what basis will the U.S. decide whether Mexico’s border regulations have improved within the mentioned period.

How things could play out for Mexico if a safe third-party agreement is signed?

During his presidential campaign, Trump had heavily focused on his aggressive stance on illegal immigration along the Mexican-American borders with promises of building a wall along the borders to prevent unwanted immigrants from entering the U.S. But the flow of migrants along the Southern borders has not yet seen any significant decline, which resulted in his threats of imposing heavy tariffs on Mexico.

If the government of Mexico fails to deliver on their promises of curbing illegal border movement within 45 days, they will either have to sign the refugee agreement or accept the decision of U.S government to impose tariffs.

President Trump’s tariff threats have alerted many officials and businesses within the U.S., as it could lead to a trade war between the two nations that could have a negative impact on the U.S. economy as well. Many Republicans are also against the idea of such a harsh decision.

The most likely scenario is that U.S. officials would stay adamant on imposing tariffs to force Mexico into signing the safe third party treaty. If that happens, Mexico will have to opt for a ‘regional strategy’ where they need to convince countries such as Panama, Brazil, Guatemala, Honduras and a few other Latin American nations to follow similar agreements – all these countries will have to accept refugees who enter their borders first. To add to that, people from Cuba and Africa also attempt to enter the U.S. through Mexico, as stated by Latin American policy specialist Juan Carlos Hidalgo.

Hidalgo added that getting those countries to agree to such a treaty would be a daunting task for the Mexican government, as Mexico is not a regional power, and it has not been involved in the immigration policies of neighboring countries in the past. If Mexico fails to implement such a regional strategy, it will ultimately be forced to take in the majority of refugees on its own. Sarah Pierce, a policy analyst at the Migration Policy Institute, stated that the idea of having a mutual agreement between countries regarding refugee policies is usually ideal, but in the case of U.S. and Mexico, it would only serve as a means to shift the refugee crisis from the shoulders of the United States to that of Mexico without providing any fruitful solution the problem in general.

Mark Krikorian, executive director of the Center for Immigration Studies, supported the restriction policy, claiming that Mexico is not an impoverished country after all. He added that Mexico has an asylum system that can accommodate refugees and set up necessary regulation, but they are simply trying to avoiding the issue to let the burden of illegal immigrants rest on the shoulders of the United States.