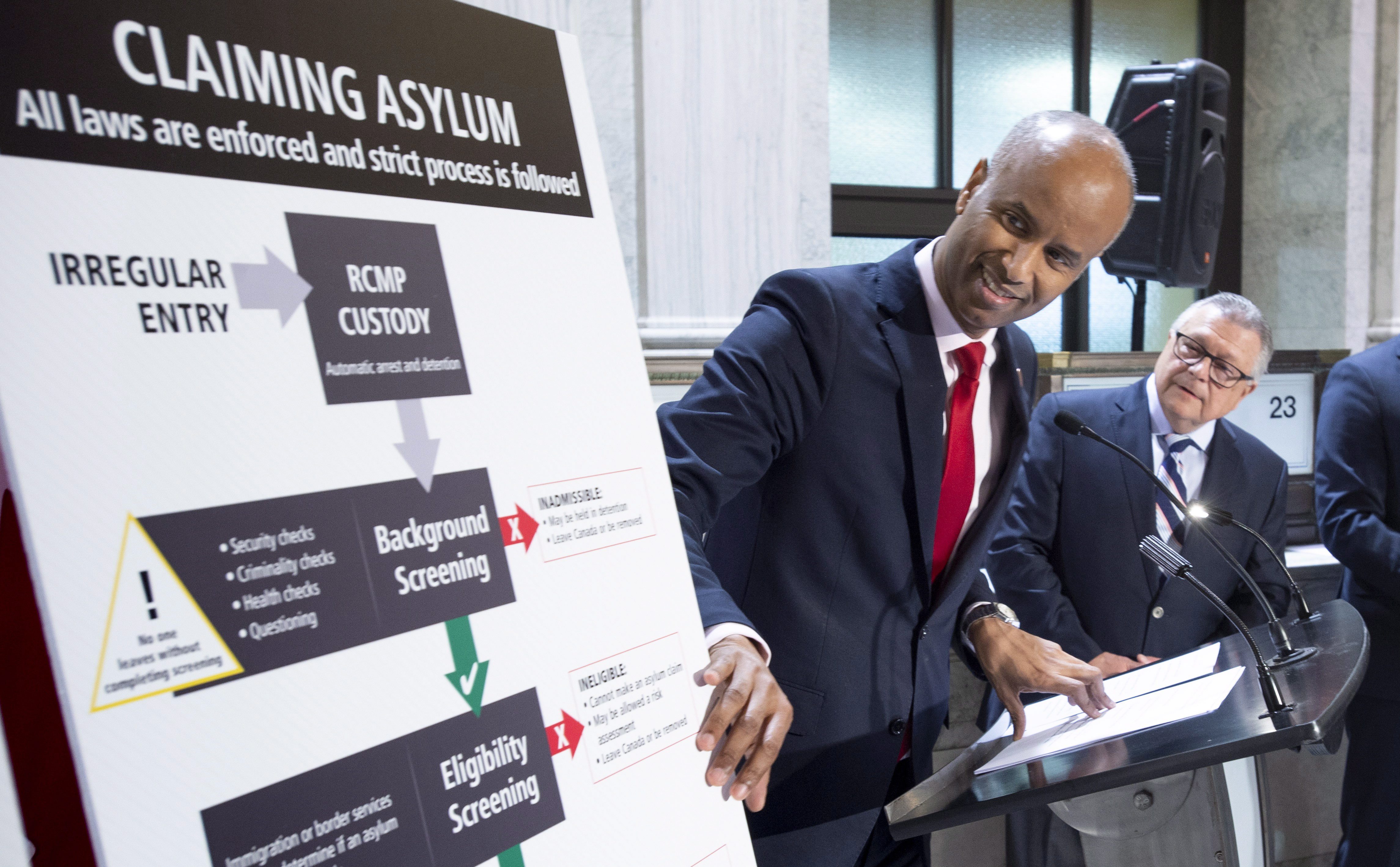 Is it easier to seek Asylum Claim than apply for Regular Immigration in Canada?

According to the Immigration and Refugee Protection Act every person who wishes to enter Canada has to appear for an exam at an entry port to assess if he/she can enter Canada, or get authorized to enter and live in Canada.

Two important authorities who are in charge of protecting the Canadian border are the Canada Border Services Agency (CBSA) and the Royal Canadian Mounted Police (RCMP) and they deter any irregular entry into Canada and safeguard the Canadians.

Discussions in 30 Seconds hide
1 How is an Asylum Claim made in Canada?
2 Irregular crossings into Canada
2.1 Diksha Garg

How is an Asylum Claim made in Canada?

People can get an asylum claim done in Canada at either an entry port or the inland CBSA or the IRCC (Immigration, Refugees and Citizenship Canada) office and the decision rests with these authorities. The factors that assess the eligibility for such claims consist of whether a crime of serious nature has been committed by the claimant, or they have made a similar claim previously, or they must have received protection elsewhere.

Individuals who claim for Asylum differ from the resettled refugees. Seekers of Asylum register a refugee claim at either a Port of entry in Canada or the in-land office (CBSA or IRCC). These claims are partly governed by specific international treaties. On the contrary, Resettled refugees get screened abroad, they undergo security as well as medical checks before a visa is issued to them. Once they get into Canada, they become permanent residents. Every single refugee claimant undergoes health along with security screening, inclusive of biographic, biometric checks and also the security and criminality check is initiated.

People who get intercepted by the local law enforcement or RCMP post irregular crossing of the border are taken to the closest CBSA port of entry or the inland CBSA or the IRCC office (whichever is closer). This is where the officer will get an immigration examination done which includes considering if the detention is warranted. The individuals also get the health checks done as well as the security screenings, based on which it is decided if they can make a refugee claim. These screenings are inclusive of biographic as well as biometric checks.

If the claim is eligible, then it gets referred for a hearing, to the Refugee Protection Division of the Immigration as well as the Refugee Board of Canada (IRB). Else, a removal order gets issued and released on certain conditions to report for a removal proceeding in the future.