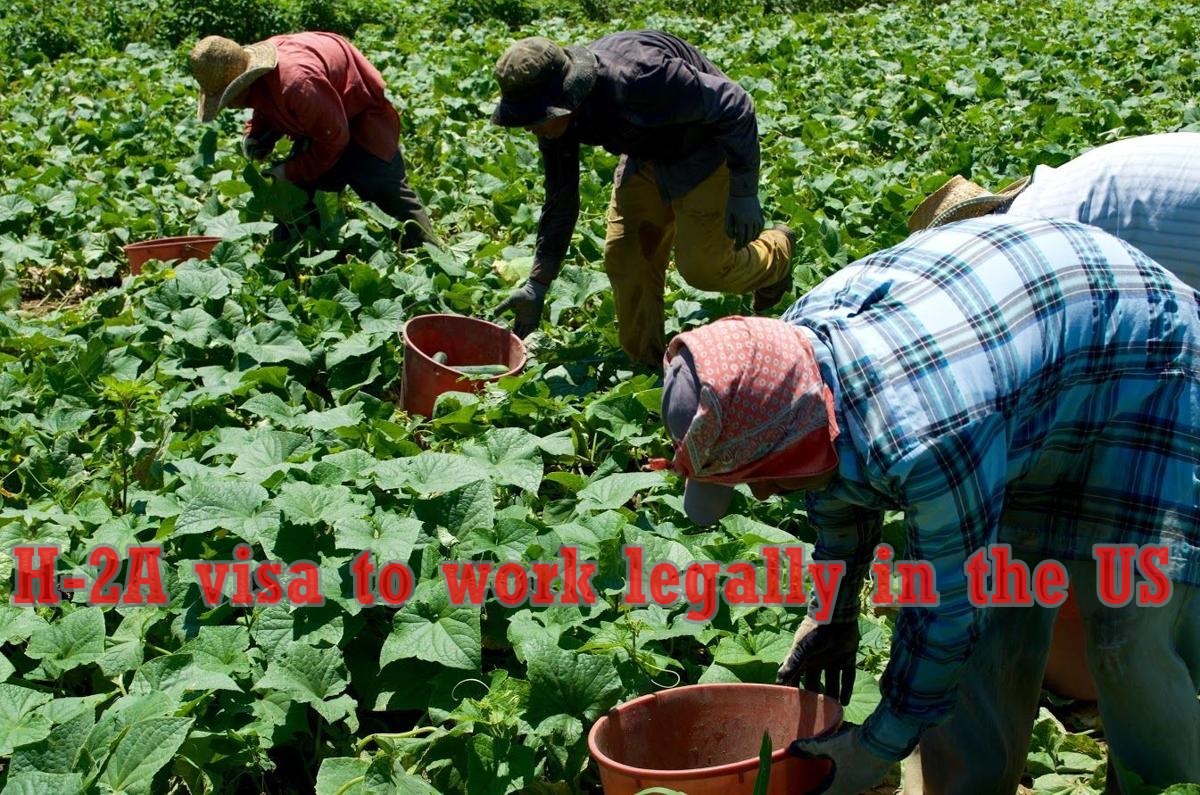 Farming Industry in the US for decades now have been employing the Low-class labor from Outside as Americans don’t do the job. Mostly these workers either are undocumented or illegal in the US. Since the 2000s the number of these workers are on the decline thanks to the immigration strictness. To fill the gap, there is a Temporary Visa Program for Farmers as Guest Workers to survive in the US.

Discussions in 30 Seconds hide
1 To fill Labor Gap Employers Recruit Through Temporary Visa Program for Farmers as Guest Workers to survive in the US-
1.1 H-2A Visa- Legal option for Guest- Worker in Agriculture to work in the US-
1.2 Conditions to be followed by US Employers before hiring Foreign Labor-
1.3 Labor from remote areas of Mexico is Dependable on the American Salaries for their expenses-
1.4 H-2A Program’s application is on rising since 2010- CSI Visa Processing Office
1.4.1 About Post Author
1.4.1.1 Diksha Garg

After strict immigration rules, more workers start leaving the country than entering still leaving a Labor void. To Fill that Void employer started using a legal method of Temporary Visa Program to recruit the workers. As per the data from the labor department, the number has been increased from 165,000 to 242,000 due to this program.

Labor shortage leaves no chance for the employees but to invite the labor legally. H-2A visa for the worker is valid for ten months in a year. According to a Labor contractor from Ariz, these labor work hard and employers need that hard-work which they are not getting from Native labor.

Conditions to be followed by US Employers before hiring Foreign Labor-

According to the data this Harvest season there have seen a rise in the H-2A worker from 2858 to 3800, and strangely all are from Mexico. Humberto Ruiz Silva, a worker from the north of Mexico, said they are dependable on the American salaries for their expenses, for the children education. American salaries are three times more than what they are earning in Mexico. He added that for some the salaries is even ten times of salary in Mexico.

With all the border crossing difficulties and other immigration rules, labor found this program as a ray hope for survival- Officials of CSI claimed. Giving the data, they said they helped to process 20,000 workers in 2010, but now that number has risen to 35,000.

The president of CSI- Guillermo Mathus stated that he has tried to merge the poorest of the poorest region in Mexico with this Program. In an area called El Mezquital in Mexico people earn only 1 or 2 dollars per hour as salary, but in America, it’s exponentially increased to $12 per hour. H-2A Temporary Visa Program for Farmers as Guest Workers to survive in the US is a great opportunity for the labor to work legally.