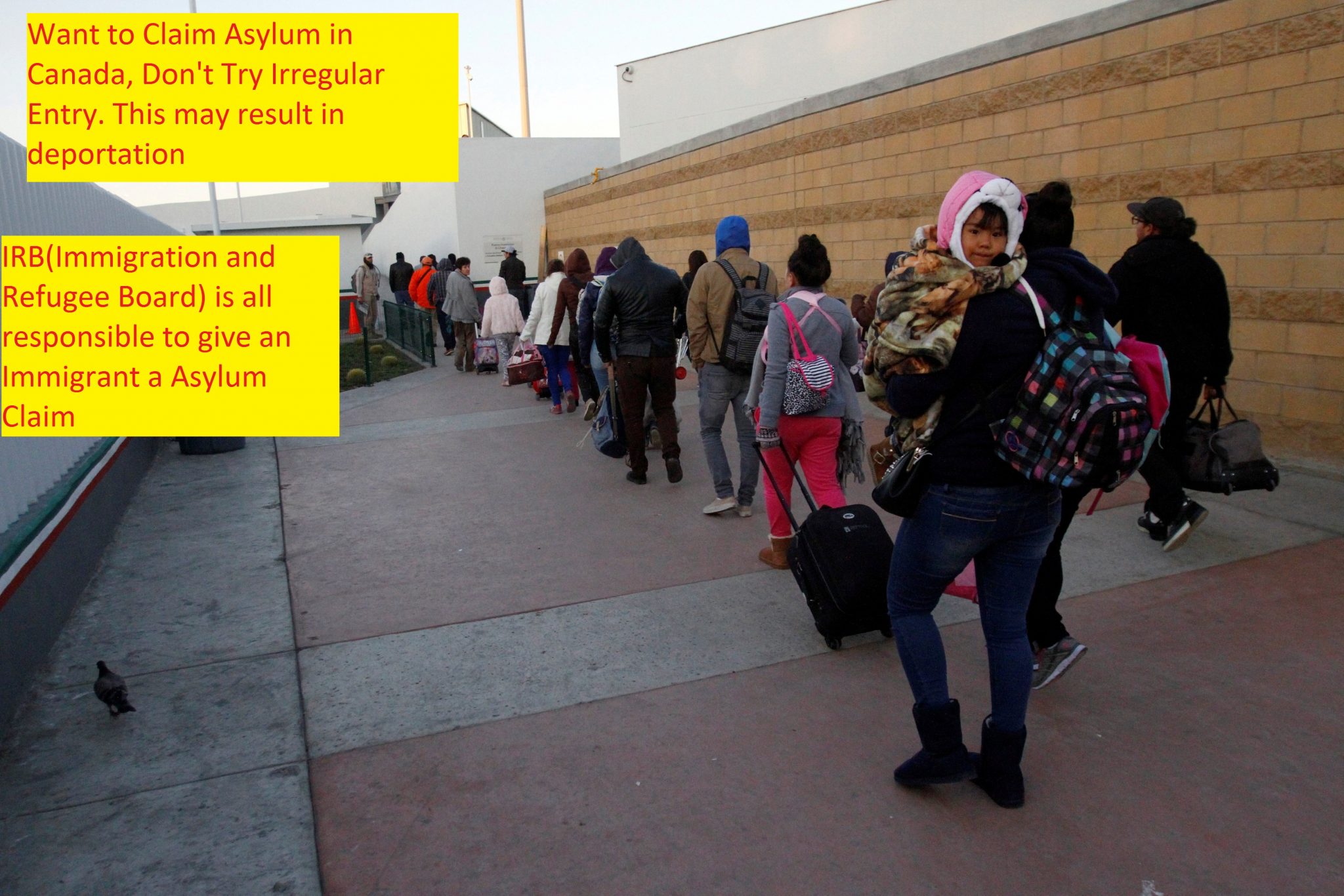 Resettled refugees aren’t similar to the ones claiming asylum claim. Refugees seeking asylum have to make the request at port entry or in the land office, Canada. The international treaties play a major here, as Canada has promised to uphold them. But as far as the resettled refugees are concerned, they are screened aboard itself and undergo required medical and security checkup before even there VISA is issued. So, therefore when they land in Canada, they are already permanent residents.

Similar to resettling refugee the claimant refugee also undergo a thorough medical and security screening which includes biometric and biographic testing along with the criminal record.

Now few individuals try to enter the country on an irregular basis, and this can prove to be dangerous as there are rules laid down by the government that is being violated. Therefore it is always suggested to seek entry via only designated ports.

If anyone is caught crossing port irregularly individual is brought to IRCC or CBSA office by local law enforcement or RCMP. Here the immigration examination is conducted, it is also determined if the detention is warranted. The process makes sure to let the individual have a medical check to rule out any urgent medical attention and security check to make sure they do not pose a threat against the country.

The process after knowing the Eligibility for the Asylum Claim-

Positive and Negative of Claiming the Asylum Claim-

POSITIVE DECISION:- If positive one will receive a fully protected status and fundamental funded settlement is offered to them.  Later one can also apply for permanent residency for Canada.

NEGATIVE DECISION:- If rejected one can appeal to IRB if one doesn’t have the right to appeal they can request the federal court to review the decision. If all avenues are terminate, the appeal one has to be removed from the country effective and immediate as per law. A removal interview will be scheduled for the individual, and if one fails to show up, then arrest warrant and potential detention are in order.