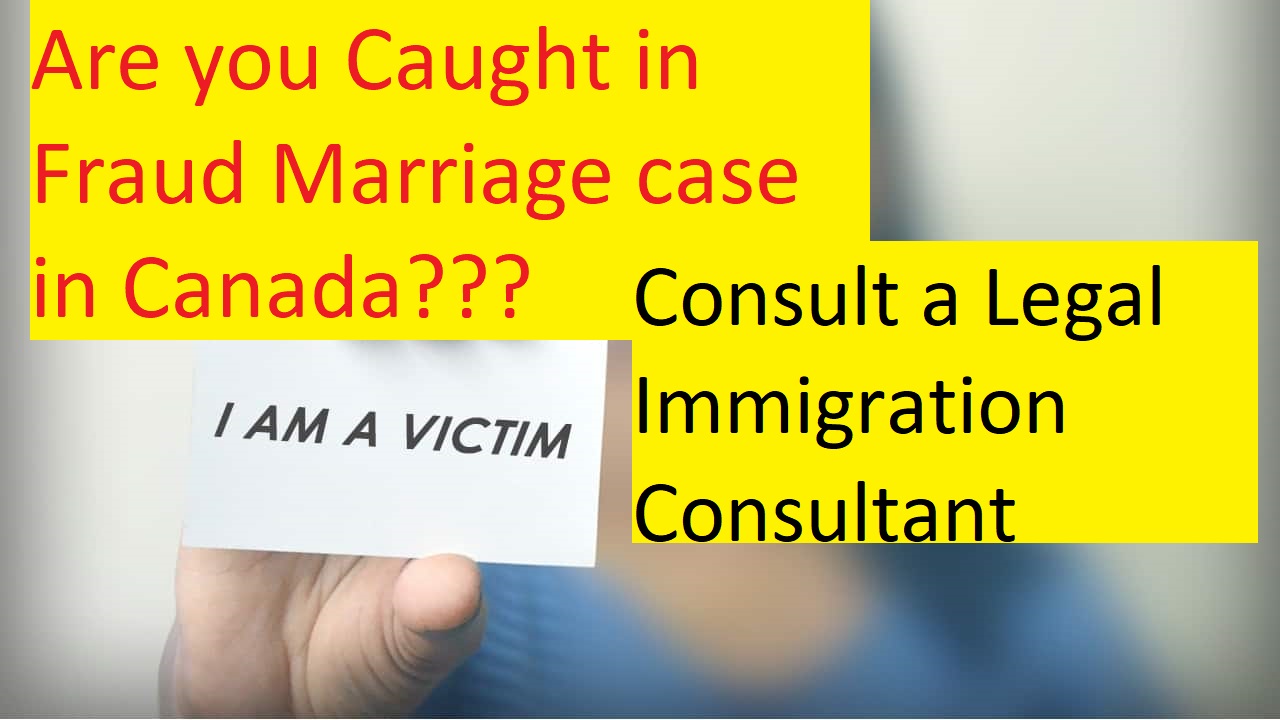 Looking at its upcoming economy, Canada lures a lot of immigrants to gain a good standard of living. While there are various ways to get permanent residency, many individuals use illegal methods to enter the country through incorrect means; one of which is marriage fraud. Let’s further see how to tackle Marriage fraud in Canada?

Discussions in 30 Seconds hide
1 Marriage fraud in Canada- to gain Permanent Residency in Canada-
2 Trauma for those affected to gain Residency-
3 Ways a to deal with the situation- Legal Immigration Consultants are for the Rescue
4 Conclusions-
4.1 About Post Author
4.1.1 Diksha Garg

Marriage fraud in Canada- to gain Permanent Residency in Canada-

Immigrants who want to obtain permanent residency in Canada are also using these dishonest and illegal ways of acquiring citizenship nowadays. A foreigner comes into contact with a Canadian citizen and enters into a forged marriage.

The next step is obviously to ask him to sponsor the immigrant to Canada so that he receives the permanent residency card there. Though the immigrant is supposed to live with his/her partner for a mandatory period of two years, he /she is prepared to do even that as it is much more comfortable and convenient than the long and expensive immigration program where citizenship is not even guaranteed.

Trauma for those affected to gain Residency-

When one of the partners gain their PR, they mostly decide to dissolve their marriage which was only for its utility making the spouse feel unwanted and used for the sole purpose of obtaining citizenship. The other partner is completely ruined emotionally drained.

There are ways through which such cases can be dealt with. Though it is very stressful for any person going through such a phase, one should take appropriate steps to deal with the situation. There are legal immigration consultants who are specialists and can be consulted if a sponsor knows that he/she has been cheated into a false marriage.

The Immigration Consultant helps the sponsor to lay his case in front of the Canadian Immigration Authorities, and if found guilty they can cancel the accused of not only his PR but also no scope for its renewal. Also, this cancellation is shown on his visa forever. The Canadian immigration officials are trained in such a manner that they can identify whether an individual has entered into a hoax marriage through various ways such as residential visits to their homes, meeting them face to face and strict checking of their documents and other papers.

Lastly, whatever be the case, one must not leave hope and keep fighting for the right cause and justice because in the long run truth always wins in some form or another. Also one must be cautious while taking decisions to save himself from all the trauma which is caused later.