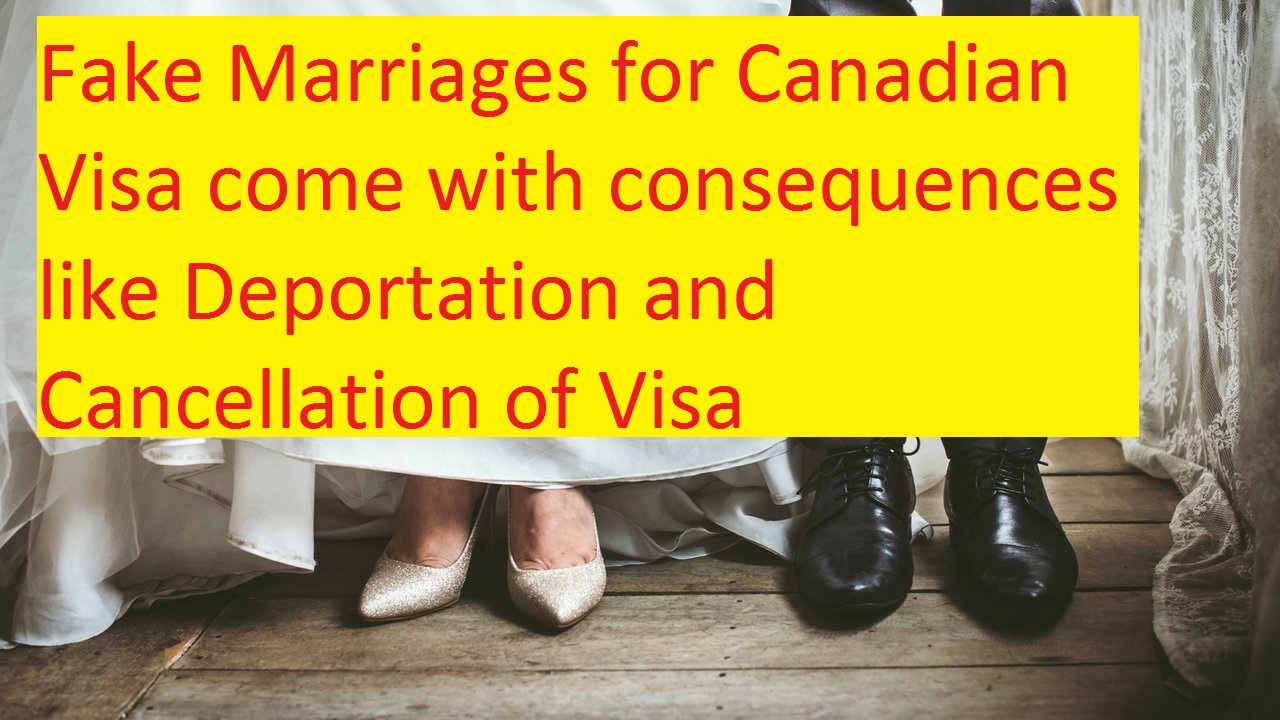 Everybody is just willing to go to Canada, for that they do many illegal things, one of the crime is to marry the permanent resident falsely. It’s a kind of shortcut just to enter Canada. It’s a crime to marry falsely, and some also pay money for this. So, be careful if you are a Canadian citizen or a permanent resident or you should be also careful while meeting someone out of your country while traveling. Fake Marriages for Canadian Visa come with consequences.

So some of the people think that going to Canada has a shortcut key like to marry a Canadian citizen so that they easily enter Canada. So you should think carefully because before marrying someone and sponsoring them to come with you, only:

Conditions for Sponsors to Sponsor his or her Spouse-

So if you want to sponsor your spouse, you should give the financial status for 3 years even if the marriage or relationship fails. It’s somewhat like a legal contract with the government of Canada where you should meet its terms.

In some of the cases, the spouses or foreign applicants set up a ”marriage of convenience”. This is a common law relationship which needs a sole purpose to let the sponsored spouse or partner immigrant to Canada.

So the officers are specialized to recognize real immigration applicants. They know how to observe false marriages. They have many ways to spot false marriages:

A Canadian citizen or permanent residents who are in a marriage of convenience for immigration reasons may be charged with some crime.

Don’t be so pleased with offers of money or other rewards just to marry a person, so he/she can immigrate to Canada. If you do so you are committing a crime. So just don’t take the risk, it’s not worth.

Fake Marriages for Canadian Visa come with consequences as mentioned Below-

Don’t be in these false marriages because it can harm you in many ways like can refuse the visa and maybe ban from travel to Canada for like five years. It will be recorded forever, we know that even genuine marriages also fails. But marriage to convenience come to Canada as an immigrate, we may:

Top questions about scams and fraud-

How you can be protected from frauds?

You should be careful regarding these things if you want to enter Canada you can apply your file through study visa else you can apply for a tourist visa. These things are safe and legal. Rather than applying fake ids of visas, you can just follow these legal steps.