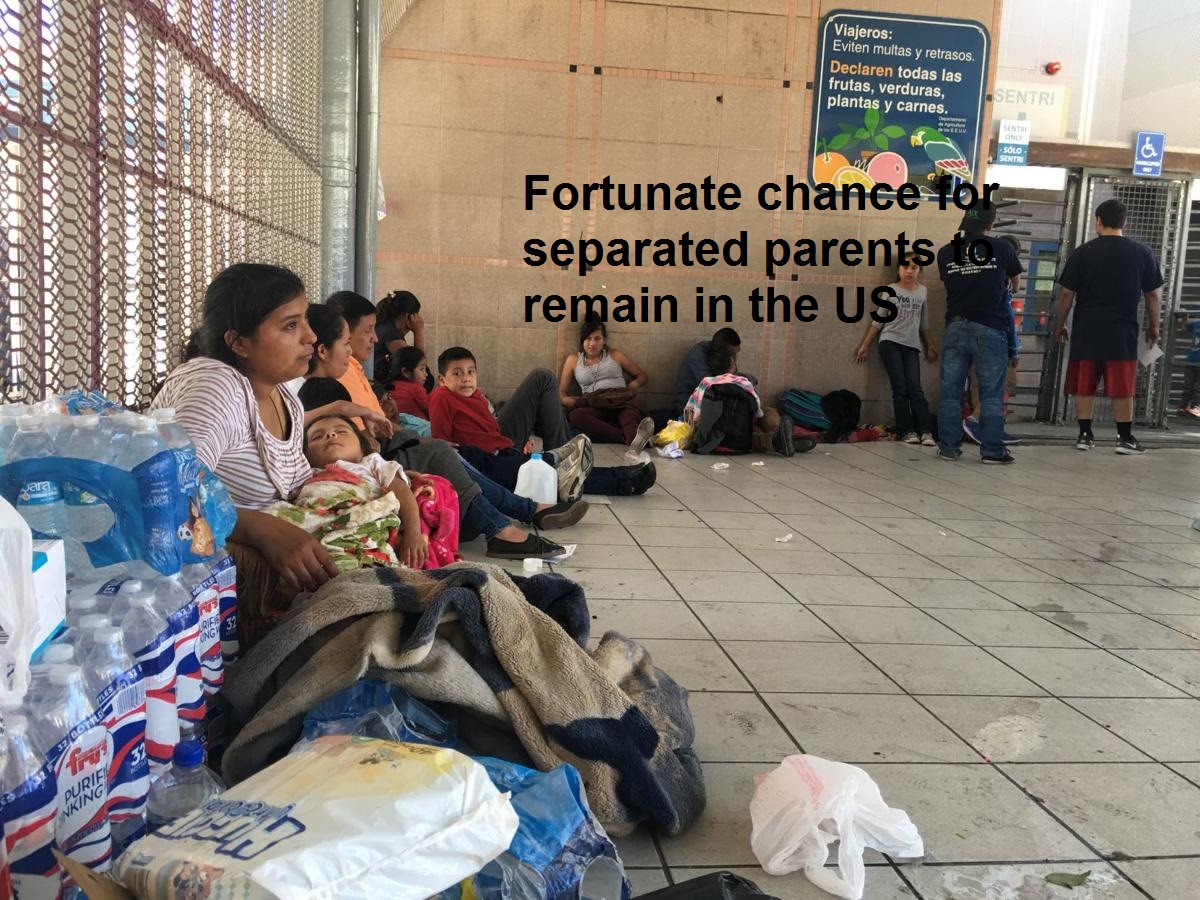 Fortunate chance for separated parents to remain in the US

Families who got separated with ongoing deportation at US-Mexico border are yet getting another fortunate chance of claiming asylum in the US as decided by the Trump’s administration. This decision has come in the wake of three lawsuits which were filed by the separated families against the government. Let’s discuss deep regarding the decision which gave the Fortunate chance for separated parents to remain in the US.

Discussions in 30 Seconds hide
1 Key points of the decision on separated families can demand asylum-
2 The grief of separation is what makes it difficult to clear the interview-
3 Reunification of the families serves no purpose-
4 Positives of the decision of giving Fortunate chance for separated parents to remain in the US-
4.1 About Post Author
4.1.1 Diksha Garg

Key points of the decision on separated families can demand asylum-

If the consensus decision came on the three lawsuits by the federal judges then thousands of the families get chance to live in the US again and the parents don’t have to choose between the legal status and their children.

Parents who haven’t experience the separation have better chances of clearing the interview as the separated families are in the trauma of losing their children or family as per the Dora v. session’s lawsuit.

According to the evidence, clearing the screening interview is difficult in the first place and separation and grief related to it had made it even worse to clear it. On clearing the interview, parents can present their case of seeking asylum to immigration judge but they failed they still can challenge the decision but the chances of winning it are much less and will face deportation afterward.

Reunification of the families serves no purpose-

Off all the families who were separated only 2000 till now get the chance to reunite but the majority of them still faced deportation. Families who faced deportation, their children are still in the legal fight and there is hope of their winning the case.

But winning their case would yield nothing as the families were given two options- a) deport with your children b) or parents leave the children behind in the US to fight the legal case. Both the options were a big failure for the parents. Some parents do claim that they were not given any options and they were forced to leave the country with their children in the US.

All the problems will not start if there were no separation. Families would have a better chance of clearing the interview and winning the legal battle for legal status in the US.

If the consensus has made on the decision then the first positive would be- there will no more separation between the families. Second would be separated families will get the fair chance to present their case to an immigration judge and can make him believe that they are truly worthy of asylum in the US. Obstacles would be there in the implementation just was in reunification but the major win-win would be less traumatic deportation.

Trump’s administration is doing their best to compensate for the separation of the families decision by giving them a fair and square chance to prove their worthiness to stay in the US as an asylum seeker.