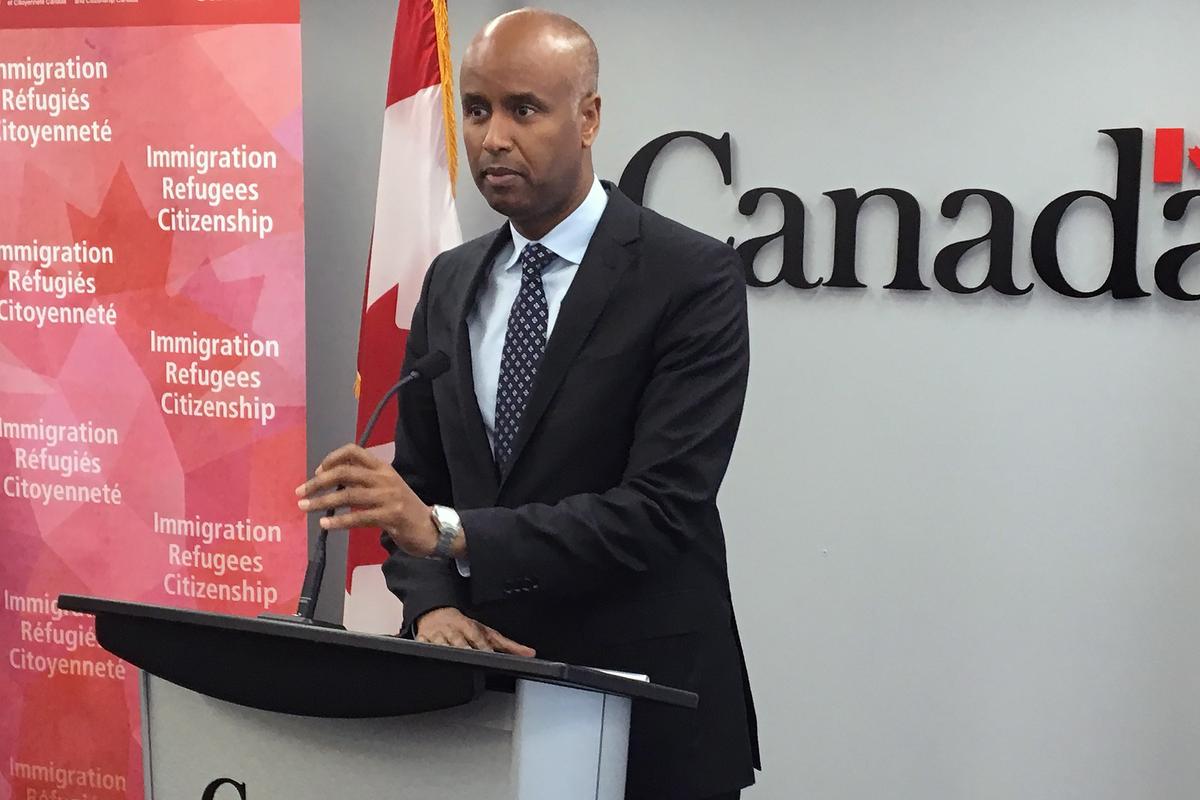 Ahmed Hussen, the federal minister of Immigration, Refugees and Citizenship, speaks during a press conference in Halifax on Monday. Hussen, himself an immigrant from Somalia, says Canada has a legal obligation under national and international law to give a fair hearing to refugee claimants.

The federal Immigration Minister of Canada, Ahmed Hussen, has reiterated the importance of Ontario’s cooperation. He was talking about the agreement between the governments of Ottawa and Ontario for resettling the refugees and asylum seekers.

This is because the local government has indicated the least amount of interest in doing so. The local government, led by Premier Doug Ford, does not consider refugees as a prior concern. This was evident from the cabinet that was revealed which did not have a position for a minister of Immigration and refugees. This collision between two contrasting viewpoints seems to have sparked a politically motivated debate about the refugee crisis.

Discussions in 30 Seconds hide
1 An Invitation to the other side
2 Financial Troubles and the STCA
2.1 About Post Author
2.1.1 Raima Sen

An Invitation to the other side

The Ford administration in Ontario has made its stance pretty clear when it comes to immigration and refugees by not having a dedicated department. Premier Rob Ford has even put down any hopes of a related nominee program for the province by saying he wants to give the benefits to Canadian citizens first.

Amongst all this commotion, people failed to notice that four portfolios of the government have been absorbed into one. Headed by MPP Lisa MacLeod, the portfolio consists of Women’s Issues, Community and Social Services, Children and Youth Services, and Citizenship and Immigration.

The appointment of Lisa Macleod has been welcomed by Minister Hussen and he has reiterated the importance of all provinces working together on the Issue of refugees and Immigrants. He has also said that he is ready for working with Premier Ford and his administration and finally resolving the issue.

Although, it is the Financial and Resource commitment that has all the provinces worried. The Trudeau administration has announced a $50 million package for the three major provinces for sharing the cost of resettling the refugees. But, the provinces claim that this alone is not enough. Toronto’s Mayor Tory Ford has already stated that the city’s refugee system is already at capacity and the Federal Government is not doing enough.

Financial Troubles and the STCA

Some conservative critics have been very vocal about the financial burden that has been put on the provinces. Claiming the example of Ontario, critics have argued that their finances are way out of order. And if the current situation persists, a financial meltdown may be at hand.

On the other hand, calls have been made by lawyers and citizens alike to scrap the Safe Third Country Agreement that Canada has maintained with the United States. Talking on this issue, government officials mention being open to some “modern changes.”

The current reality of the refugee crisis is very grim in certain provinces. With the increasing number of refugees coming to Canada every day, there is no dedicated department for dealing with the increased load. And while the talks go on between the provinces and the federal government, the refugees can only wonder if and when a solution is agreed upon. It is becoming very difficult for charities and NGOs to help non-citizens. The situation demands a coming together of all provincial and federal resources to tackle this situation.