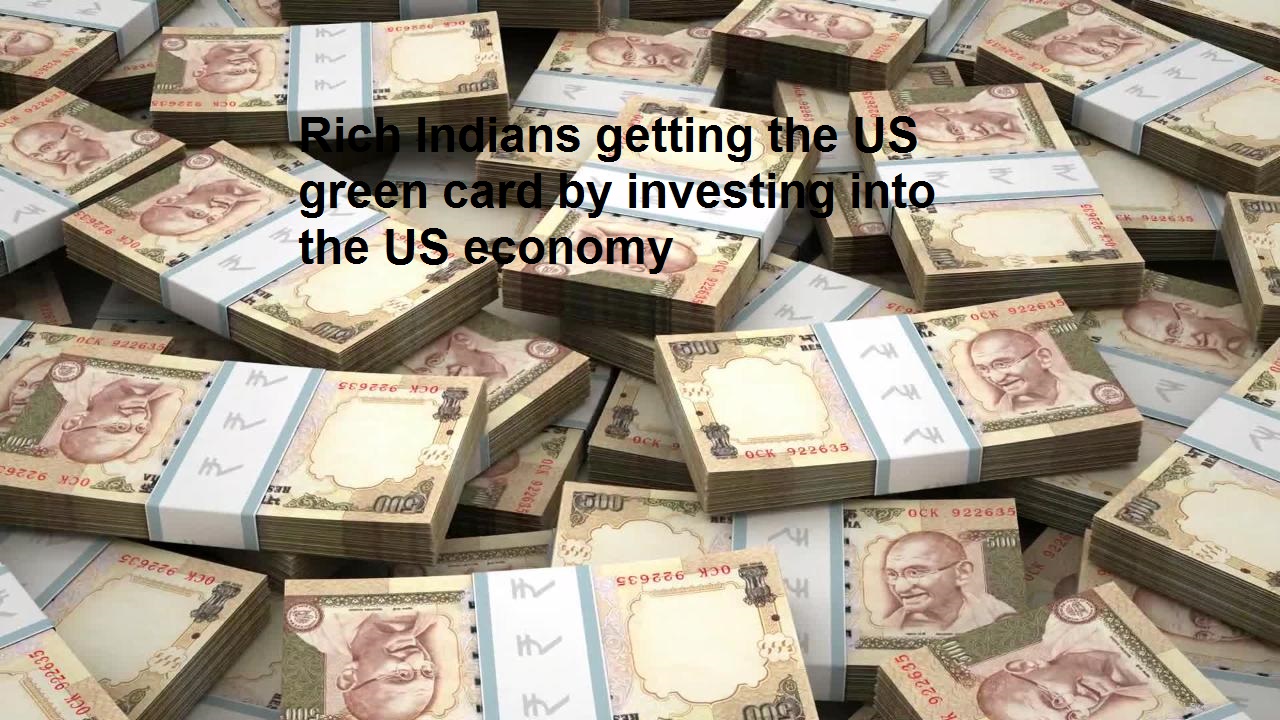 If any of the person from another country who wants to invest or to expand his company by investing more than $500,000 into the US company or we say economy he or she will automatically get Green Card to stay in the US. This visa type is EB-5. In the past, this is done by the Chinese but as soon as they receive the Green Card they go back to mainland China and start doing work for their living. Now the Rich Indians getting the US green card by investing into the US economy.

Discussions in 30 Seconds hide
1 Statistics- India being the 3rd largest country to invest In US Green Card
2 Indians could replace Chinese because Chinese faced visa backlogs
3 How are Indian investors different from the Chinese investors in applying for US green Card?
3.1 About Post Author
3.1.1 Diksha Garg

Past decades is of the Chinese getting the EB-5 visa but their visa backlogs and the concern of the real estate dealers and businessman shifts toward Indian investors. According to the records of the US Department of state reports- in November 2017, 307 Indian investors were in the queue of getting the approval for EB-5 visa.

According to the estimate of Rogelio Caceres who deals money in the investment projects, 500 to 800 Indians will apply for the visa in this particular year and in the near future, this number will increase to 1000.

The annual cap for the EB-5 visa is 10,000. Applicants from one country could issue only 700 out of 10,000. If the country doesn’t have the required visa applicants then its visa will be divided among the countries which meet the ceiling of the cap.

In 2017 when the investors from China gets to minimal then the real estate dealers who need money for their project shift their interest to the other countries which included India too.

From 2008 to 2017 Chinese enjoyed the dominance in getting the EB-5 visa but that creates the pilling of the application and hence backlog. It is estimated by the Visa Control’s chief- Charlie Oppenheim that if we check the status of the backlog of April then the possible delay in the processing the Chinese application for EB-5 is approximately 15 years. This delay results in the decrease in the number of Chinese investors.

India is the fastest growing nation attract the real estate dealers and the businesses. That how now it is at number three of getting the EB-5 visa but in coming years it would be number one.

How are Indian investors different from the Chinese investors in applying for US green Card?

With many similarities between the nations including the fastest growing and the desire to move to the US, the Indian and the Chinese investors have some differences too.

The Chinese applicant applies for the investor visa that is EB-5 via a US consulate while living in China or outside the US. As per the data, in 2016 all the visa application were like this only that is via US consulate. But the scenario for Indian investors is totally different. Majority of the Indian applicant apply for the visa when they already in the US. Some are on the study visa, whose parents are rich and for the security of their child future, they are ready to invest in order to get Green Card. Some applicants are working under a US employee on H1B visas.

The process of converting the H1B visa to the Green Card is cumbersome and time-consuming. To avoid the hassle one could take up the costlier open but the good news is now for Indian there is no visa backlog which will the process even faster. If someone is ready to make the investment and keen to move to the US getting the Green Card can get the visa in two years if he or she applies now.