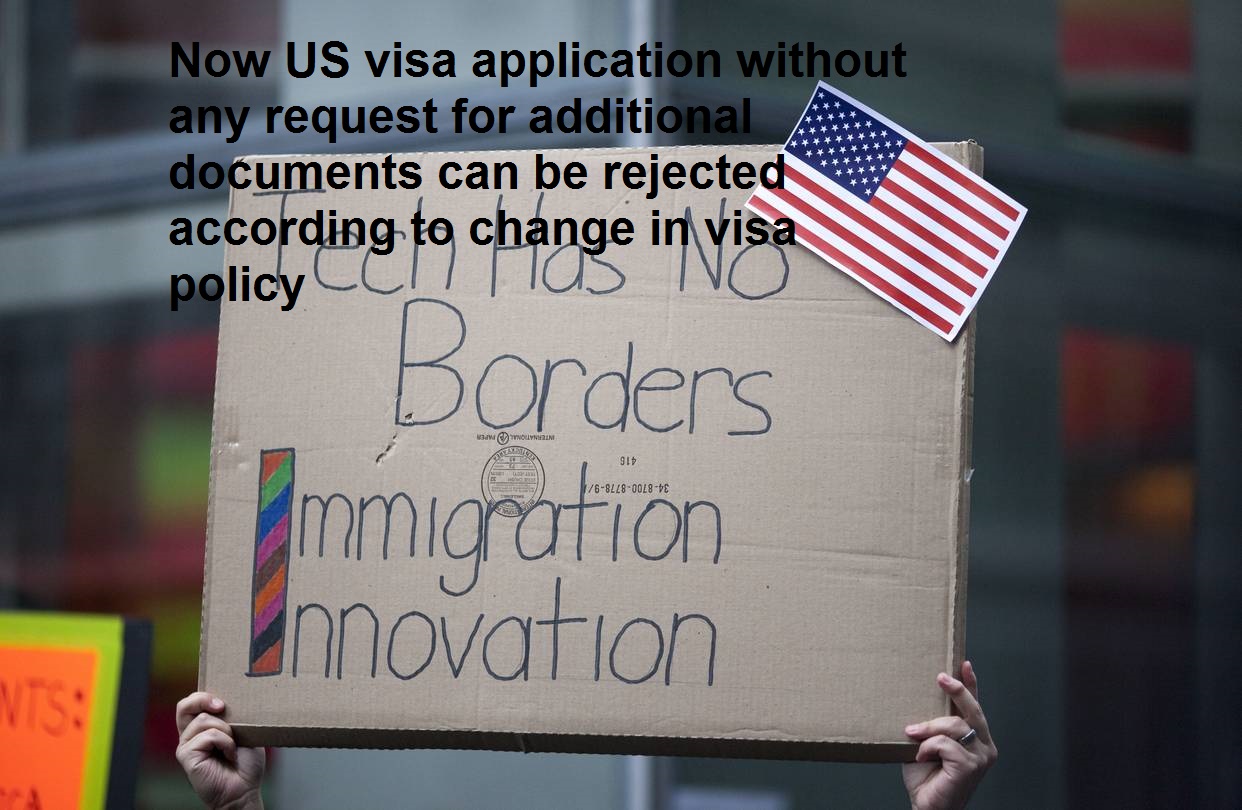 With ongoing immigration crises in the US, a memo which included some change in the visa policies issued on 13/07/2018 and will be effected from 11 September onwards. This change in visa policy has given the Trump administration a straight chance to reject the visa applications without asking for the additional documents. This change in no time has triggered the fear of outcome as the uncertainty level among immigrants is high. Let’s further see how Now US visa application without any request for additional documents can be rejected according to change in visa policy.

What change in US visa policy are we talking about?

The change is in the response of the revocation of the 2013 guidance according to which the USCIS is bound to ask for the additional information if not get satisfied with the original documents send by the applicants. But with the change in the visa policy, now if an applicant hasn’t sent the full information with his visa application will get rejected and even without knowing the reason behind it so that he will make it sure next time that it won’t be rejected.

Previously when applicants were asked about the additional documents it gave him the necessary time to complete what was missing and there was transparency in the system. With this change the task of restricting immigration for Trump government has become easier.

The main agenda of the memo is to say no to the incomplete and frivolous applications to decrease the workload and subsequently the backload. This will also make the applicants to fill out the application with due diligence in the first time. But what was ignored in this memo is the genuine applicants also get restricted.

The change will also imply on H1B visas which are already under the cloud of uncertainty. It is a major concern for the major tech companies like Facebook, Microsoft in which majority of the skilled workers are on an H1B visa.

As soon as USCIS announced the deportation proceedings against those whose visa application has been rejected as they don’t have valid immigration status, this memo quietly got issued to slow down the immigration.

Thoughts on the change in visa policy by various immigration lawyers

Immigration rights advocate Hassan Ahmad tweeted that previously sending the request for evidence (RFEs) were a routine but now the applicants won’t get a chance to know their mistake. Applicants have to go through the whole procedure again from very start without knowing the reason of previous rejection.

President of the immigration reform group (FWD.us) launched by tech leaders in the US- Todd Schulte told to the news channel that this change is a major concern for them though they haven’t yet get into the in and out of the policy. All technology companies in the US depend on the skilled workers which are on H1B visa and change will also imply on this type of visa.

He further added that this change will impact the legal immigration as after this change there will uncertainty of the system, it will be expensive as applicants have to try again after the rejection, the system will become difficult to get through.

William Stock an immigration attorney told CNN that now the immigration is going back to the times before 2013 guidance came into existence where immigration system was restrictive and is not at all transparent.