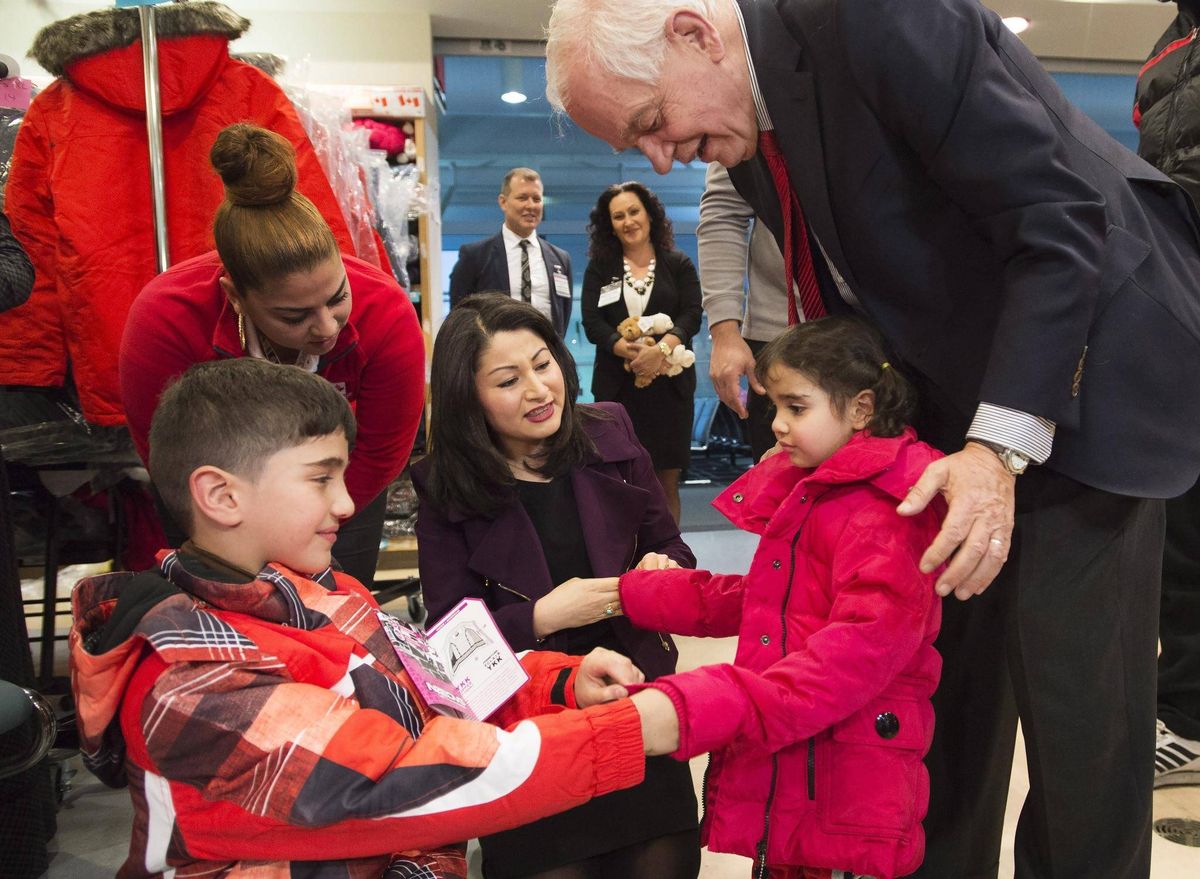 The Prime Minister of Canada met with the mayor of Toronto to handle some of the problems being faced by the city. The prime concern for Justin Trudeau was to reach a resolution to the problems faced due to the increased influx of refugees. The increasing number of refugees day by day has put a strain on the system that oversees the refugees. By November, the city is expected to house half the refugees. Temporary shelters have been opened at grounds of two colleges in the city for the resettlement of refugees. But, the question remains, what will be done when the classes resume in the colleges?

Discussions in 30 Seconds hide
1 Resistance from the Conservatives
2 “Why not stop them at the border?”
3 Problems being faced by the provinces now
3.1 About Post Author
3.1.1 Raima Sen

Resistance from the Conservatives

The government in the Ontario Province of the country has taken a tough stand against helping the refugees at the cost of the city’s money. There existed an agreement between Ontario and Ottawa regarding sharing the load of resetting the refugees. But, it seems like Ontario has backed out of it completely.

The Progressive Conservative Government of the province blames the Federal government for allowing the refugees to cross the borders. The refugees have been termed as “illegal border crossers” by the progressive conservatives. As the province blames the federal administration for the problems, they think the full load of the resettlement of refugees should be borne by the federal government only.

“Why not stop them at the border?”

The Prime Minister, Justin Trudeau, has acknowledged that this question comes up very often. He acknowledged that the question is reasonable. But, there is a lot that the people don’t see. There is a charter that the government has to abide by. Added to that, there are several International obligations that bind the federal government. Along with it and probably the most important factor is the due process. Every migrant or refugee must be given their proper due process.

Justin Trudeau defended the system by advocating the safeguards that are put in place. There are stringent checks to make sure the applications are worth considering. Those deemed ineligible are sent back home.

Problems being faced by the provinces now

The influx of refugees from different parts of the world has increased a lot since the past year. Major factors include threatened states such as Syria and the disturbed and affected states.

According to the numbers, more than 28000 refugees entered Canada from the US-Quebec border. And nearly 20% of those refugees have wound up in Ontario. Comparing the numbers, there were just about 36000 refugees entering in the previous five years which denotes a more than 400% increase. The local government has pleaded that the administration is at full capacity and the federal government needs to share some of the load and use their resources for the resettlement of the refugees. The resuming of the colleges has been termed as an impending crisis.

The Immigration Minister, Ahmed Hussen also agrees that the due process is an obligation enforced by the law. He also defended the refugees by saying that they have not done anything illegal as they entered the country through valid entry points.

A resolution to this crisis is needed immediately before it gets out of hand.