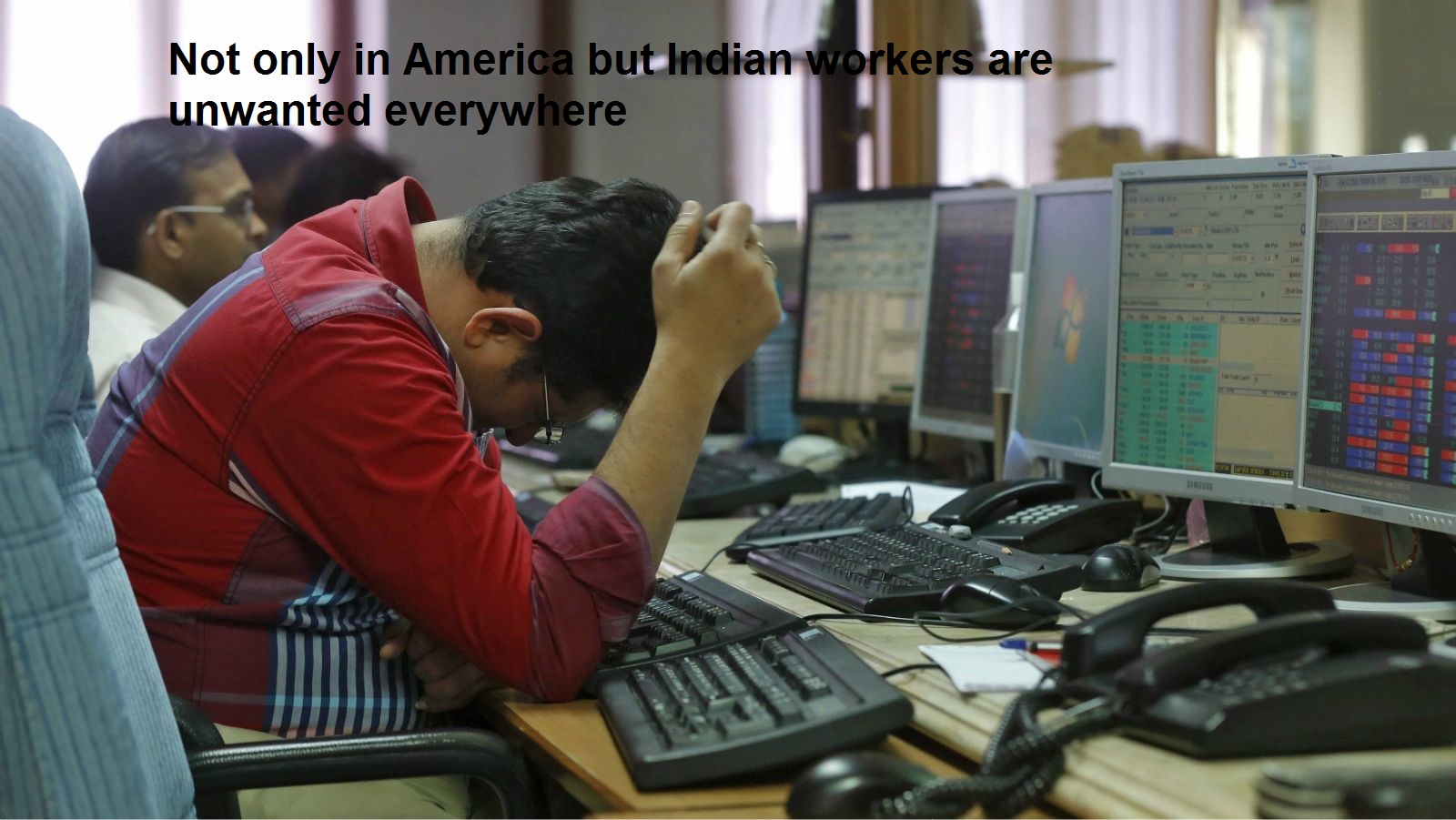 With the decision of Trump of “Buy Americans and Hire Americans,” may of the other immigrant-friendly countries have taken actions in blocking skilled workers from other countries especially India. Countries including Singapore, Australia have taken steps which have made Indian engineers work in these countries. Let’s further see how Not only in America but Indian workers are unwanted everywhere.

Discussions in 30 Seconds hide
1 America – which has started the wave of putting shutter to the skilled workers from India
2 Suppression of Indian Immigrant Workers in the UK
3 Singapore’s agenda to ensure companies have “Singapore core” and avoid Indian Immigrants
4 Australian abolished 457 visas to restrict the entry of the Indian engineers
5 New Zealand on the footstep of its neighbor Australia to avoid Indian Immigrants
5.1 About Post Author
5.1.1 Diksha Garg

Trump’s executive order on H1B which restricted the skilled workers to work in the USA. Trump’s decision of Buy Americans and Hire Americans has put big IT companies in India including Infosys, TCS, Wipro in the position to rethink the strategy of hiring the workers. These companies are now in the position where they have to hire American natives but have to compromise with the skills. Indians working in the US is uncertain about the future of them and have decided to move either to their home country or to some other. USCIS has confirmed the decrease of the H1B applicants. On the other hand Deloitte Touche Tohmatsu- a consulting firm took up an analysis that in 2016 the number of the Indians settled in the US looking for the job in India is 600 which now goes up to 7000.

Suppression of Indian Immigrant Workers in the UK

Nothing is new for the UK, the government is trying to become less hospitable towards Indians since 2012 when post-study visa gets terminated. Post-study visa affects those who didn’t have the job immediately after graduating from the university.

It will be continued in 2015 when the living expense that the students require to have before applying for the visa by 24% which discouraged many of the aspirants before coming to the UK. The overall drop in the visa applicants from India in 2015 was about 10%.

Moreover, the restriction was imposed on the Intra-company transfers which were the route for Indian IT companies to send their workers to the UK. NASSCOM too confirmed that many of the Indian workers working in the UK have visa renewal pending.

In the past three years, Singapore is following the agenda of giving priority to Singapore natives over foreign workers. As per NASSCOM Indian workers are being laid off to tackle the issue of growing population.

Guidelines of Fair Consideration Framework which Singapore government enacted in 2015 clearly mentioned that it is mandatory for the Singaporean employer to wait for the Singaporean employee to come for an interview for 2 weeks after he put up the vacancies. After 2 weeks only he can go for the international workers. Restricting the salary and increasing the scores requirement in English proficiency test all lead to a decrease in the number of the Indian workers in Singapore.

Though this is against the economic cooperation treaty signed by both the countries in 2005.

The same day when the president Trump signed the executive orders, the Australian government announced to abolish the 457 visa. 457 visa is the ticket for the foreign worker to work under the sponsored employer in Australia for the period of 4 years. Previously the government put a restriction on the type of job that a foreigner can do in the country. Both the decision affects Indian majorly as after the US and Singapore favorable place to work in Australia.

As a replacement of 457, the government comes out with the two types of working visa but have increased the scrutiny in the whole process. Same as Singapore increased the scores required for the English proficiency test and for the employer must have to look for the local employee first before hiring the international worker.

Without any delay, one day after the announcement of Australia abolishing the 457 came, New Zealand government to have taken steps to restrict the entry of the international workers especially Indians as they compromise majority jobholders.

The decision came as result to curb the growing problem of traffic, housing shortages, and population and to ensure only the deserving candidates who actually can replace the local workers if we compare on skillset basis.