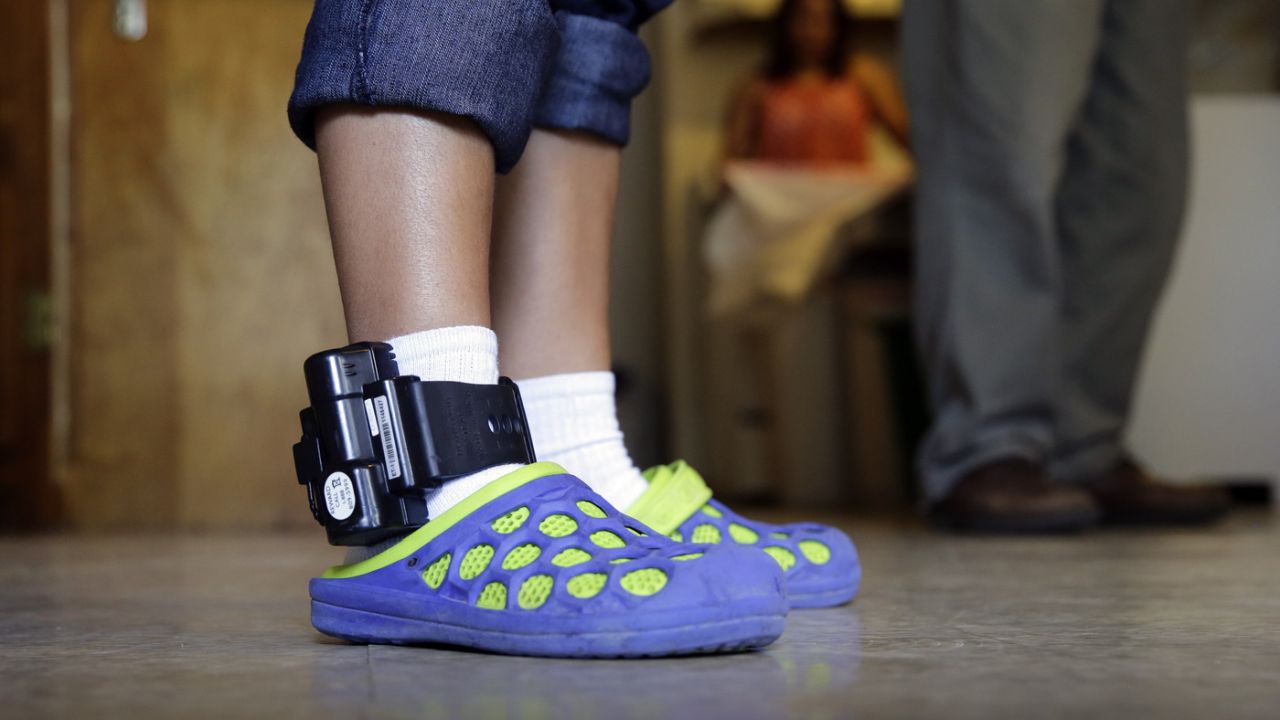 An adult immigrant from El Salvador who entered the country illegally wears an ankle monitor July 27 at a shelter in San Antonio. Lawyers representing immigrant mothers held in a South Texas detention center say the women have been denied counsel and coerced into accepting ankle-monitoring bracelets as a condition of release, even after judges made clear that paying their bonds would suffice.

Due to globally surge in security concerns and repeated incidents of security breaches, Canada Border Services Agency has recently announced a few strict policy for handling migrant and refugee issues. It will now implement an electronic remote monitoring system for migrants so that they can be kept under 24 hours and 7 days under surveillance. As an alternative to detaining them, the electronic tracking system through bracelets would be more effective as well as accurate. It will minimize security problems and at the same time, it would stop detention of migrants as well as refugees who are not at all threats to country’s security.

Canada is one of the best destinations for migrants as the country liberally welcomes people from different parts of the world. Getting temporary residence permit is not difficult in this country, especially when you do not have any past criminal records. However, those who have criminal records can also qualify for a temporary residence permit. But they shall be tagged as potential threats. Absconded migrants or refugees are also tagged as potential security threats. This electronic tracking system will be applied for such tagged individuals.

Detaining immigrants is a common procedure and in many cases, it is a regular job for police departments of the states which are located in border areas. Immigrants are required to be detailed, If they have flawed migration process.

According to sources, more than five thousand people were detained in Canada in the year of 2016 to 2017. A lot of them are detained for more than 90 days. During in detention period, immigrants face a lot of psychological issues. Detention causes depression, demonization and criminalist mindset in some cases.

The alternative method to detention of migrant should not criminalize individuals. However, tagging people and monitoring their activities through electronic gadgets are actually criminalizing them. It means state reviews them as potential criminals or security threats for the nation.

Tagging would also have adverse psychological effects. Tag wearers would consider themselves as different entities in society. They would hardly find trustworthiness from others. Right from personal relationships to workplace relationships, such person will always be noted as potential criminal. As a result, these persons tend to go unsocial. They live in despair as well as mental depression in most of the cases. Consistent monitoring an individual is also against right to privacy of an individual.