The Canadian Government on June 12, 2017, launched the GSS or the Global Skills Strategy. It is a two-year long pilot project which was launched with a hope of enabling quicker entry for the temporary, highly-skilled, and highly-paid foreign talent into the country. 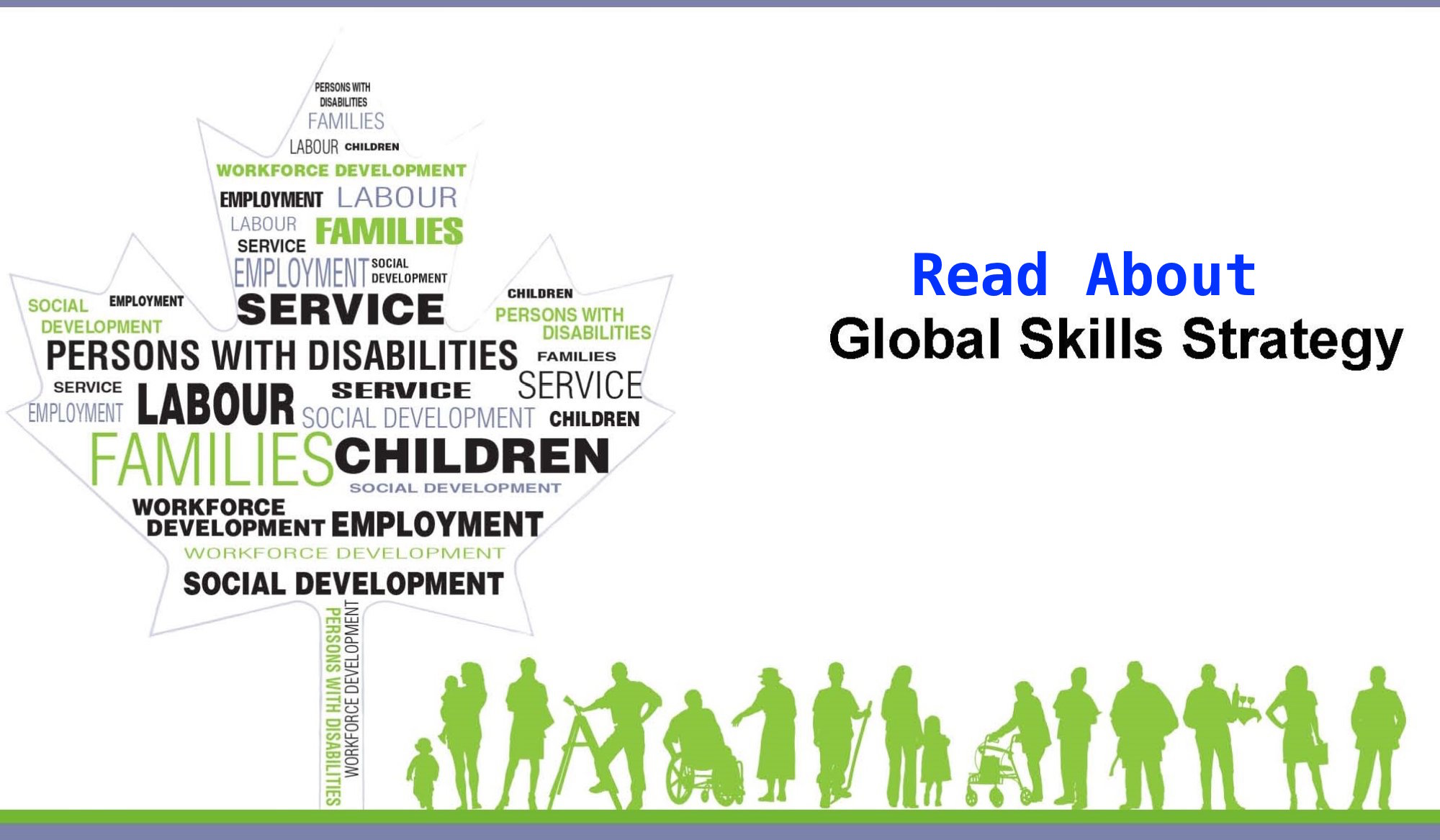 Discussions in 30 Seconds hide
1 Background of Global Skills Strategy:
2 There are two categories of the potential employees:
3 TAKEAWAYS:
3.1 About Post Author
3.1.1 Diksha Garg

In September 2016, a report was published by the Standing Committee on Human Resources, Skills and Social Development and the Status of Persons with Disabilities, on the Temporary Foreign Worker Program. In the report, some important issues in the system were brought to notice in almost all streams of the program. One of the main concerns that were highlighted in the report was that the changing needs of different industries were not fully addressed by the stream-specific requirements.

There were complaints from stakeholders stating that the basic design of the program focused more on filling the labor gaps rather than improving research and innovation in the country. They particularly stressed on the difficulties associated with fitting their currently available positions with the set standards of NOC (National Occupation Classification) and the long process that is involved in obtaining the Labour Market Impact Assessments or the LIMA.

IRCC or the Immigration, Refugees, and Citizenship collaborated with the ESDC (Economic and Social Development Canada) and developed the Global Talent Stream as a response to the complaints and criticism. The Global Talent Stream makes the otherwise cumbersome LMIA process comparatively easier for particular subsections of high-wage workers.

There are two categories of the potential employees:

For the employers who meet at least one out of the three mentioned criteria, hiring eligible candidates can be done more easily by taking advantage of the 10-day long LIMA processing standards:

An added advantage to the eligible candidates of this stream is the 10-day work permit processing which is inclusive of processing of the open work permits where the candidate has an accompanying spouse or the study permits for dependents.

Besides the Global Talent Stream, GSS also includes a service channel dedicated to employers and work permit exemptions for professionals, executives, and managers on assignments lasting for shorter periods (that is 15 days in every 6 months or 30 days in every 12 months), and for researchers working on particular research projects at an affiliated research institute or a publicly-funded institution for a period of 120 days in every 12 months.

Even though the faster processing under the Global Talent Stream may look like an attractive option, the employers seeking to utilize the GSS must have backup plans. The 10-day LIMA processing was introduced earlier in 2014 for certain occupations on short-term contracts, but the IRCC could not successfully meet expected the service standards.

The GSS addresses some of the major concerns that were highlighted by the employers in context to the Temporary Foreign Worker Program but the impact is likely to have a very limited scope. Employers wanting to take advantage of the GSS should remember that the scheme focuses mainly on the highly-skilled workers and is a targeted stream. The main aim behind the launch of this program is the transfer of skills and innovation. In order to be able to utilize the scheme to its fullest, the employers must try to design their business plans for foreign workers in a way which meets these objectives.

Pre-planning is a necessary thing when it comes to GSS, in spite of the shorter processing time. Just like any other program, there will be situations like inconsistent processing times and varying results while the ESDC and the IRCC work to systematize their working and processing.

GSS may seem to be an appealing option, but it is not suitable for everyone. The employers must try to use the other options or streams that are available under the program. Even though the average processing times have been cut down, it is advisable for the employers to start the process earlier by a period of at least 3-6 months from the date of filling their open positions. Certain restrictions, some of which are dependent on the employment scenarios which brings a change in the economy’s strength that have been imposed on the low-skilled workers are expected to stay. Some employers, especially the ones outside the urban centers, tend to face certain conditions like shortage of labor. In such cases, consulting an expert is the best option since their needs are not well addressed by the GSS.