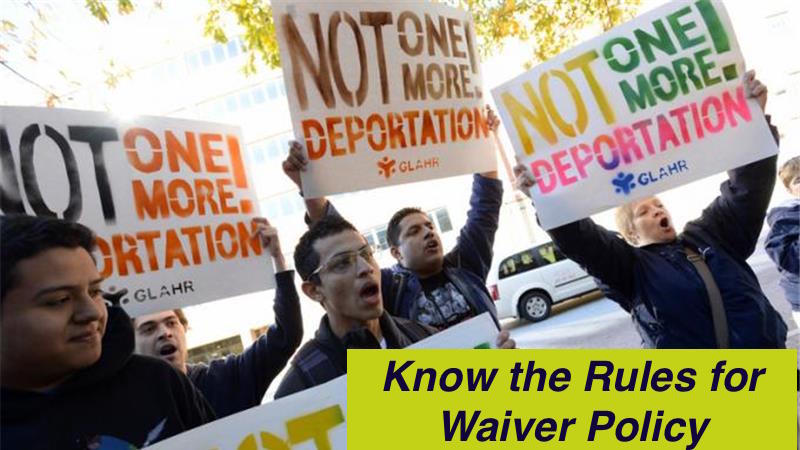 Inadmissibility Laws or migration Laws in the US are enforced keeping the security violations in mind. However, these are not the only ground for the implementation of the unacceptability of a person.

Even if anyone has a bona fide visa stamp, there is no surety that he/she will be admissible in the USA.

Although migrant laws have an enormous impact on many individuals, yet there are still fair chances to get an entry in the US. For this purpose, the denial details play a vital role as it is the deciding factor between refusal to admissibility and approval.

In case, your admission to the country has been refused once; there is an acute chance that you can apply again.

Grounds for the denial of admission to the United States

The condition like denial of admission to the Unites States is relatively possible if you bounded by any of the following grounds of inadmissibility or migration law that comes under Immigration and Nationality Act.

•    performed infringement against any immigration law

•    done any fraud regarding immigration

•    suffered banishment from the US

An applicant can get this type of waiver if he can prove that a close family member who is a permanent inhabitant or citizen of the US may suffer badly, in case he is not admissible to the country, and then there are chances that he might get a waiver.

Along with this, if anyone is a human trafficking victim, he/she can apply for the US immigration process.

Waiver for Victims of Violence against Women act

Besides, if someone can justify their illegal stay in the United States on the grounds of assault and ultimate limits of inhumanity, they can be waived of inadmissibility.

Justification For These Waivers

Set Norms for Waiver of an Application for Inadmissibility Due To

1.    Potential damage to society due to the entry of the applicant in the country

2.    Severity of the crime committed against the immigration law or any other law, if any

3.    Grounds for which the person is applying for admission to the country

Validity of these Waivers

At present, the validity of the waiver is five years, but it can be reduced, as it is subject to the seriousness of the situation of the applicant. The immigration officer can decide the duration of the stay based on his judgment. In case the waiver is given, the immigrant would be required to show it every time he enters the country, during the period decided for that exemption.

The time these waivers take for the official action is around 6-9 months. When the processing is done, the applicant receives the results through an email. In case the application has been rejected, the applicant gets 30 days time period to file a petition to the Administrative Appeals Unit of the Immigration Department.

Now, you in detail about the Inadmissibility Laws and the Waiver Policy.

Related Read- Smoking Marijuana can get you banned from entering USA