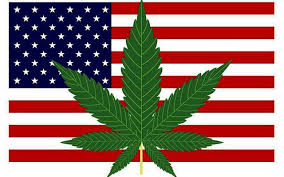 marijuana Use can bar you from entering USA

Matthew Hervey, a British Columbian resident, was permanently banned from entering United States as he admitted to having smoked marijuana previously reported by CBC.  He made this admission to U.S. Customs and Border Protection (USCBP) officer in 2014. Currently, Mr Harvey holds a medical Marijuana license but he admitted to having used Marijuana even before this license was granted to him.

Laws and drug use

The banning of foreign travelers from the United States could be done under the Immigration and Nationality Act(INA) which contains many grounds of inadmissibility related to criminal conduct; several of these are applicable on those grounds where no conviction exists.

The implications of such a law could also impact Canadian Prime Minister Justine Trudeau who has publicly admitted to smoking marijuana. Although he didn’t make the admission before US immigration officers, he has opened the doors for questions in future.

Although the Government of Canada has announced that it would introduce a legislation to legalise marijuana in 2017, the problem will not be solved as people could be banned permanently for illegal use of marijuana prior to its legalisation.

If one toys with the idea of denying its illegal use, it could be considered a material misrepresentation under the INA §212(a)(6)(C)(I) which will eventually lead to their permanent bar from entering USA. So, this could also be not used as a viable solution.

The best one can do is when posed with such a question as “Have you ever smoked marijuana? Tell the USCBP officer that such random and vague questions are inappropriate and you can’t answer them. The immediate response from the authorities will be that you could be detained for further questioning and could be sent back to Canada but will not be barred from entering the US forever.

After all this, if you admit having been smoking marijuana to an immigration officer, there are certain options available. First, ensure and assess situation if this admission would result in permanent barring from entering USA and in such case you can seek a non-immigrant waiver of inadmissibility.

And remember to hire only reputable U.S. licensed lawyer as USCBP does not recognise Canadian lawyers or legal consultants as legal representatives.