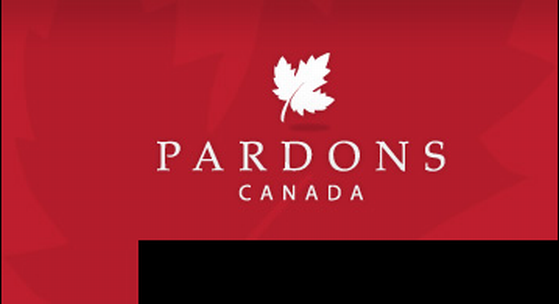 Canada's Pardon System- How you can get benefited by it

If you ever watch American crime shows on television, you may have noticed that people sometimes talk about getting their record expunged so that a crime or series of crimes that they may have been tried for do not show up on their future record.

For Canadians, the process is known as a record suspension.  It is still sometimes called the pardon system because you used to receive something called a pardon when your application was accepted.

Here are some reasons that it makes sense to pursue a record suspension in Canada should you have a previous conviction:

You can get better jobs:

There are some companies that will balk at the prospect of hiring people that have existing records.   In the the US, the alternative is often for people to join the armed forces for a while until their work experience allows them to show that they have been continuously doing something positive.

If you are looking for a job or planning to travel in the US, there is a US waiver form that can be applied for after you have started your record suspension documentation in Canada.

In Canada, if you have all your ducks in a row, you work through the nine step process, get your record suspension approved, and then start applying for jobs as an individual with a clear record.

You have an opportunity to start again:

Getting a second chance in life when you’ve made some mistakes is not that easy in some countries.  Fortunately, in Canada, people have the opportunity to start over, A record suspension is a legal instrument that takes any and all offenses that you have and seals them so that the general public will never know that these things occurred.

Of course, the best way for someone to take advantage of the opportunity to apply for a record suspension is to find a solid partner that is able to help ensure that you put your best foot forward.  One example of a firm that specializes in work related to record suspensions, www.pardonapplications.ca/, has developed such a strong system that it should provide you with one of the best opportunities to pass without paying what you might have had to pay.  They offer both record suspension service and US waiver service all over Canada.

It doesn’t take that long to win your freedom:

A lot of people have noticed that with 9 steps for each candidate to clear, the process may seem like it will take longer than it actually does.  In most cases you can assume that going application process will take from a year to a year and a half.

Every step of the way there are going to be ways for you to work with your vendor to ensure that you can both move to the next level and expedite the process while you are at it.

What if you discover parts of your record that are incorrect?

It should not be a problem to go in and clean up individual instances of you being falsely accused while you are going through a program as a series of steps.  On the other hand, if it will not affect your future life, you may choose to have the suspension cover everything, even the parts which you dispute.  It is up to you.  There are instances where it could help you more career-wise and life-wise to take care of mistakes that never happened so that they never existed in the first place.  On the other hand, as that is what a pardon or record suspension is for, there is some wisdom in not duplicating what is not necessary.

Record suspension in Canada is a worthy goal.  The laws are written so that many Canadians have a second chance in life- something that is not that common in many places.  If you can find a good company to help you navigate through the process, you will likely save time and gain money because your new record suspension will go into effect.