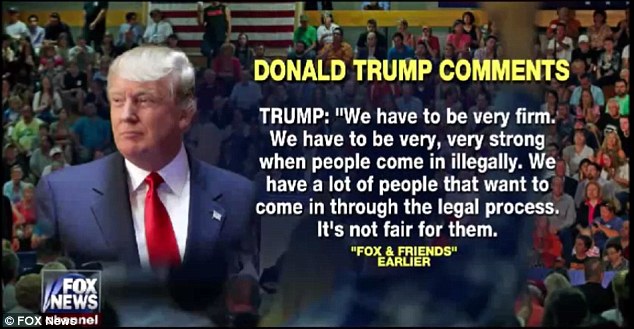 Undocumented Immigrants in USA in state of uncertainty and Confusion

As USA’s reigning president Donald Trump is all set to execute his much debated executive order on immigration, the immigrant population of USA is wondering regarding their future in the country. The government officials have repeatedly said that there is no need to panic and no mass deportation is in effect but the rising number of inquiries and detainment speak otherwise. The deportation of undocumented immigrants in USA has created havoc among the people.

The predicament of Undocumented immigrants in USA

Individuals who have crossed borders and entered American soil in search of job opportunities have been living peacefully for years. They even have families where their children are legal US citizens. Now all of a sudden they are deemed illegal and face the threat of deportation. The quotidian lifestyle of immigrants has undergone a sea change in the present scenario.

Individuals who are not legal immigrants have taken recourse to self imposed restrictions; they have limited their daily activities and refrain from going outside after dark in fear of harassment. The detention and deportation is not based only on criminal track record of Undocumented immigrants because the mandate of the executive order treats all illegal immigrants as possible detainees. This dire situation has created a terrifying atmosphere with more immigrants becoming increasingly intimidated by the detention and deportation procedure.

Families where one or both parents are Undocumented immigrants are desperately contacting their respective lawyers every day for legal advice and steps that can be taken to safeguard their children. In fact, it happens to be so that immigrants are stepping out of houses only if it is absolutely essential, even sending kids to school is getting jeopardized due to the fear of sudden inquiry and arrest.

Parents are trying to procure citizenship of the country from where they have immigrated so as to avoid unnecessary complications in the event of deportation. Others Undocumented immigrant parents are trying to procure a trustworthy custodian who can legally act as the foster guardian of the children in America if they are deported. But all these legal measures fail to acknowledge the importance of a family because if parents are evicted from the country how will the children survive without love and care. Even if the whole family goes back then it will be hard for all of them to adjust to a new lifestyle in a new place as they have been leading a well-settled life in USA since their immigration.

Another atrocious aspect of Donald Trump’s executive order is that it does not differentiate criminals from commoners. Many people arrive in USA each year for employment in different sectors; they have no ulterior motive for immigrating into U.S. soil except for leading a better and secure life. Ironically those who came here for a safe and secure life are seen as a threat to the safety and security of the country.
It is difficult to align this act of deportation with any positive aspect because till now it has created nothing but a riotous upheaval and succeeded into frightening innocent immigrants and destabilizing their families.