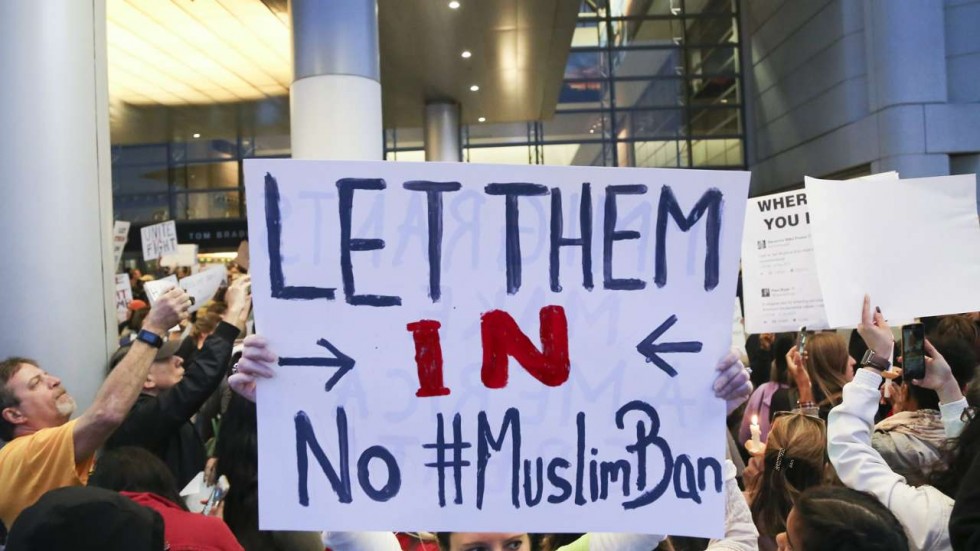 The executive order passed by the 45th president of the United States of America on January 27, 2017 known as the infamous immigration ban entering USA has caused a furor among the general public in Virginia due to its anti-public and undemocratic stance.

President Donald Trump’s executive order prohibits anyone residing in the mentioned Muslim countries from entering the US. Seven countries which have been identified as per the order include Libya, Iraq, Sudan, Yemen, Somalia, Iran and Syria. This new order which is part of a string of orders that has been passed by the U.S. president in the last few days has caused national and international uproar. The pervasive consequences of the immigration ban are apparent from the extensive defiance of the citizens against this order.

Discussions in 30 Seconds hide
1 Events Post Trump’s infamous Immigration Ban Order
1.1 Legal battle against the Immigration ban
1.2 The initiation of the contempt of Court movement
1.3 The present plight of Immigrants under detention
1.4 The bleak outlook for Immigrants in USA
1.4.1 Related Read- Would Trump’s Stand on Immigrants Scare away International Students bound for USA
1.5 About Post Author
1.5.1 Raima Sen

In order to delve deeper into the initiation of this mass uproar in Virginia the following events are documented:

Legal battle against the Immigration ban

The eastern district of Virginia acquired a provisional stay order against the sudden immigration ban which was given by District Judge Leonie Brinkema. It clearly stated that lawyers would be given the opportunity to communicate with their respective clients who are permanent citizens of the U.S.

This provisional stay order forwarded by the federal court of New York directed custom officials to stop the expatriation.

The initiation of the contempt of Court movement

The stay order has been knowingly flouted by the officials as the people who have been kept under detention for the past seven days in Dulles International Airport are still not released. The immigrants are still kept detained and are deliberately debarred from communicating with lawyers.

Customs and Border Protection authorities have continuously disregarded the court order and followed the immigration ban plan and prohibited the admission of lawyers and Congress members.

Virginia then furthered its defiance against this immigration ban and has therefore requested for punitive action against the President and allied government personnel for deliberately disrespecting a legal court order.

The present plight of Immigrants under detention

Everything is in a state of absolute mayhem after the immigration ban. The detainees and their distraught family members are left clueless. The legal system too has received a rude shock along with its members.

When a legal order is rendered redundant by government officials then the hope for achieving a reasonable conclusion and peaceful solution diminishes exponentially.

The bleak outlook for Immigrants in USA

The immigration ban has created widespread disdain among the public. The lack of communication and solidarity between the legal and executive system of a country will invariably lead to dire consequences. According to many, the country may be pushed to the brink of a constitutional catastrophe.