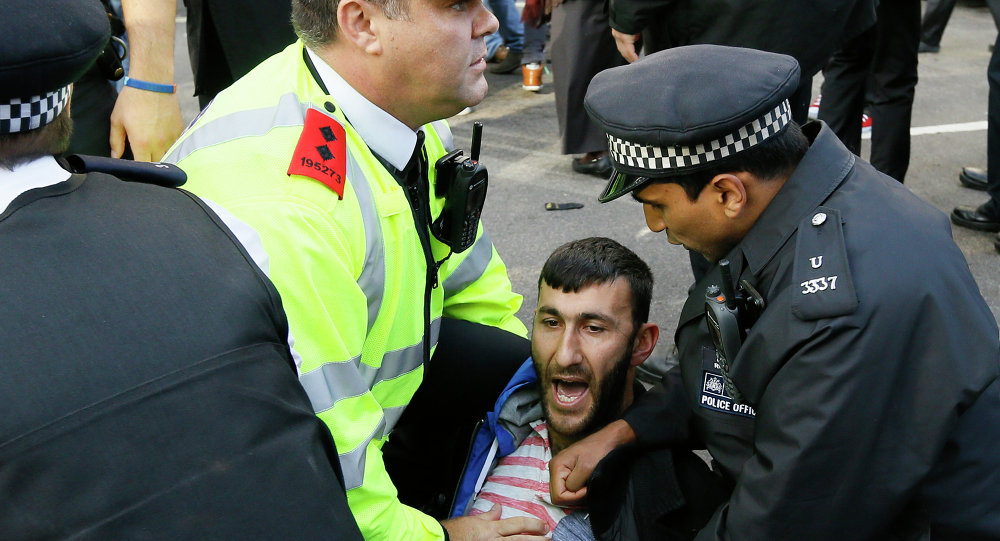 People adopt plenty of modes to enter UK illegally like overstaying after the expiry of visas or false marriage with UK nationals or creating a fake profile of life and work of applicant in any European countries. All in all most immigrants take advantage of the European-free movement act. How simple is it to work over there for a while and married EU people and get entered with spouse into the UK isn’t it?

The nationals of other countries totally abuse this law of immigration system. Although the UK does not have written the constitution, its laws and acts are certainly firm and charge the people and frauds highly.

Discussions in 30 Seconds hide
1 What Modus Operandi do They Use to Enter UK illegally?
1.1 Get Married to non EEA person and stay legally in UK without Immigration Documents
1.2 What Are The Pitfalls of entering UK illegally?
1.3 What Is Percentage Success of Illegal staying in UK?
1.4 What If Caught staying illegally in UK?
1.5 People Destroy their documents- What Are Implications?
1.6 Wrapping up the debate- should you move to UK illegally?
1.7 About Post Author
1.7.1 AnchalT

What Modus Operandi do They Use to Enter UK illegally?

The people who are involved in the illegal UK immigration mostly use the one mode called “Surinder Singh Route.” This name is given by the super controversial immigration court case. According to the immigration laws of European Union, if you are a citizen of UK and get occupied in another European country for job or work for a period of time then you are under the consideration of EU laws.

According to the EU immigration acts, if you get married to a non-EEA person then you and your spouse are permitted in the UK without any immigration documents which are mandatory in Britain. This mode of immigration has been adopted widely from 2012. Later on, UK government ruled for the minimum income one should hold before bring a spouse having a citizenship of EU.

What Are The Pitfalls of entering UK illegally?

For the show up of fake life in European countries, one has to pay thousand pounds to the fraud officials and agency. The agencies are running a business to make it real by gathering lots of money from the applicants. Moreover, the candidates cannot work in respective companies or firms due to highly strict immigration acts.

The fraud agencies create new bank accounts, payslips, job history and income tax payment receipts. All this mess is created to make it real for the UK immigration service. Moreover, these things are essential for the practice of EU treaty rights. Hence, you got to spend thousands of pounds over the frauds to show a fake life and work.

What Is Percentage Success of Illegal staying in UK?

As per the report, plenty of people has been occupying from the purpose of bringing their family into the UK. The migration of 20,000 non-EEA family fellows takes place in this country per annum. Thousands of UK nationals bring their relatives with the help of this mode. Moreover, this is developing as a business at major extent according to the UK authority.

Surprisingly, from the business personnel to the government officials are involved in this scam and have made a million pound fraud. Hence the major concern is the scam certainly has ringed the bell of danger on the European-free movement rules.

What If Caught staying illegally in UK?

Heavy Penalties when caught working illegally in UK- Det Supt Stephen Courage, an official from the Garda National Immigration Bureau, did shocking revelation that the frauds are charged about £25,000 for creating the fake and false life of applicants. If the person gets caught working illegally, then he can be sentenced a prison of 6 months. In some cases, the offenders charge with level 5 penalty and prison as well, due to fake immigration status.

Moreover, the company also gets penalty up to £20,000 for designating employees who have improper immigration status or who enter UK illegally. Recently the UK government has ruled a new law which certainly puts a ban for the people to re-enter into the UK for ten years.

People Destroy their documents- What Are Implications?

Wrapping up the debate- should you move to UK illegally?

It is tough to know how much people are occupied and enter UK illegally. But the number of illegal immigrants is getting increased per year. Moreover, the astonishing thing is illegal immigrants work in companies as well. Hence, we can say white collar people are also involved in expanding their business through helping them to settle down in the country.