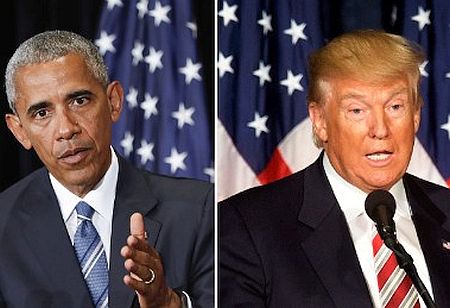 US President Barack Obama has revealed this in a latest step.

Obama says no to deportation of 820,000 immigrants—Obama refuses to deport 820,000 undocumented immigrants guilty of criminal offence.

Official records reveal that nearly 820,000 undocumented immigrants are living in the US. The numbers could be larger. They have escaped from getting deported under Obama’s regime. This is despite the fact that they are guilty of serious offenses.

There is a growing fear among immigrant advocates about change in deportation policies under Trump’s ruling. They fear that such policies may be wielded during Trump’s presidency. That’s due to his promise to act tough on undocumented immigration. It’s a term used by Trump repeatedly during his pledge on targeting immigrants for deportation.

Would Trump deport Immigrants accused of low level crimes?-Majority of undocumented immigrants have committed only low-level crimes. These are considered as deportable offenses but are minor. These could be traffic or immigration violations. To make things clear, driving without a license is considered to be a misdemeanor in Georgia. Hence, it’s a priority deportable offence. Entering the US unlawfully is a misdemeanor as well.

Hence, many immigration advocates fear that such minor offenders may get swept up under Trump’s crackdown. Trump spoke of deporting around two to three million undocumented immigrants. And it appears that Trump may go beyond those guilty of serious felony for deportations.

What do you think? Would Trump deport Undocumented Immigrants in large numbers? Would US industry be able to sustain it? Would it increase jobs or kill supply of manpower to US industry? Please share in comments below

What are Compassionate Care Benefits in Canada? 2 min read

What are Compassionate Care Benefits in Canada?