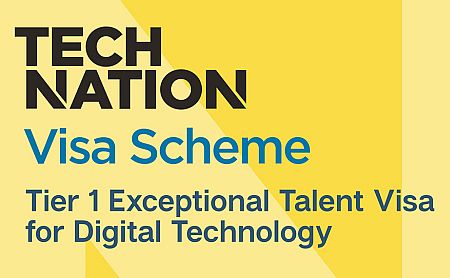 “Increase in UK Tech Visa Applications after Simplified Rules has been noted in a latest move.”

This has been specifically notable following Brexit vote. Applications have witnessed a significant increase over the last year. This was revealed by the government organization behind processing of UK special visa applications, Tech City UK.

Record number of UK visa applications–It may be notable that the UK government had relaxed UK visa norms. This meant enabling talented foreigners from firms to apply for these UK visas as a group. This allowed individuals possessing exceptional promise to get qualified. Since April this year, the number of applications has touched a new record in the month of November 2016.

Its the UK Tech Immigration visa. It is meant for non-EU tech workers wanting to work in the UK. It is managed by Tech City UK. The scheme was launched by the UK government in the year 2013. It was aimed to lure more talented coders and engineers from the world over to the UK.

Although, it began at a slow mode by attracting only seven foreigners applying for a total of 200 available spots in the initial year. However, since then, things have been showing remarkable trends. More than 200 foreigners applied for UK Tier 1 Exceptional Talent Visa for Digital Technology since the month of April this year. This is a great move from just 20 during the same period a year ago.

Its being estimated that all 200 UK Tech visas shall be given out in the year up to April 2017. It really proves that the UK Tech visa is a highly popular visa with tech workers in US, India and Nigeria.

The results are really encouraging and promising, stated Grech. Tech talent is a developing part of the UK economy and tech talent is, undoubtedly, a scarce resource, he added.