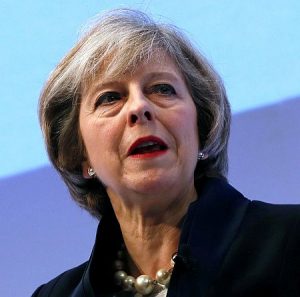 UK PM May announced this step just a few weeks after the increased fee was introduced. The tribunal fee increase was proposed in April this year. It became effective last month. This led to a fee hike of as much as 500 percent in some cases.

Details of the fee hike—The fee hike before the UK government announced to freeze the increase is  being given out in details here. Well, the charge for bringing a case to any first-tier tribunal went up to £490 from the £80. Oral hearing fee went up to touch £800 from £140. Those wanting to appeal any decision to the upper tribunal had to shell out £455. Before the fee hike, there was no fee for doing so.

The then-minister Dominic Raab had justified the fee hike saying the rise in fee was needed to help cover the costs of running the courts and tribunal services.

Fee hike scrapped after overwhelming opposition—Well, it may be notable that the UK immigration fee hike was opposed after widespread opposition in public consultation. The increase fee was dropped in a U-turn by the UK Ministry of Justice.

The scheme might have led to nearly £34m annually. As of now, all the increases in UK Immigration and Asylum tribunal fees are abandoned now. The department shall be undertaking a detailed review of fees in the coming times.

That’s something great for many. Sir Oliver Heald, the minister responsible for courts and justice, stated in a written parliamentary statement, that all applicants shall now be charged at previous fee levels (before the fee hike was introduced).