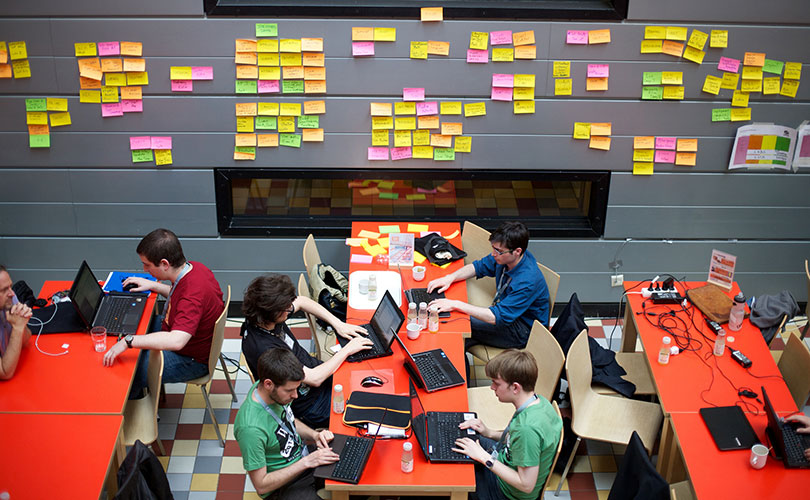 Discussions in 30 Seconds hide
1 Canada is set to introduce a 30 day work visa to enable tech giants to hire foreign tech talent. The visa would allow multi entry and would be valid for a year
1.1 About Post Author
1.1.1 AditiJ

Canada is set to introduce a 30 day work visa to enable tech giants to hire foreign tech talent. The visa would allow multi entry and would be valid for a year

The federal government of Canada brings a great news for skilled tech experts from foreign countries who are willing to join in Canadian tech giants. In a recent briefing, the authorities have revealed that the firms dealing in technology business and support will be allowed to bring in top class technical experts to work for them from overseas within a short period of two weeks only. Already, this insight has generated ample amount of appreciations among the companies as well as among the tech savvies who are desiring to work for Canadian entities.

The plan was announced by Canada’s Finance Minister Bill Morneau and he further stated that this initiative is taken by the government authorities keeping in mind the need of foreign tech talents which are lacking in Canada and which are unavoidably needed by the country’s major companies and growing business initiators to stimulate the rapid growth of Canadian economy.

The leading Canadian tech firms like Shopify and Hootsuite, have appreciated this bold initiative with folded hands. They have also stated that this will open new gates for the growth of this country as overseas employees contribute much effort for the advancement of the country’s financial sphere.

Additionally, this plan , if implemented properly, will make it easier for the tech firms to expand their profitability and to indulge in other sectors for the growth of business line up. However, the initiative seems to come from the government’s end after a number of feedbacks submitted by the organizations involved in tech business from a long time to ease up the immigration process for tech talents from all over the world.

According to the new plan, the companies, which qualify to get visas and work permits, will be allowed to get approval within two weeks for welcoming overseas tech experts to work for them.

It should be noted in this context that under the present protocol the immigration procedure of foreign employees takes a minimum time of six months to be completed. In addition, it is also hinted that the government will also create a 30-day work permit term which can be spread across a year. Under this term, the companies will be allowed to bring persons for short timed employments without the frequent need of new paperwork for permission.